Weekend WTF: All Fried Everything

Fried Kool-Aid is the newest of favored fried foods for sale at state fairs this summer, but maybe the usual fried “Zucchini Weeni,” a hot dog wrapped in zucchini and dipped in batter, is more your speed. 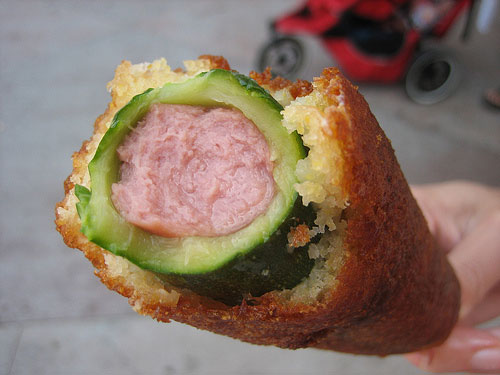 At the San Diego County Fair, where fried Kool-Aid made its debut June 10, entrepreneur “Chicken” Charlie Boghosian, 42, tries to come up with new and unusual fried foods to add to his menu every year. 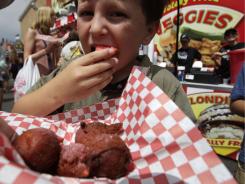 To make the newest treat, Boghosian creates a thick batter with Kool-Aid drink powder and uses an ice cream scoop to drop balls of the mix into the fryer. An order of six or seven costs $5.95.

“Quite a few people wanted me to tell them the exact recipe, but I won’t tell,” Boghosian says. “I have not heard anyone who has tried it and hasn’t loved it. It tastes just like the drink, only you are eating it.”

Boghosian is one of many entrepreneurs frying up unusual things. 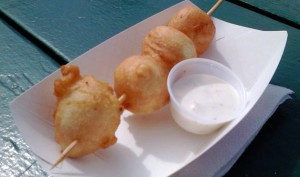 Start this off with fried bacon cheddar mashed potatoes... 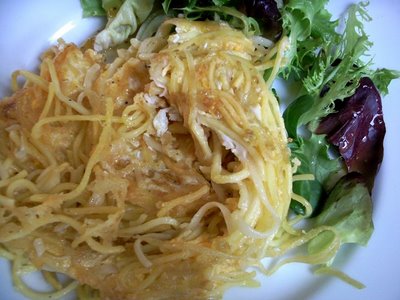 ...fried spaghetti, courtesy of A Glug Of Oil.

•The Minnesota State Fair has deep-fried spaghetti and meatballs, bacon cheddar mashed potatoes and bologna, all on a stick. 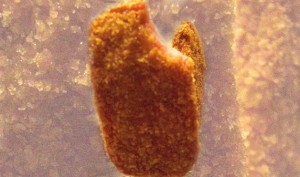 •Spam’s online recipe exchange has a suggestions for ways to eat fried Spam. 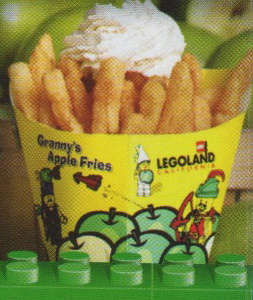 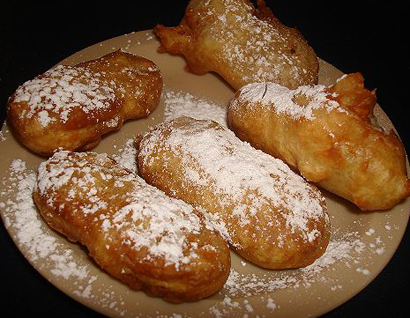 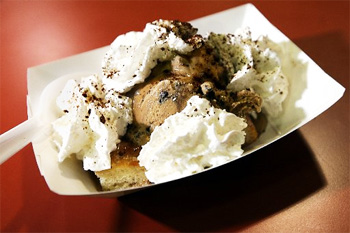 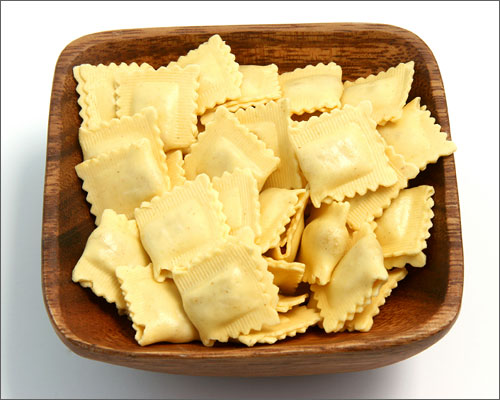 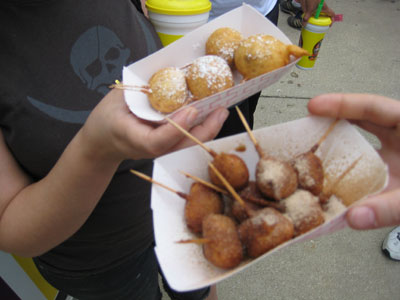 “It’s not the most healthy thing for you, but people have come to expect fun food at fairs and fun food is fried food,” says Mark Zable, who calls himself the “inventor of fried beer.”

Zable, 40, of Plano, Texas, fills pretzel dough with liquid beer and deep fries it. “Fried Kool-Aid is Kool-Aid-flavored dough balls,” he says. “If I was going to fry a liquid, I actually wanted it to be a liquid.”

Whatever the technique, Boghosian knows the deep-fry approach sells.

“The first thing I invented was the deep-fried Oreo cookie,” he says. “I have sold over 2 million cookies since that time. … We have sold over 500 pounds of Kool-Aid mix and thousands of pounds of flour.” [source]

Fried butter? Y’all sure Paula Deen wasn’t there? I know that’s her swag.

Weekend WTF: Have You Considered Trying The Poop Burger?

OMG the fair! I went to the strawberry festival in Plant City, FL last year and witnessed the deep fried twinkie, deep fried Pepsi, deep fried Snickers and chocolate covered bacon. I was in shock!

I couldn’t believe all of the “deep fried” what have you’s. But then again, I guess my strawberry milkshake and the slice of strawberry pizza I ate wasn’t all too healthy either 🙁

Fried butter? Fried beer?!? I can do fried apples… Just give me some cinnamon and powdered sugar. And I can see fried kool-aid if the batter is heavily sugared and flavored with kool-aid. My aunt would make fried Spam and fried balogna sandwiches for her family. But HOW do you coat a stick of butter and fry it? I’ve had dimsum dumplings with hot broth inside and that not the most pleasant feel in my mouth. And messy too…

I feel….like this is disgusting. And I’m a southerner who grew up on fried food. lol

I have to confess that french fries (or rather, fried potatoes) and I are good friends. I just make them myself now rather than buying them and deep frying them. Anyhoo, I’m still in awe of what people can batter and fry! I guess that’s what those festivals are for, lol. I’m hoping no one has fried butter and the like on the regular.

Melissa,
I’m in the Tampa Bay area as well, but have never been to the Strawberry Festival. I’m a transplant (been here a little less than 2 years). I’m not one for festivals, but now I’m curious!

I’m sorry to say that fried Oreos are fantastic: Hot, melty, chocolately. Luckily, you can only eat about a bite and a half before you think you’re going to die.

Fried Twinkies, on the other hand, are the worst of chemical-flavored non-food.

A fried oreo, then, must be battered and deep fried tragedy.

Biting into a fried twinkie, however… let’s just say it should come with pen and paper. Y’know, so you can pen your suicide note.

Maybe it is just me but I think this is fun. Now I wouldn’t say this is something people should eat everyday or in excess when trying. However I think food is fun and a part of that fun is creating crazy and different things. Working in pastry frying malasadas I would start thinking what else can I do with this. We fried blueberries, cookie dough, bananas and ice cream. It was a blast. I know I would sample half of those foods up there because I do not take food too seriously. I would sample but I wouldn’t eat it all day everyday. I think there are people that eating like this is a life style and I find that gross but I am not like that. If you think that makes me a bad person sorry :/

I don’t think it’s about you being a “bad person,” but about what should be considered “worth it.” Just dropping something in a deep fryer after covering it with super-thick batter seems a little too pedestrian for the purpose, here.

My stomach is definitely turned, twisted and all knotted up now. I’m from Texas and have seen this crap at the fairs. Let’s face it – people will sell whatever people buy (or vice versa).