Deaths Related to Botched Booty Work Still on the Rise

I don’t have the words to express how sad this makes me:

The Miami Herald reports the official autopsy indicates [Betty] Pino died from complications sustained after an operation to remove silicone implants placed in her buttocks back in 2009. A month after the removal procedure, the radio host was diagnosed with sepsis, a potentially life-threatening internal response to infection which causes inflammation throughout the body. 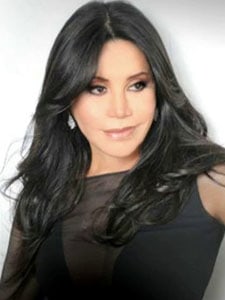 She was hospitalized to treat the condition at least twice, and eventually lapsed into a coma where doctors used machines to maintain her organ function.

During the last days of her life, Betty Pino had to have her hands and feet amputated in an effort to prevent the spread of infection, but she ultimately lost the battle and her life.

The doctor responsible for the cosmetic procedure denies it had anything to do with Betty Pino’s death, but the autopsy report indicates Pino had been experiencing complications related to her butt implants since receiving the original “hard” implants 20 years ago.

She eventually switched to saline implants which also caused her trouble, and, in an effort to find a more suitable way to enhance her curves, Pino opted to have silicone injected into her buttocks.

“Over time the tissue in the buttocks hardened and deformed, causing pain,” stated the 17-page autopsy report obtained by el Nuevo Herald.

Betty Pino, who was then in pain due to her cosmetic procedures, sought to have the silicone removed and eventually underwent surgery for that purpose, performed by Dr. Constantino Mendieta, a buttocks reconstruction specialist who is certified by the American Board of Plastic Surgery.
After several hours Pino was sent home, and the autopsy report states she eventually began to suffer from surgical wounds, which became infected and would not heal.

“She was admitted to the hospital with sepsis due to infection of her surgical wounds, and after a period of hospitalization with multiple medical and surgical complications, she died,” states the autopsy. [source]

I want to highlight a handful of things, here:

1) She’d been dealing with complications from these implants for twenty years. When people get implants or injections, do they even think about what that’s going to look or feel like 20 years from now? Or are they simply saying “Oh wellsies, I had the money to get them now, I’ll have the money to fix them later?” (Take it from someone whose Mom just raked up a $700,000USD hospital bill – some stuff, you just may never have enough money to handle.)

2) Pino had to have her hands and feet amputated in order to prevent spread of the infection. Sound like someone else we know?

3) She went to a specialist who is certified by the board, and still suffered greatly, eventually leading to her death. She was hospitalized twice. Is the risk seriously worth it?

4) Here’s my last question – she was dealing with this for twenty years. The question needs to be asked – was it common knowledge that she’d had this done? How many other women are secretly getting booty injections, contributing to a false aesthetic and causing women to envy a “natural booty” that isn’t quite naturally homegrown at all?

At what point do we simply take the steps to opt out of a beauty aesthetic that requires us to put ourselves in this much danger? How many different ways should we be expected to alter ourselves in order to meet an unnatural standard? Who sets these standards, anyway?

For more on booty work:

So…We’re Out Here Eating Like Werewolves and Calling It a Diet, Now?

That’s really sad… Scary even… what women can do to look a certain way. this is beyond what I can understand. I’m voiceless…
Actually, I hardly hear anything about the deaths caused by these surgeries, I see fake booties a lot but nobody emphasizes enough about the danger of these surgeries.
If I was not as informed as I am now, and if I was not self conscious and skeptical enough, I would think that getting a fake booty is an “OK” surgery, like getting a new pair of boobs… *sigh

I still have one question unanswered regarding this fake booty trend: are people actually happier with that? Like was it really worth the suffering (yeeears of suffering)?? Betty can’t answer any longer but I would like to hear from someone who can say that THIS changed her life and made her happy. Damaging one’s health (actually one’s LIFE) to be closer to a fake beauty ideal … ***triple sigh

I’ll admit I have looked into getting my booty done, but using the Brazilian Butt Lift method which seems a whole lot safer than the back room injections or using artificial body fillers because the doctor will take my own body fat, sterilize it, then insert it into my butt. it’s hella expensive and i’m still on the fence and doing my part with my health.

have you tried squats? I follow @alicejhill on instagram and she just posted a progress picture of her booty: rounder and firmer by working out. in just a year… it’s achievable… and safe 🙂

Wow this is so sad. Yeah sometimes I worry about surgery slip ups. What happens to these doctors reputations and are they reported for malpractice. It is important to look into the effects of these foreign substances in the body. Another thing is do these cosmetic surgeons reccomend counseling to make sure that these people dont have mental health issues?
However I want to know how improved her life because it sounds like she suffered alot.

Rereading the articles from your “booty injection” series, and I realized that I was most critical about the horrible consequences these women have faced. NOT the fact that they would choose to augment their features, but that they attempted to change and suffered disfigurement. I know that if we were covering someone who had undergone “successful, natural” plastic surgeries – who looked “great” and had no reported post surgery illnesses well, then I would be (I am) much less outraged. And if I am truly about body acceptance, then that’s not nearly as enlightened as I like to think that I am.

Such a beautiful woman. .so sad she didn’t see it

Thanks for posting this and keep them coming. Sooner or later it’s gonna make a difference to somebody. I read your blog all the time and it wasn’t until today that I scratched breast enhancement off my list. Are their things about my body that make me insecure, yes. Has it stopped a man from loving me, no. I’m just gonna lift, run, eat and repeat until my body is the best that it can be. Elective surgery is not the answer anymore for me.