Home Fad Diets So…We’re Out Here Eating Like Werewolves and Calling It a Diet, Now?

So…We’re Out Here Eating Like Werewolves and Calling It a Diet, Now?

So…this is what y’all are doing to me now, hmm? This is what we’re doing?

The idea is that the moon influences the water in our bodies in the same way that it impacts the tides of the ocean. According to the website Moon Connection, humans are made up of a lot of water (which is true), and when the moon is full or at a new phase, there’s a gravitational pull that can last for 24 hours and affect how much water weight you can gain or lose (questionable). Dieters can follow two plans, the basic moon diet plan and the extended version. The basic version is a 24-hour day of fasting in which you only drink water and juice during the full moon or new moon. That supposedly cleanses your body of toxins, and the website says you can lose up to six pounds of water weight that day (highly unlikely). 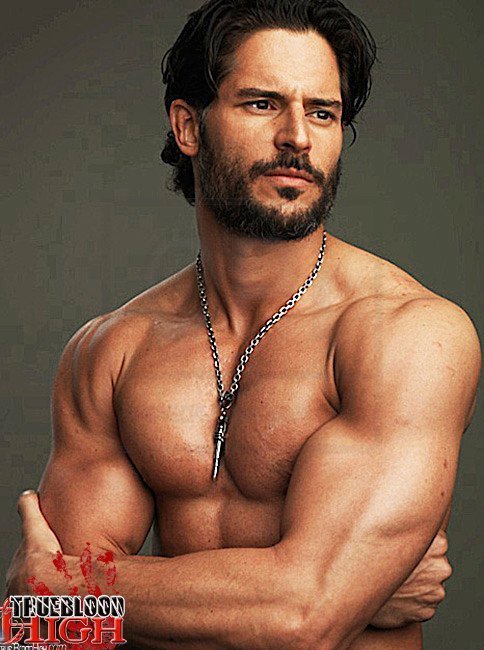 This is TrueBlood’s Alcide, easily the hottest werewolf ever. EVER. NON DEBATEABLE.

The extended version starts with fasting at the full moon and then follows with specific eating plans for the various phases of the moon: full moon, waning moon, new moon, and waxing moon. For example, during the waxing moon, you’re supposed to eat less. “ You don’t have to starve yourself, but you need to be sure to stop eating your meals as soon as you begin to feel full—don’t overeat and don’t give in to cravings! Especially avoid thickeners (sweets, fats, etc.) in this phase,” the site recommends. (Sounds familiar, doesn’t it?) During the waning moon dieters are told not to eat after 6 p.m. when moon light starts to become visible.

While the solid foods the diet recommends — like vegetable soups and other veggies — aren’t so over the moon, most websites promoting the diet warn that it’s not safe to stay on the diet for more than six days. Technically, some juice cleanse diets are similar, but those also raise concerns among nutritionists. They say there is no solid evidence that anyone can lose six pounds in a day. Some people on juice cleanses report some slight weight loss, but that’s typically water weight that will pack back on once the dieter eats solid foods again. [source]

Words cannot express how dumbfounded I am by this. The idea of using the moon to determine when and how you starve yourself is… I am astounded by this. Completely and thoroughly.

A “24 hour day of fasting in which you only drink water and juice” that “cleanses your body of toxins,” where you can “lose up to six pounds of water weight that day?” “Don’t overeat,” and “don’t give in to cravings?” Funny, the last time I tried to starve myself, I’m pretty sure the first thing I did when my starvation session was done… was overeat. On everything. In sight.

I’m so tired of “cleanse and detox culture.” So, so tired. Listen. If you have a healthy liver, your body does a mighty fine job of detoxifying itself. If you don’t have a healthy liver, this kind of diet is only going to make it worse. Detoxification happens naturally – it is neither aided or executed through the means of a goofy 24-hr fast and, even if it did, it most certainly wouldn’t result in a permanent detoxified state especially since you go back to your old, regular, raggedy eating habits right after everything’s all said and done. And no, you cannot live on whatever goofy mixture you were sold for detoxification, nor can you live in a perpetual cycle of detox, rinse, repeat.

You want to “detox?” Eat veggies. Lots of them. In a wide range of colors. Eat them at every meal. Eat them until you are full. Fresh, frozen, canned, whatever. You will be amazed at what comes out of you.

And. If you’re storing “up to six pounds of water weight” that can be that easily dropped in a 24 hour period as water weight, then guess what? You’re better served by double checking your sodium/potassium ratio than you are by starving yourself.

A quick note about that potassium/sodium link from Andy Bellatti for CivilEats:

Research has increasingly demonstrated that what is most important is the sodium-to-potassium ratio and a 1:2 ratio appears to be ideal. This study from the Journal of the American Medical Association, for example, concluded that “a higher sodium-potassium ratio is associated with significantly increased risk of CVD and all-cause mortality”. Other studies have also concluded that consuming too little potassium and too much salt is linked to negative health effects. [source]

Annnnnnnnnd, to be quite honest, the fascination with “water weight” that people have is astounding to me – water weight usually isn’t responsible for the areas people are most likely to complain about on their bodies, areas that are often only permanently affected by… you guessed it, changing your eating habits and exercise.

You know why diets don’t work? Because you are literally taking a vacation from your regular habits to do a bunch of semi-dangerous and semi-unhealthy stuff to try to force your body to drop pounds, only to go right back to those old habits once everything is said and done. And, though I understand the “I’ve got to drop weight for this event!” situation and how it happens, I still don’t believe that diets make you lose the kind of weight most people want to lose. So many diets wind up being fiber-heavy, because most people are eating regularly and aren’t pooping regularly. Most diets tell you to eat potassium-heavy foods, because the average American isn’t getting enough, thereby causing water weight gain (otherwise known as bloating.)

And, let me tell you something – altering the amount of water weight you carry without altering your sodium intake or your potassium intake is a recipe for disaster. There’s a reason the two are linked so closely – your body’s natural response to too much salt is to add water; your body is protecting itself from excess salt by diluting it. Removing the water your body obviously felt it needed is a dangerous prospect.

Listen. Listen. Listeeeeeennnnnnn. Don’t do this. Figure out how to change your eating habits in a permanent way that results in the permanent weight loss you desire in a healthy fashion that doesn’t sound eerily similar to “starvation.” If you’re looking to get rid of excess water weight, the problem – and the solution – can be found in the way you eat.

…just a polite reminder of who Alcide is.

I’m sure you do, too. But Alcide doesn’t even eat like this… and he’s foine. Don’t do it.

Gotta Get It: The @BlenderBottle GoStak Makes Your Snackables Stackable!

Deaths Related to Botched Booty Work Still on the Rise

The Quick Fix is Never Quick, and it...

You Knew That Flat Tummy Tea Was a...

Q&A Wednesday: What Do You Think About Intermittent...

Girl, what?! Don’t eat when the moon is…ch..I’m so done with the weird “ordered” disordered eating (aka diets). It is a practice in frustration.

wtf is this, the middle ages? anybody out there looking for a fountain of eternal youth or the garden of Eden diet?

Wow this can’t be real.

*DED*
I done heard everything.