Now, if you’re leaving off from here, you’ll remember that we still have this: 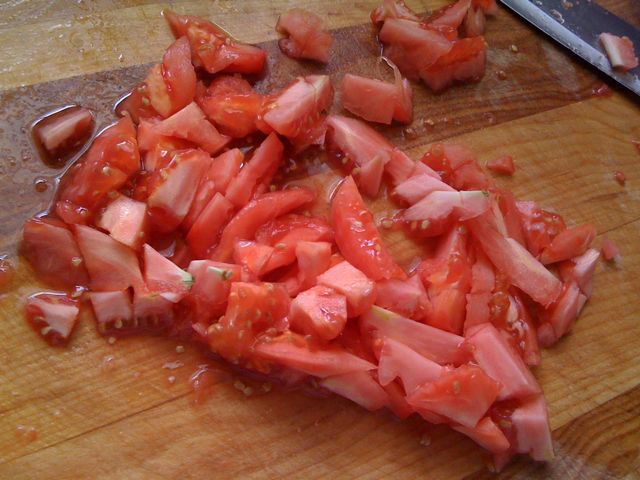 …that we have to deal with. Now, because I don’t believe in wasting anything, I figured we’ve got to figure out what to do with these tomato guts. So… I grab a cucumber, and I do this: 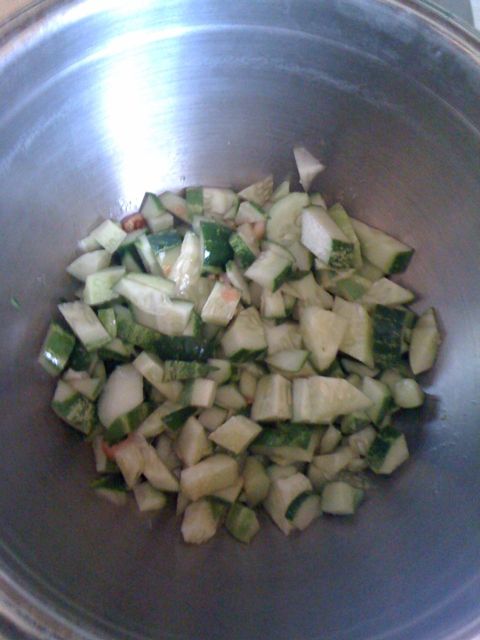 Then, I dice up those tomatoes a little more, and toss them in the bowl with the cucumbers: 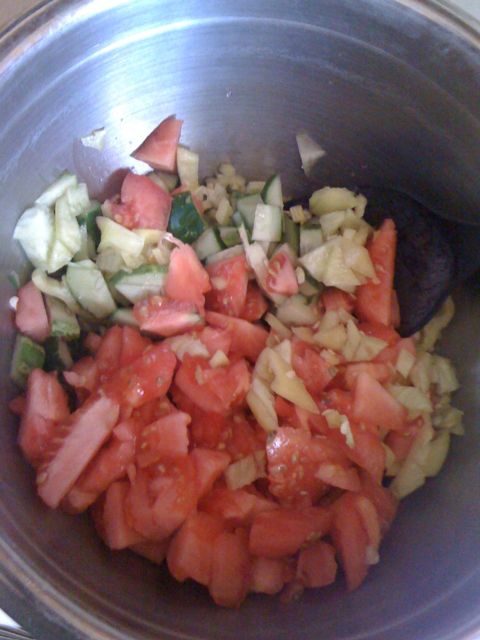 I’ve got approximately four cups full of mixture, so I’m going to add two tablespoons of sugar, a half cup of vinegar and a half cup of water to the bowl. Because I want to jazz it up a bit, I even grab a little banana pepper and throw it in there, too. (That’s the little yellow bit in the upper left hand corner of the bowl.)

Stir it up, then toss it in the jar: 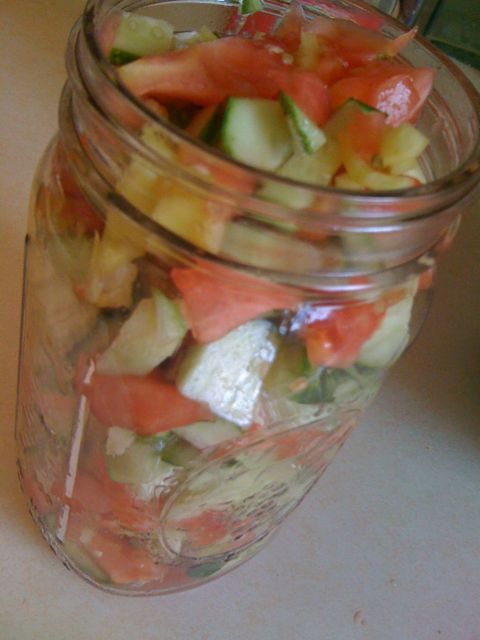 Make more of that half vinegar/half water mixture and pour it in the jar, high enough to cover the top and fill in the air spaces, and seal it. Ta-da! Stick it in your fridge… and you’re done!

What do I use this for? I use this as a topping on my salads. It’s sweet, its tangy, its juicy… and it serves as a wonderful dressing. Told y’all I was cheap! I made relish out of old tomato guts and cucumber. Call me… the recessionista!

Revered Obesity Expert: “Obese Children Should Be Removed From Homes”

Another Peanut Butter Recall: Why Does This Keep Happening?

Love your blog and this recipe.

I am trying to eliminate sugar from my diet, what would you recommend in this recipe as a substitute?

Just skipping the sugar. There really isn’t a healthy “sugar” substitute like that. You might as well just get used to not having the direct sweet taste at all.

Is that Apple Cider vinegar or just regular white vinegar?
Thanks in advance

Either or works fine. 🙂

ooh I love to quick pickle thinly sliced onions and put them on fish tacos and other stuff. they are great. I am going to try this one with heirloom tomatoes