Some days, I’d swear I live for spinach. No, really. If all I had to cook with as primary ingredients were spinach, artichokes and red peppers, I could easily make at least a week’s worth of dishes and each one taste different. I just.. I think the stuff’s awesome.

I used to work at a restaurant that sold [what I used to consider] a pretty awesome spinach dip. Granted, it was way more cream cheese and parmesan-romano cheese than it was any green stuff, but it had more than enough fat in it to give off that “mmmmmmmmmmm” feeling. Now, that’s way too much for me.

Now, I’ve got a pretty awesome spinach and artichoke dip that makes me quite happy. Full of flavor and nowhere near as creamy – but still tangy and dippable – it leaves me feeling full, happy and nourished. Total win.

5 cups of thinly (not finely) chopped and diced spinach 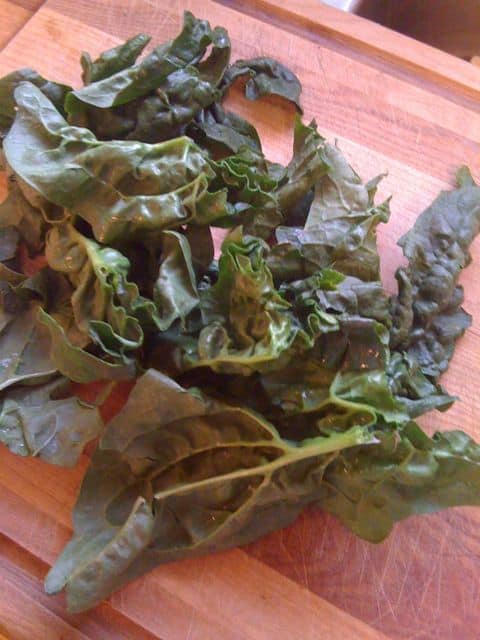 After you’ve chopped your spinach… 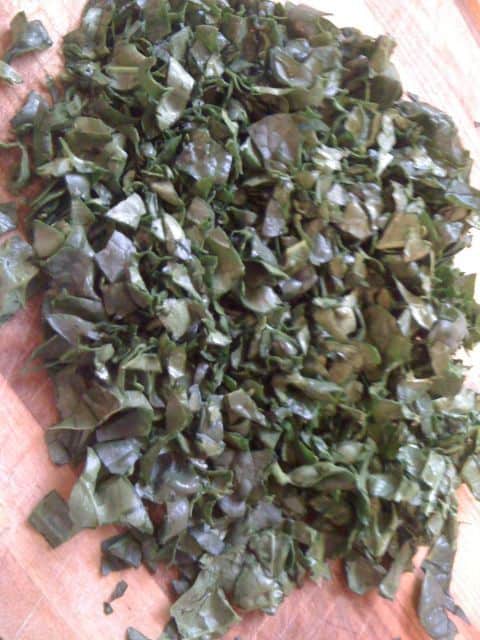 …go ahead and toss it in a skillet with a tablespoon of olive oil on low heat (maybe 4 or 5 out of 10). Next, grab your artichokes, and cut them like below – you want the leaves to separate from the stem. 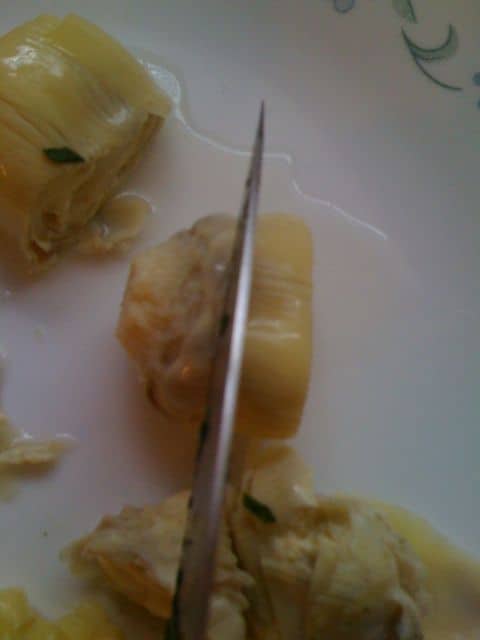 Then, toss them into your spinach. 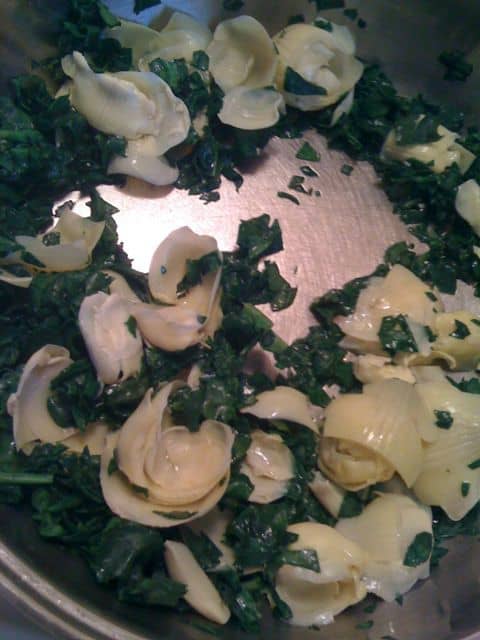 Then, take your diced red peppers, and into the skillet they go! 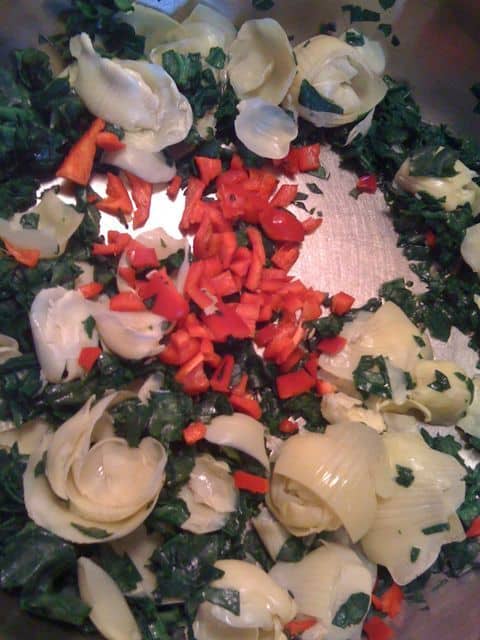 Turn your skillet up to, approximately, 6 out of 10 and after your artichokes become warm, add in your parmesan cheese. Be sure to sprinkle it across the entire mixture, so that it doesn’t glob up in one area. Then, add your paprika. Give the parmesan a chance to melt, then stir it all up. There won’t be parmesan everywhere, and that’s okay. Feel free to taste it for whether or not you think it needs salt – at this pint, the spinach is usually so tangy, to me, that I don’t desire it.

From here, I added mushrooms – just because I’m trying to sneak them into Mini-me’s food, and forgot I was recording the recipe for the site – but you don’t have to do the same. Make your own quick tortilla chips, and voila! 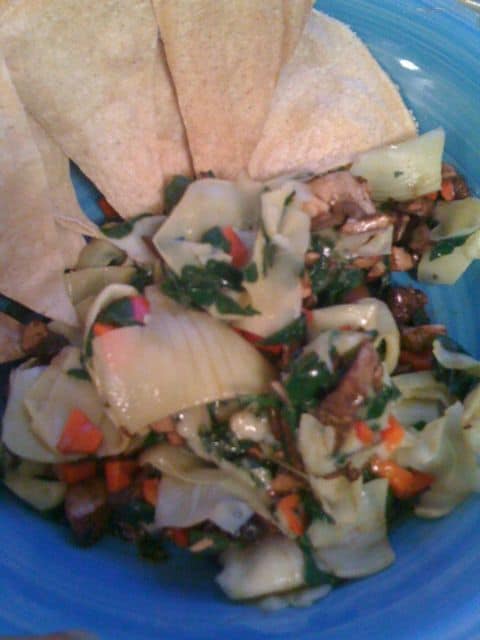 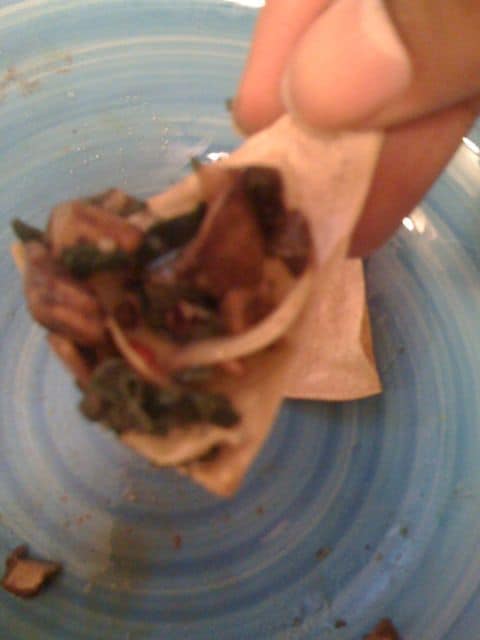 I made this! It came out soooooo good!

LOL Now, THIS came out of MY kitchen! I KNOW it’s good! LOLOL!

[…] soon as my blog friend Erika posted this spinach and artichoke dip recipe, I knew I had to try it. Spinach dip is one of my guilty pleasures and the fact that this one […]

I tried this and it was super delicious!!! omg Even my baby (2yo) was tearin it up!