Home Fast Food Fast Food Scandal in China, and Why You Should Expect it to Keep Happening

Fast Food Scandal in China, and Why You Should Expect it to Keep Happening

When I saw the reports coming down the pike this morning, I laughed out of sheer incredulity – an “I can’t believe this bull–” kind of laugh.

But then, I reminded myself: the way things are is the reason why this will keep happening.

Let me backtrack. Here’s what happened:

An undercover Dragon Television reporter found that in June 18 tons of chicken skin that was over half a month past its expiry date had been used for chicken nuggets, and that beef more than a month past its expiry had been used for KFC burgers.The meat was pulverized and processed to extend its shelf life for another year, according to the report. Workers told Dragon Television that the meat smelled but “eating it wouldn’t kill you.”

According to the South China Morning Post (paywall), the Dragon footage shows Shanghai Husi workers “picking up food from the floor and throwing it into processing machines.” Discarded McDonald’s McNuggets were “reprocessed until they passed inspection.”

And, one of the more interesting points about all this is the fact that it was a Chinese-based facility…owned by a company in Illinois.

Authorities are investigating the supplier, Shanghai Husi, which is owned by the Illinois-based OSI Group. A representative told the Xinhua News Agency that the company has a “strict quality control system” and plans to cooperate.

An Illinois company took its operations overseas to China, only to be outed as completely incompetent and nonchalant about it, notifying the reporter of their “strict quality control system” that apparently isn’t “strict” enough, lest we wouldn’t have expired meat appearing in food people purchase.

The aggravating thing about fast food is that the ease of the exchange causes people to take for granted what’s happening there. On a deeper level, food is the thing that provides you energy. It’s the thing that nourishes you. It sustains you. And for many reasons, we choose to entrust fast food restaurants with these responsibilities, ignoring that they may not take it as seriously as we like. In fact, the only thing they might take seriously is the ability to profit off of fulfilling that need.

Since profit is always what comes first for many of these companies, not quality, much gets sacrificed along the way. Different parts of the process – the acquisition of vegetables, the baking of the buns, the processing of the meat – are then outsourced to other companies who promise to handle the task at a cheaper rate than the company otherwise could, themselves. It is then, in that moment, where you get Illinois-based companies in China poorly and lazily processing meat to the point that expired meat gets in the supply. 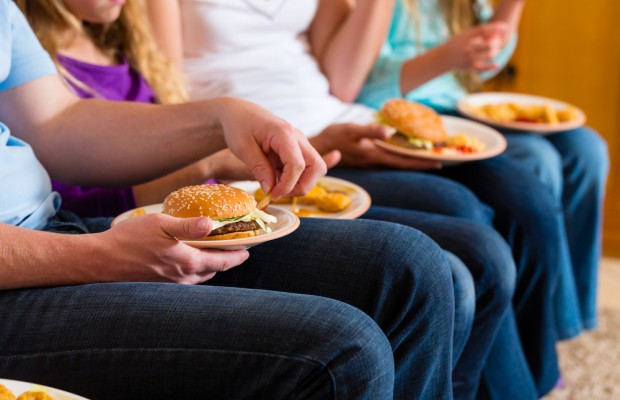 This is also how you get companies unknowingly serving horse meat instead of their designated animal protein in fast food – lots of outsourcing, little oversight, little responsibility.

There is also, I’m sad to say, little reason to believe this isn’t possible in the States. In fact, with every attempt by Congress to pass a law banning journalists and activists from airing footage they’ve captured in slaughterhouses and on farms – something Rolling Stone so deftly covered – we get that much closer to a fast food industry that serves unidentifiable meat. Now, if you don’t care, then by all means – eat up. But what if you do? What if it matters a great deal to you whether you can identify what you’re eating, and that the person who processed it took the care to make sure you wouldn’t potentially get sick from it?

Maybe it’s time to start saying goodbye. Because at this point, I’m not sure anyone can say with much certainty what’s going on, anymore.