Home Out and About Get Life: What Can America Learn From The European Horsemeat Controversy?

Though we keep hearing the names Nestle, Ikea, Burger King, and Taco Bell, don’t be fooled: the tally is actually at 13. 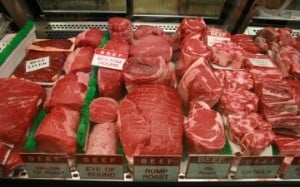 Thirteen different brands, companies, and entities in fourteen countries have been discovered to be creating products that contain as much as 100% horse DNA. What does that mean?

It means that there are European consumers purchasing ground beef products that contain absolutely no cow. Horseflesh is being sold as cow, at the price of cow.

The scandal began in Ireland, when the country’s Food Safety Authority discovered that beef products were found to contain as much as 29% horse, and were being supplied to stores hailed for their cost-cutting and everyday value deals, such as Aldi, Dunnes, Lidi, and Tesco. In less than a week, Burger King’s UK arm dropped Silvercrest Foods as their meat supplier, who seemed to be responsible for the contamination.

Less than two weeks later, a second purveyor, Rangeland Foods, is suspended by Ireland’s Department of Agriculture after the plant is discovered to be producing raw materials that contain almost 75% horse meat. A day later, Freeza Meats is outed as selling meat that is up to 80% horsemeat. Within the next week, countless stores are forced to pull down “ground beef” products that are found to contain, in some cases, 100% horsemeat.

The month of February, 2013 was littered with recalls, broken contracts, and bad publicity: Nestle’s Buitoni brand, Ikea’s Swedish meatballs, Taco Bell’s ground beef taco meat, and countless British hospitals, schools and hotels were all forced to come forward, admitting that they, too, had been snookered.

Should we rest comfortably, knowing that the chance of these European products making it over to the United States is slim? Is horsemeat really such a huge deal? Is there a teachable moment in all of this for America?

Read more of my essay at Ebony.com!

I have no problem eating horsemeat as long as it is labeled as such. This bait-n-switch routine, tho, is unacceptable.

America is not immune. The fact that American food companies allow the inclusion in food of chemicals that are banned from European manufacture already shows they don’t give a damn about what goes into your food, if food companies even know themselves. Personally I’m 99% sure horse meat is in American “beef”. Lets be honest, if there’s horsemeat in Taco Bell’s UK & Spanish restaurants, there’s horsemeat in US tacos. Simple.

Next thing they’ll messing up chicken. Vegetables? Why not?

I live in continental Europe, and I may or may not have eaten some of that meat. (I’m careful about what I buy for myself, but I eat at the cafeteria whenever I’m too lazy/busy to pack my lunch, and horse bits are probably not the worst thing in their mystery meat. The running joke is that whatever doesn’t taste like cardboard must be fresh-caught rat.)
Anyway, one little thing that’s disturbed me about this whole mess is that I’ve heard several people say, completely seriously, things along the line of “whatever, those stupid Brits are whining because they’re in love with their horses, but honestly, getting horse meat instead of beef is an upgrade! I don’t get why people are so upset!” Yeah. Because your feelings on the great beef vs horse taste debate are the important issue here.
There’s also been some debate about what to do with the meat. There were suggestions that it should be given to soup kitchens (as most of the stuff wasn’t actually unfit for consumption, it just wasn’t from the advertised animal), which split people into the “eww, poor people aren’t dumpsters, how dare you talk about giving them food you wouldn’t eat yourself?” camp, and the “it’s safe to eat, let’s make it available to them and let them decide if they want it or not” camp. It’s been fun (or not) watching rich people tell everyone that *they* TOTALLY wouldn’t eat that shit even if they were starving and so nobody else should, either.