Home Health and Health Care Your state’s approach to ‘re-opening’ tells you whether they believe Black Lives Matter.

Your state’s approach to ‘re-opening’ tells you whether they believe Black Lives Matter.

All across the country, we’re watching communities go through the same thing we went through here in New York, people testing positive for coronavirus disease (or COVID-19), and then the mad scramble for hospital beds, ventilators, personal protective equipment. Hospital staff enduring the experience of watching patients’ health deteriorating rapidly, having to deliver painful messages to loved ones, having to explain why they can’t stay by their loved one’s side.

I’ve been here. I know the trauma. It hurts on a deep and abiding level. It hurts to watch someone else experience it, and know you can’t erase that pain for them. 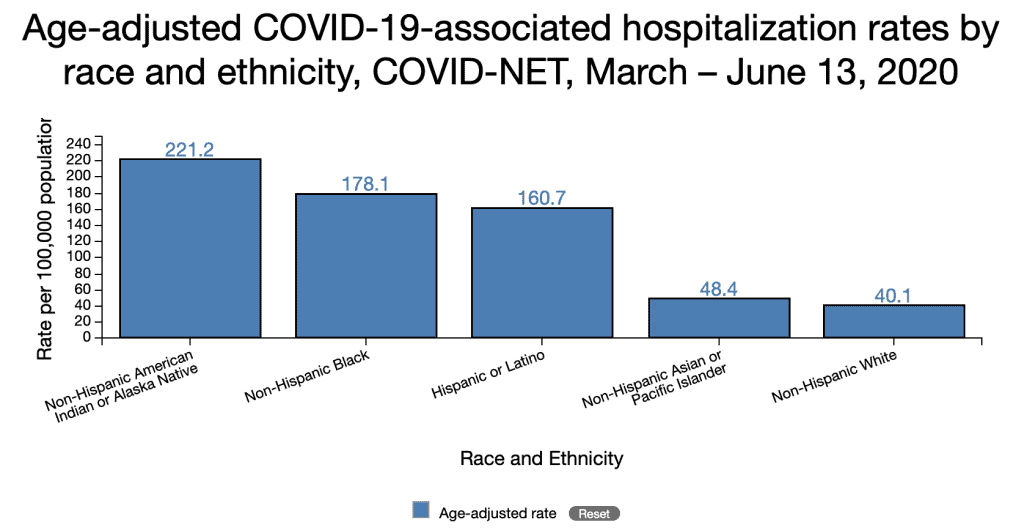 According to the latest data about which communities are the most adversely affected, well, it’s exactly what many of us thought. And these are merely the rates of hospitalization—this is only the cases severe enough to warrant a trip to the ER. We have no idea how many people are suffering in the privacy of their own homes.

In cities across America, the numbers are stomach-churning. In numerous reports issued in late April and early May, we saw whole cities where over 60, 70, 80% of those hospitalized were Black and brown.

And then, the narrative was set: Sure, the disease might be deadly and dangerous, but it’s only really killing Black people, so… that’s technically their problem, not ours, so we can go back to normal again, right?

Worse off, it has been implied that our sky-high death rates from COVID-19 is directly linked to—something that’s just as much as a dog whistle as “welfare queen”—our cleanliness. In a hearing on the disease and its disparate outcomes, Ohio State Senator Steve Huffman, who is reportedly also an emergency room doctor, asked:

“My point as I understand African Americans have a higher incidence of chronic conditions and it makes them more susceptible to death from COVID,” Huffman said in a public hearing.

“But why it doesn’t make them more susceptible to just get COVID. Could it just be that African Americans or the colored population do not wash their hands as well as other groups or wear a mask or do not socially distance themselves? That could be the explanation of the higher incidence?” [source]

We are dirty and unhealthy, and our deaths are not something wider society should concern itself with because it isn’t a societal problem—it’s a matter of us failing at our personal responsibility to be… clean enough.

From here, the drain-swirling began.

No effort intended to slow down or stop the spread of the virus was worth it. It was painted as “not that dangerous” and “not worth destroying the economy,” even as Black people were lying in hospital beds, depending on ventilators to live. It wasn’t worth enforcing a legitimate lockdown to save lives, all while we watched public health experts beg us to stay home to protecting essential workers from unnecessary exposure, workers who were predominantly Black and brown. People were unwilling to sacrifice to save their fellow man primarily because, at that time, the majority of the lives affected, were Black and brown ones.

It’s not even worth it to wear a mask. Several states refusing to enforce some kind of mask requirement on its residents—presumably because it isn’t politically expedient to tell people the one thing that can save the lives of their family, friends, and neighbors is the one thing these people don’t want to do: sacrifice to save another human life, especially if that life is a Black one.

What we are witnessing is a culture of apathy, treating a public health crisis as no big deal, because it presumably only affects Black and brown people. Click To Tweet

This is why we are watching several states [not named New York] experience something none of us have ever seen in our lifetimes: a plague that steals the lives of loved ones and, because they are immediately quarantined from you, you don’t even get the chance to give a proper goodbye.

What we are witnessing is a culture of apathy, treating a public health crisis as no big deal, because it presumably only affects Black and brown people. “Their lives are not my concern. It’s okay to not care about what affects their lives, their communities, their families. That’s their responsibility. It’s okay to break the social contract when it comes to those people. It doesn’t affect me. It—they—don’t matter.”

To me, that’s raci—ahh, never mind.

The spell of this apathy was only broken when it was clear that younger, whiter, more fit people were succumbing to the virus, too. And, by now, it appears as thought it might be too late.

The refusal to do the basic work that could save the lives of the Black and brown people who dominate essential work positions, the Black and brown people who suffer in greater numbers, delivers a message. You can’t claim that “all lives matter” in one breath, and refuse to protect those lives in the next. Either you believe Black lives matter, and are worth the collective sacrifice, or you don’t.

No, food is not ‘just food’ in the Black community, and that’s okay.