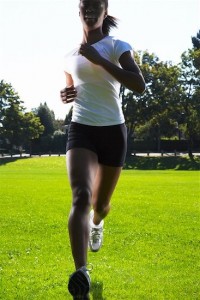 The question we were trying to raise is whether there are added benefits to each individual lifestyle improvement you make, and it looks like that answer is definitely yes, says Jared Reis, Ph.D., the lead author of the study and an epidemiologist with the National Heart, Lung, and Blood Institute in Bethesda, Maryland. The strength of the association was really very dramatic and quite surprising.

Reis and his colleagues analyzed data from more than 200,000 men and women in eight states who are part of a long-running study on diet and health led by the National Cancer Institute. In the mid-1990s, when they ranged in age from 50 to 71 and showed no signs of serious illness, the study participants answered detailed questionnaires about their diet, lifestyle, medical history, physical characteristics and demographic profile.

Ten years later, roughly 9% of the men and women had developed diabetes. Those who were least likely to receive a diabetes diagnosis shared five key health attributes:

Normal weight. They were not overweight or obese, and maintained a body mass index below 25 (a threshold equivalent to 155 pounds for a 5-foot, 6-inch woman).

Nonsmoking. They had never been regular smokers, or they’d been smoke-free for at least 10 years.

Physically active. They got at least 20 minutes of heart-pounding, sweat-inducing exercise three or more times per week.

Healthy diet. They consumed a diet with lots of fiber, little trans fat, few refined or sugary carbohydrates, and a high ratio of good (polyunsaturated) to bad (saturated) fats.

Little to no drinking. They used alcohol in moderation, if at all — two drinks or less a day for men, and one drink or less for women.

Each additional attribute was associated, on average, with 31% and 39% lower odds of developing diabetes among men and women, respectively. People who met all five standards had roughly 80% lower odds of a diabetes diagnosis than demographically similar people who led less healthy lifestyles, according to the study, which was published in the Annals of Internal Medicine.

Of all five lifestyle factors, being overweight was linked most strongly to diabetes risk. But having healthy marks for the other four factors still made a difference in overall risk, regardless of whether a person was normal weight, overweight or obese.

It isn’t always an easy thing to lose weight and to maintain that weight loss over the long term, Reis says. So this is good news for those individuals who have a tough time losing weight: You can still lower your risk with these other lifestyle changes.

With questionnaire-based studies like this one, there’s always a chance that the participants don’t accurately report their behavior, or that the results are skewed by health and lifestyle factors that the researchers haven’t taken into account.

But in this case, the study’s large, real-world population — as opposed to the smaller, strictly monitored groups typically found in clinical trials — may actually be a strength, says Robert Henry, M.D., the president of medicine and science at the American Diabetes Association, an advocacy organization based in Alexandria, Virginia.

This study looked at factors we know can be easily modifiable, and the conditions that people actually live with in real life, says Henry, who is also a professor of endocrinology and metabolism at the University of California-San Diego. And it does that better than some of the diligently done clinical trials that may not be applicable to a normal lifestyle situation.

The study also found that maintaining the five lifestyle factors lowers diabetes risk regardless of family history, suggesting that people with a genetic predisposition can still prevent or at least delay the onset of the disease.

As was shared here before, my personal belief is to stick with Dr. Lustig. (Specifically around the 1:20:00 mark.) Not only do you not have to catch it, but barring certain mitigating factors, no one has to live with it forever, either.

“How I Lost The Weight, And Why You Shouldn’t Admire Me For It”

Thanks for posting this article. My father died from diabetes complicated by other health failures in his early 40s. His mom had diabetes and my mom’s mom has it as well. These are the reasons that I decided to work my butt off learning about food, how my body works, and being healthy. I am determined to never have to inject myself or pop pills in my latter years all because I couldn’t turn certain foods away. I absolutely refuse to be sick or to die from something that I am well able to prevent.

Thanks for sharing. My Dad is 82 and currently hospitalized with complications from diabetes and other issues. I had gestational diabetes three years ago when I was pregnant with my last. I am currently working hard to make sure I don’t end up with any of the diseases that afflict my parents. I think if more people realized how potentially dangerous the disease is, they woukd get up and exercise rather than settling for bad eating and popping pills to fix the problem. When I saw the number of pills and shots my Dad has to take I said, “Nope! Won’t be me.” I’m doing whatever I can to keep it at bay including getting my husband and kids involved in health and fitness as a family.

Watch the documentary: “The Last Heart Attack” it is on youtube. The tests that are featured are very important and could save a life, but your doctor must be made aware of them.