Home Friday 5 5 Reasons You and Your Family Hate Vegetables (and 5 Tips for Learning to Love!)

5 Reasons You and Your Family Hate Vegetables (and 5 Tips for Learning to Love!)

The more that I talk to people, the more I hear the phrase “Oh, I hate vegetables.”

Not, “Oh, I can’t stand onions,” or “Oh, I have artichokes.” It’s never one kind of vegetable. It’s the entirety of vegetabledom. No veggie is safe from the hatred. 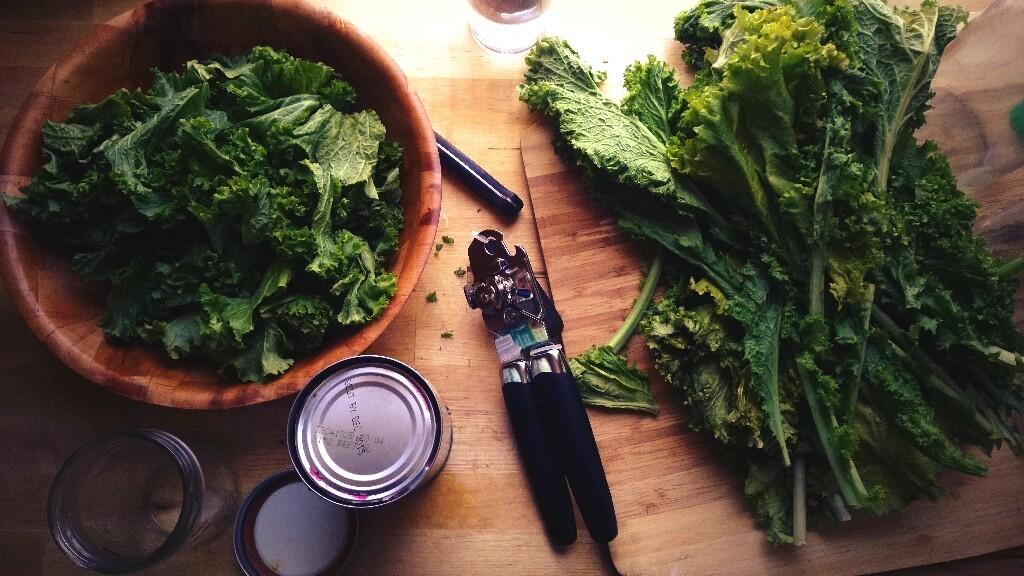 If it didn’t have a mother, or if it from a grain, it gets picked off the plate and scooted to the side.

And I won’t even lie – I used to take a hard-lined approach to this, almost embarrassingly so. “You still gotta eat it, so open wide and say ‘Ahhh,’ witcho childish self!”

I also learned – quick, fast, and in a hurry – that this is rarely helpful when you actually want someone to come around to embracing them in the end.

As much as I diss the use of processed food, I can’t deny that there are legitimate reasons why people embrace it. It’s enabled

The truth of the matter is that the more compassionate response always wins out. And, keeping in line with my move towards a more compassionate practice, I try to understand where people come from with these negative reactions to all things leafy and green. And, in my experiences, I’ve come to realize that there are five central components to what makes people get to a point where they hate “vegetables,” with no exceptions.

1) Suppose you grow up in a home with an elderly Grandma doing most of the cooking, and Grandma’s teeth aren’t quite what they were in her younger years. She’s going to cook everything until it’s so soft, it can practically be broken up with simply her tongue.

Imagine what that can do to a child – everything has the consistency of yogurt, no matter how differently it tastes, unless it was something like potato chips or candy. Let’s keep it real – you’d probably cling to the candy and chips yourself, just for the sake of actually being able to use your teeth.

The texture argument is a huge one, and it’s a fair one to make. When I know that something was crunchy when it was raw, and I see it sitting in front of me looking like primordial slime, not even I am going to eat that.

2) What is dinner like in a house like that? You, the kid, are constantly pushing these super-soft veggies around on the plate, getting yelled at to clean your plate, forced to chow down on something that tastes a lot like burnt mush, and smells an awful lot like dog food. The “clean your plate” methodology of parenting – instead of allowing a child to develop a palate that trends in the direction that’ll help them learn to embrace different veggies and taste combinations – leaves children with bad experiences that turn them away from fresh produce altogether.

If you put a plate of mac and cheese – and I know this, because all kids love that ooey, gooey stuff – in front of a kid, chances are high you won’t have to tell them to “clean their plates.”  They’ll do it anyway. Why? Because they love it. If a child is pushing food around the plate and trying to make it look like they’ve eaten more of it than they actually did, chances are high it’s because something’s off-putting to them. Help them figure out what it is, and try to get the meal closer to what they like while still exposing them to the healthy stuff.

Don’t get me wrong. No one’s saying that your child should rule the kitchen and be the final denominator in what winds up on the table, but they should be considered in what goes on their plate.

3) You grew up in a house where the adults couldn’t cook. So, you can saute, braise, roast, fry, steam, broil, grill, or bake a veggie. You also can over-saute, over-braise, over-roast, over– you get the point. You can also do any of those perfectly, and not season your veggies properly, having cooked out most of the flavor into your pan. This, too, is unpleasant. Because our caregivers are the center of our universe, and the Knowers of All There Is To Be Known, we presume that if there was a way to make veggies taste better, our caregivers would’ve known it and that knowledge would’ve been reflected in their meals. When it isn’t, we grow into our teens – and eventually adulthood – believing that produce is a crapshoot.

We don’t believe there’s any point bothering. This becomes doubly worse if we go to college, and the college cafeteria is serving you terribly-braised veggies, and a miserable salad bar is your only source of fresh produce. You never learn how to cook it, what to do with it when you ring it home, how to store it or clean it (and heaven forbid you forget to clean your greens, lest you bite into a ladybug or who knows what.)

4) Early exposure to vegetables of poor quality can lead you to believe you can’t trust produce. A year or so ago, I was bringing Mini-me home from school, when we stopped at a fruit market to pick up a couple of peaches to eat along the way. I showed her how to pick a good peach, we paid for our chosen fruits, and headed home. She took one bite, and it tasted pretty good. When she bit into it a second time, however, it was so ripe that it had gone soft. Almost fully rotten from the inside out.

While Mini-me could reconcile the fact that she’d just gotten a bad peach and that all peaches aren’t this bad, it has still been difficult to convince her to bite into another.

If this kind of experience happens often enough, it’s disturbing enough to make you believe that produce is a crap shoot that isn’t worth the trouble. I mean, you’ve been getting along fine thus far without it, right?

Not to mention, if you grow up in a space with a pest control problem, the fact that fresh produce attracts the very pests you want to rid yourself of will feel like reason enough to not buy. There’s nothing like waking up to seeing something has burrowed a hole through your apples. Surely, that’d serve as reason to not keep fresh produce in the house.

5) If affordability or time or knowledge served as an early barrier to fresh produce, then chances are high that you grew up relying on processed foods and even developing a loyalty to them.

And, I’ll be honest – I’m speaking from personal experience, here.

My family worked terribly hard for our family, and – in hindsight – were barely treading water. Processed food was simply how we made do. When my mother was finally promoted and moved to another state, even with a far larger salary and the ability to buy her own home and a new car, our taste buds were set. Without even thinking, we maintained our original eating habits, and why wouldn’t we? It saved us time, it saved us money, and we didn’t have to worry about waste. We didn’t have to fear something “going bad.” It could stay in the freezer or pantry for a year or more at a time? Why on Earth would I change that?

I hope you notice a recurring theme, here.

We learn a lot about life in our youth. We’re constantly talking about how observant kids are, how much like sponges they are. The little things we see color and create our perspectives as we age, to the point where we’ve formed full opinions on very general topics by the time we reach adulthood. Why wouldn’t we believe this would extend itself to how we eat?

More importantly, how do we un-learn this way of thinking?

1) We embrace the fact that we’ve had negative experiences in the past, and it is those experiences that turn us off.

2) We think very clearly about what it was about those experiences that turned us off – was it texture? Was it bugs?

3) We actively look for ways to avoid the particular experiences that turned us off. Was it experience with rotting produce? Learn how to choose proper produce at the store, and learn how to store it once you’re home. Was it texture? Try figuring out how they were cooked before, and learn whether or not that was just bad prep, or if there are other ways you can enjoy veggies. Maybe boiling veggies just isn’t for you.

Note: You can sign up for the Clean Eating Boot Camp here, completely free!

What did I forget? What are your experiences? Do share!

I AGREE! It’s never specific, it’s always just whole collective groups of stuff! So much variety within those groups, but we’re writing them off wholesale?

My mother dislikes seafood in general, because to her, it all tastes fishy. No matter how you cook it or what it is.

As for beer, it took me 23 years to find a beer that didn’t make me vomit immediately after drinking it. Even now, I can’t drink more than one without feeling far more drunk (or straight up ill) than I would after drinking a comparable amount of good whiskey. I’ve tried to force myself to like it because, hey, beer is liquid bread, and I love bread. Doesn’t work.

Hi Erika,
I have a 5 year old son who has recently accepted ( about a year ago) to eat lentils, black beans, grated carrots ( only if we grate them together) and of course fruits (especially apples, bananas, grapes, mangoes and melon)… But then that’s it! He wouldn’t try other things, like salads and veggies. Thank God I got him hooked on home-made oatmeal, almond milk, and whole wheat grains… How do you ( or did you) encourage Mini-Erika to try new stuff? Thanks for a great post!

You make truly excellent points. The kind of food we were exposed to as children shapes our food preferences as adults. This is why I am very careful about what I feed my boys and I always make the effort to make eating veggies a positive experience for them.