For many people, the issue of “shelf life” is a big reason why they stick to buying processed food. Fruits and veggies spoil exponentially fast compared to boxed and canned meals and, if your money is already relatively tight, it can be hard to justify taking the risk of spending money on something that won’t last. The same can be said for other items made with fresh ingredients—there’s nothing more painful than rushing to use something only to realize you… well.. can’t.

When I first started cooking, I actually didn’t start with fresh produce—I started with frozen. My early blog post photos even reflect as much. Buying the Publix brand frozen produce helped me reduce the risk of spending money on something I might not ever actually use, or might be afraid to cook with, or might actually not know how to cook. Buying something that was already pre-cooked—all frozen veggie bags are blanched then flash frozen, both for cleaning and for cooking—cut down on my worry of not thoroughly cooking something through or having it go bad before I even got to it.

So, I wondered, there has to have been a few other methods to help ensure we preserve the shelf life of our fresh produce outside of simply “buying frozen,” yes? Of course there are. Here’s a few:

1) Pay special attention to how your fresh produce is stored in the grocery store. Was your avocado stored in the refrigerated shelving, or out? Was your red pepper? What about your carrots? Grocery stores have a vested interest in both maximizing a small amount of refrigerated space—just like you—and making sure as little produce spoils as possible—just like you. Grocery stores have found a way to achieve both*, and there’s no reason to reinvent the wheel, here.

When it comes to produce staying outside the fridge, keep it in a cool place outside of direct sunlight. Don’t place near a space where the temperature can change drastically, like near a stove or toaster oven. When it comes to the stuff you’re keeping in the fridge, be sure to set aside at least one fridge drawer for any leafy greens. Non-leafy greens like apples sometimes emit an ethylene gas that causes produce to ripen quickly and, ultimately, rot faster. Keep your collards and your cabbages separate!

2) Do a little quick prep work. Some items are preserved for weeks if you spend just a teeny bit of time doing prep work. Herbs like cilantro last much longer if you buy them, root attached, and put them in a jar of water. If the root isn’t attached, rinse, dry, then store them in a resealable bag between two pieces of paper towel. Some items should be bought whole—whole beets, for example—but the greens should be separated from the vegetable in order to preserve both. (Yes, those beet greens are edible!) Some items should be separated from their roots, because those roots are inedible and drain moisture from the vegetable. Lots of items should be sealed shut in resealable bags with the air smashed out to keep them from spoiling. A little quick prep work can make a world of difference.

3) Make judicious use of your freezer. Many of your favorite veggies and dairy items can be cut and frozen pretty quickly. If you’re in the kitchen already working on something on the skillet, cutting an extra onion—or carrots, or celery, or red peppers, or, or, or—or two and storing it in a freezer bag can make a world of a difference in time (and flavor) for the next meal you’re cooking. Pouring your extra milk or cream or buttermilk in ice cube trays, then sticking the ice cubes in—yep, you guessed it—freezer bags can help you store the items you buy a lot of when you only need a little.

Butter, brick cheeses, various forms of milk and cream, and more can be frozen and thawed to enjoy again. Just about any piece of produce—save for cucumbers or any other kind of squash, which I once learned the hard way—can be frozen. Some, like leafy greens, might require a pre-cooking, but they all will require a good wash. 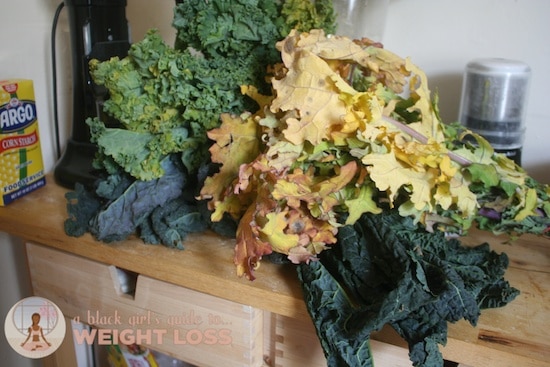 see that yellow in there? that is kale that has begun the wilting process—a precursor to spoiling—but it’s still good!

4) Use the stuff that looks rotting. Yeah, I said it. Even though it looks like it’s going bad, use it anyway. More often than not, when you see a wilting spot on your fruit or vegetable, you can merely cut around that rotting part, trash it, and be left with a perfectly good piece of produce to eat. It is a rare piece of produce that, when you cut into it, the entire item is rotted on the inside though it looks fresh on the outside. (It can happen, though. Trust me, I know.) And, even then, you can just cut out the rotted part and eat the fresh. 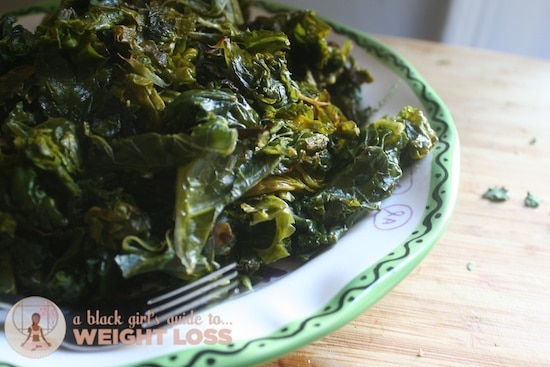 i still cooked that kale… and it was still delicious.

5) The “sell by” date isn’t the same as the “use by” date. The date by which something should be sold is usually about ensuring that an item is sold while the consumer still has time to, well, consume it safely. The “use by” date is merely a passive guarantee by the producer of how long the item will be at its best. It’s hard to nail down a definitive window within which items are good, but here’s a tip: when you first buy fresh items, take a sniff and take a sip or bite. This will help you develop a sense of what an item looks, smells, and tastes like when it’s fresh, and will give you a sense of understanding how not fresh an item might be as it spends a little quality time in your fridge.

What tips am I missing?

*I think the only exception here is citrus fruit. It’s rarely refrigerated in grocery stores because there isnt enough room, but citrus can last weeks in the fridge, compared to days at room temperature.

Q&A Wednesday: I Lost the Weight, But Now I Hate How I Look!

3 Big Reasons Why You Should Stop Drinking...

The Funny Thing About Pepsi Zero Sugar and...

Thanks a bunch. I kept wondering why my oranges and lemons were going bad so fast. I kind of liked how they look on the table. Now, to the fridge they go!