Weird Things Happening in the World of Wearable Tech

Nike is gearing up to shutter its wearable-hardware efforts, and the sportswear company this week fired the majority of the team responsible for the development of its FuelBand fitness tracker, a person familiar with the matter told CNET.

“As a fast-paced, global business we continually align resources with business priorities,” Nike spokesman Brian Strong said in an email. “As our Digital Sport priorities evolve, we expect to make changes within the team, and there will be a small number of layoffs. We do not comment on individual employment matters.” 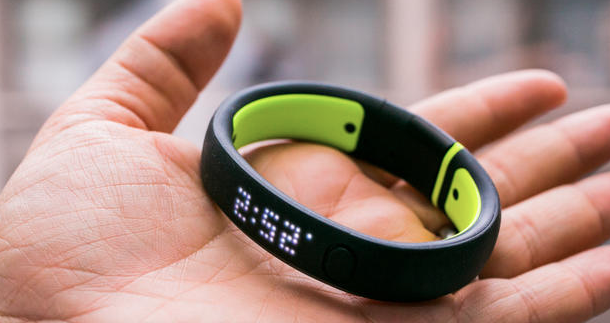 The company informed members of the 70-person hardware team — part of its larger, technology-focused Digital Sport division comprised of about 200 people — of the job cuts Thursday. About 30 employees reside at Nike’s Hong Kong offices, with the remainder of the team at Nike’s Beaverton, Ore., headquarters.

Of those 70 employees, about 70 percent to 80 percent — or as many as 55 people — were let go, the person said, asking not to be identified because the information was confidential. Some of the employees will be staying on at Nike through May. It’s unclear how many current employees, if any, have been internally recruited to join other Nike divisions. Nike Digital Tech, responsible for Web software, was not affected.

As early as this fall, Nike planned on releasing another iteration of the FuelBand — an even slimmer version — but cancelled the project. And it appears to have shelved all future physical product projects under the Digital Sport helm, the person familiar with the matter added. [source]

The Nike thing isn’t surprising. It makes sense for them to invest in fitness tech that encourages people to be active, because they can then use that as a vehicle for selling their products. It should make sense that, on the inside of the Nike Running app for iPhone, it counts how many miles you’ve put on your shoes – just about everyone who’s read a little bit about running shoes has heard that the average shoe can’t take more than 300 miles on ’em before you start to suffer. Seems like a perfect way to create brand loyalty… something that you can do with apps alone, without having to go to the trouble of dealing with actual physical devices.

This other thing, though, is an entirely different story:

We saw this day coming, and we tried to warn you.

Fitbit has started to sell its trackers by the thousands to employers along with “sophisticated tracking software,” says a new report from Forbes. With employees’ permission, employers can then track their workers’ health, see how active individual employees are and foster a little healthy competition.

Wiring up companies so that employers can monitor workers’ health is becoming “one of the fastest growing parts of Fitbit’s business,” Fitbit CEO James Park told Forbes.

Of course, to hear Fitbit tell it, participating companies could see reduced group insurance pricing, as BP America employees have already done. But once premiums and plans are directly tied to employees’ day to day health, it’s pretty easy to imagine a world where company culture, or even hiring decisions, are driven by individual fitness.

Now we know that future is fast on its way — health insurance giant Cigna told Forbes that fitness trackers could have an impact on future group insurance pricing, and we already know that Apple intends to enter the market soon. [source]

The thing about the FitBit, though, is all in this paragraph here:

Of course, to hear Fitbit tell it, participating companies could see reduced group insurance pricing, as BP America employees have already done. But once premiums and plans are directly tied to employees’ day to day health, it’s pretty easy to imagine a world where company culture, or even hiring decisions, are driven by individual fitness.

…and you know how I feel about enabling size discrimination.

So…what comes next? I mean, for what it’s worth, the Nike Training Apps are awesome (and free, of course!)… but what’s the deal about fitness tech influencing insurance rates and, potentially, hiring? Do we need to hear about this from every company offering fitness tracking devices?