Wanted to open this up for discussion:

Poor sleep can lead to weight gain, but now researchers say the relationship works both ways.

Studies consistently show that sleep deprivation is linked to obesity and that heavier individuals tend to report more problems getting a good night’s slumber. Now researchers at Johns Hopkins University School of Medicine report at the 2012 American Heart Association Scientific Sessions in Los Angeles that weight loss, either through diet or a combination of diet and exercise, can lead to better sleep. 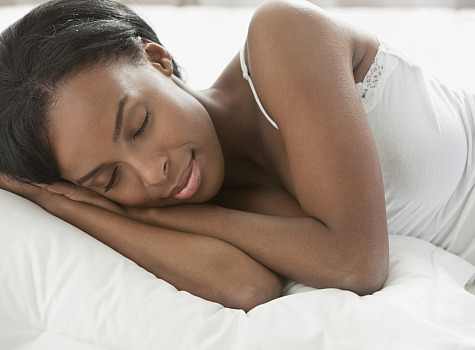 For six months, the researchers followed 77 overweight or obese individuals with Type 2 diabetes or prediabetes. At the start and end of the study, the participants filled out sleep surveys detailing their sleep problems such as sleep apnea, fatigue, insomnia, restless sleep, excessive sleep and use of sedative. The scientists also measured the volunteers’ body mass index (BMI) to track changes in weight.

The participants were then separated into two groups. The first group went on a weight-loss diet with exercise training and the second group simply stuck to a diet program.

At the end of the six months, both groups experienced a weight loss of about 6.8 kg on average and a 15% reduction in belly fat. And factoring in a composite score representing their overall sleep health, the authors found both groups also equally boosted their sleep quality by about 20%.

“The key ingredient for improved sleep quality from our study was a reduction in overall body fat and, in particular, belly fat, which was true no matter the age or gender of the participants or whether the weight loss came from diet alone or diet plus exercise,” said study author Kerry Stewart, a professor of medicine at John Hopkins in a statement.

According to Stewart, belly fat is particularly concerning since it can be metabolically detrimental to health. “Belly fat is almost like a living organ. It produces proteins that cause inflammation,” says Stewart. “When you lose a lot of belly fat in particular, the level of those substances go way down, and the inflammatory response is much less than it was before.”

That means that rates of heart disease may decline as belly fat dissolves. Inflammation aggravates blood vessels, which can increase heart-disease risk, and also interfere more generally with the body’s normal physiological processes. The end result is obesity, and obesity in turn puts added mechanical pressure on the heart and lungs. “If you have a lot of belly fat, the lungs can’t expand as well, so it becomes harder to breathe when you’re sleeping, which is why more people get sleep apnea,” says Stewart. “When you have sleep apnea, you wake up more in the middle of the night, and that leads to daytime sleepiness and fatigue. So people are feeling miserable because they haven’t had a good night’s sleep.”

Whether sleep problems cause obesity, or obesity causes sleep disturbances isn’t clear, although it’s likely both processes are at work simultaneously. “We are not exactly sure where the problem starts, but we think it is a vicious cycle. Regardless of where it starts, they feed off each other,” says Stewart.

Earlier studies have suggested sleep deprivation leads to overeating and disruptions in circadian rhythms that put you at a higher risk for heart disease, obesity, depression and even Type 2 diabetes. Not getting enough sleep can also lead to hormonal changes in men and women that can disrupt hunger signals and stimulate appetite or lessen feelings of satiety. The good news is that the latest studies show that if poor sleep can lead to obesity, losing weight can help you get some more Z’s. [source]

The frustrating thing about this is that stress is a contributor to belly fat…but sleep is a stress reducer. Once you get into that “upward spiral,” it’s a whirlwind in a positive direction, perhaps? Thoughts?

The Will Power Series: Saying No Never Becomes Easy

Well I have changed my lifestyle and diet to control the inflammation so I can get a good nites sleep. I found out I was snoring and woke up during the night. Or I woke up feeling not rested. Even though I have lost the majority of the weight I still experiencing sleep issues.

I do still have belly fat..which have been told is a cortisone response to a lot of the stress in my life. I find if I don’t sleep by 11pm and sleep through the night even with the diet changes by body doesn’t recharge and heal. Also too much exercise for me produces an uncomfortable inflammation which makes it difficult for me to sleep at night.

Comes down to balance, yoga as exercise works best for me. Then foods that are tasty and helps inflammation and stress. A lot of water to flush toxins.

I think that lifestyle is the issue. Everyone life is so busy, that they just don’t know how to rest, etc. I say turn the Tv and Ipad off, no eating heavy meals right before bed, drink plenty of water, etc.

I got a new job in June which reduced my stress levels tremendously. Then I signed up at Curves in July and I go 6 days per week. There are only a few vegetables and fruit that I like but I have been experimenting with recipes, some I created and some from other sources, for the last few years. All of these factors have improved the quality of my sleep and reduced my waist line by 3″. I think that they are all interrelated and we each have find the combination that works best. Who cares whether the chicken or the egg came first, I just glad I have both!

I think its both the lifestyle and the belly fat. But its interesting the article said belly fat is like an organ. I have heard that before and havent heard it about fat on other areas of your body. If the fat is producing proteins what else could it be producing. Its probably screwing with my hormones and everything else…………..scary!

Great research! This article offers a wealth of information from an in depth study. This is very insightful and informative.