So… this happened, and I’m speechless: 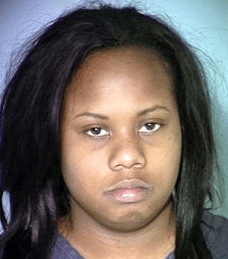 A woman accused of stabbing her 6-year-old daughter to death with scissors told police she had been taking a weight-loss product, had trouble sleeping for several days and felt an “evil” presence before the attack.

“Did I kill my daughter? Is she dead?'” Danielle Yvonne Slaughter asked police after police found her on Sunday, naked, bloody and running barefoot through Las Vegas, according to court documents released Tuesday.

The frenzied 27-year-old woman was hospitalized after she told police that the blood on her hands was from the “lamb of God.” Police later found Kyla Franks dead at their home.

“There was no rhyme or reason to it,” homicide Lt. Ray Steiber said of the girl’s death. “I don’t think there’s anything that anyone could have anticipated.”

In a recorded police interview early Monday, Slaughter told investigators she had trouble sleeping since she started taking the weight-loss product Hydroxycut four days earlier, and that she had been feeling “an evil presence” for several days. She said she slept just one hour Saturday night.

Steiber said police believe the mother was sleep-deprived and may have been affected by the weight-loss product she had been taking.

It was not immediately known whether federal officials have received complaints linking Hydroxycut to confusion or delusions. A U.S. Food and Drug Administration spokeswoman, Siobhan DeLancey, said the product was recalled in 2009 due to complaints about liver damage.

The product was later reformulated and returned to the market by parent company Iovate Health Services Inc. of Canada and Iovate Health Sciences USA Inc. of Blasdell, N.Y., the FDA spokeswoman said.

Company officials did not immediately respond Tuesday to messages.

The police report said Slaughter told them “she never felt this way before,” and that she said she wanted to remove the evil from the house.

Slaughter told police she and her daughter were sitting on the bed when the girl spoke in “evil words,” laughed “in an evil voice” and clawed and kicked at her. The mother said she picked up scissors and struck the child several times.

Slaughter remains held at the Clark County jail pending an initial court appearance Wednesday on a murder charge. It wasn’t immediately clear if she had a lawyer.[source]

I find this creepy and unfortunate… and it feels like the wrong opportunity to prove a point, but it must be reiterated:

On to fat burners and thermogenics. This stuff is gross. It is so gross.

It’s lightly regulated – all that has to be proven is that the stuff will not kill you – and you rarely have any idea what’s in it. If fat burners were ever researched by the purchasing public, you’d find that they, more often than not, have the most nebulous ingredient lists you’ve ever heard of in your life.

Someone who goes four days without sleep will, without question, start to experience the side effects of sleep deprivation. If you feel desperate enough to lose weight, to the point where you jokingly say to someone (or yourself) “Sh-t, let me take all these pills, with my fat -ss,” or even “Maybe if I take twice the pills, I’ll lose weight twice as fast!” then you run the risk of doubling – or even quadrupling – your exposure to caffeine. If you couldn’t imagine taking four cups of coffee back to back, then imagine going hard on ultracaffeinated pills.

It’s also important to note that Hydroxycut, the pill she was taking, was recalled years ago. However, this doesn’t mean it was/could be pulled from the market.

All in all.. senseless and unfortunate.

I somewhat believe her, years ago my doc prescribed me anti-depressants an day 1 of taking them i had a uncontrollable feeling of harming my daughter. It was very scary for me

That hydroxy real does make you feel UP and if the emotions aren’t channeling properly then it can end in tragedy like this. It’s like the mania part of bipolar disorder — some manic episodes are cheerful, over talkative and perhaps combined with obsessive cleaning. Well if the episode goes negative it can end with homicide, suicide or other less disturbing incidents. Hydroxy’s effects mimic mania. Trust me — I took it — not only did it destroy my intestines, I was agitated by the UP factor. Still no excuse to kill a child, I’m just saying if she was out of control she was out of control. Peace.

You’d be surprised what stuff can do to a person. Although I have NEVER experienced a homicidal episode such as this (or ANY homicidal episode for that matter), I am extremely sensitive to many prescribed medicines and herbal remedies – even “natural” ones that are supposed to help with depression! In the past, I suffered bouts of SEVERE depression (incl. suicidal thoughts, paranoia and obsessive behavior) which was finally attributed to certain chemical reactions caused by what I was taking at the time. It has ranged from Dr. prescribed blood sugar control medication, to themogenics to Omega-3 supplements. The good thing is that I am able to identify my “mood swings” fairly early due to being hyper-vigilant regarding my mental state and I stop using whatever is causing the issue and call my Dr. as needed. Bi-polar disease runs in my family so I have learned from my family members’ as well as my own experience. It’s so very sad that this woman didn’t listen to her own body and her child had to be the one to pay for it.

I believe her a dr prescribe me a medicine that i took and people was telling me i was driving everywhere but i dont remember about 8 hours or more of that day Scary but thankful i didnt harm anyone driving in a medicine induced state ..

I once went 3 days without sleep (without any drugs, even caffeine) and started thinking random objects in my bedroom were evil. I had to lock them away so that they couldn’t infect me with it. I knew it wasn’t true, but I couldn’t get myself to feel it, I couldn’t step outside the beliefs and accept their irrationality, it was seriously scary. I have absolutely no history of psychosis at all, either before or since, but now I know first-hand how badly even lack of sleep alone can mess people up; adding unknown substances to the equation is a recipe for disaster. I’m not saying that I believe her story, but if it is true I hope the case is dealt with appropriately (how likely that is is a whole other subject).