Home About The Site Dear Government, Taxing Soda Is Crap And You Know It

Dear Government, Taxing Soda Is Crap And You Know It 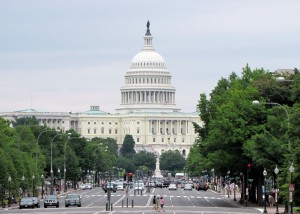 Hi! Howaya? Hope [insert significant other’s name here] and the family are doing well. Good lookin’ out on that whole health care reform thing. Most of us (and most of your peers) might not have much of an idea of what it actually does, how you’ll pay for it nor are they aware that it doesn’t really include a public option… but really, thanks.

And in the midst of whatever storm has originated from this flurry of legislation that has flown through, discussion about a soda tax seems to keep creeping up. Why? No, really. Why?

Let me be honest for a moment. I don’t drink soft drinks, soda, pop, any of it. None. Nada. The last sip I had was a Jamaican pineapple soda I had exactly 13 months from the date of writing this letter. Before that? It was 2006. So no, I’m not complaining about this because I’m too cheap to pay the tax on something I “can’t give up.” There may be plenty of people out there coming from that angle, but I’m certainly not one of ’em. I don’t know about you, but I simply cannot see the association between my TurboTax program and soda.

You see, I lost 145lbs the hard way. The “I’m too angry to see a doctor with no answers, too cheap to get surgery, and too tired of not being able to buy and rock all these cute clothes” way. The “I’m going to give up straightening my hair every day and be a little (or a lot) sweaty so that I can be who I want to be” way. The “No pain, no gain; just-do-it nike style; pain-is-weakness-leaving-the-body” way. So believe me… I understand why soda pop would be an easy target.

But then, I don’t. See, I write – a lot – about food production and manufacturing in these United States. So I’m well aware of the fact that our government – for whom, don’t get me wrong, I have the highest respect – pays farmers so much more money for corn than it is actually worth, that farmers overproduce corn… to the extent that it has decreased in value. I’m aware of the fact that this overproduction of corn is the reason why we are able to find corn in a good 60% of the food we eat in some form or fashion; “Use the cheaper food to make the product, save money for the business.” I’m aware of the fact that high fructose corn syrup – produced from this same corn that the government overpays for – is both a catalyst in the obesity epidemic and the #2 ingredient in most-if-not-all brands of soda pop. I’m aware.

Yet, we’re claiming that we want to tack on a tax for families to enjoy soda. Why? I mean, yeah – if they want it, they’re going to buy it regardless of how much you tax onto it, so it seems like an easy money maker for the government, right? But then, it isn’t really about attempting to affect the average American family’s consumption of soda pop, is it? It’s just about getting the money. Well, here’s a thought – why not stop overtaxing the average American who might – or might not – drink a soda every now and again? Why not just stop overpaying farmers to grow the same crap that is hurting us in ways that, now that we will have universal health care, will eventually cost us in another way?

What is keeping you from simply ending the subsidy that you pay the farmers? Or, better yet – what’s keeping you from taxing the companies that insist on selling the product in your state? Now, there’s a thought. If they’re going to sell a product that the government is willing to step out and say is harmful, they should have to pay a premium to do so, right? What would keep you from taxing the businesses who insist on selling the product in your state? Campaign donations? Oh, my apologies. I mean, “consideration for the regulation of businesses?” We’d rather work in favor of businesses than in favor of the people? If it’s about money, that’s where the real money is, right – the businesses? Or am I missing something?

The bottom line, dear politician, is this: the mere discussion of a soda tax is insulting to the intellect of the general populace. We deserve proper health care, yes, but what we deserve even more is practical ways to ensure that it is paid for… and “empty rhetoric” barking a soft drink tax at Americans is not going to do it for you.. especially in a recession. It’s clear that you’re only even bringing this up to divert away from the fact that you’re really not sure how you’re going to do this, but just want to get people talking as if you DO have ideas. This one just so happens to be hot-button enough to distract the public.

If you’re not going to take a serious swing at the ball, keep your cleats – and your mouth – away from the plate. These kinds of smoke screens aren’t why we elected you.

Budget Friendly, Vegetarian AND The Original: Get A Meal Plan Today!

Jennifer Hudson Tells Her Story To Self Magazine

Hmmm, I agree they should DEFINITELY tax the companies selling it. But I’m so totally confused on what you mean by taxing the farmers…?

I’m not saying tax the farmers – the fact is that the government pays corn farmers to help subsidize the cost of producing corn. This is an OLD policy that was never addressed, changed or updated. I’m suggesting that if they’re pinching fr money, they need to get rid of that outdated subsidy. Feel me? LOL

Extra late I know, but taxing the soda companies that sell the product is effectively the same thing as taxing the consumers as most often they will simply shift the cost by increasing the cost of soda.

You’re missing the point. What I’m saying is that the government is pinching for money… take it from the unnecessary subsidy.

My focus is on what the government is doing – the gov’t is penalizing the public by taxing THEM for the purchase.

That’s WAY different from the government pulling the subsidy, and then the COMPANY [possibly] raising their prices. THEN, the companies can compete against one another in whether or not they keep their prices low or raise them in an effort to maintain profit levels.

There IS a difference between the two, regardless of whether or not the outcome is the same for the customer.

I think the whole concept is ridiculous. If the goal is to make a little extra money, I think there is something really wicked about trying to raise money betting that the people who elected you are going to continue to engage in poor eating and drinking habits. What I really want is for someone to tell me why we need vending machines in elementary schools? Why don’t our politicians deal with that?

You know, they tried to ban vending machines in California, and the PARENTS objected? I saw video footage of it in a documentary – I can’t remember the name – but it frustrated me to no end. It’s like, I understand the desire to “not have the government telling us what to eat,” but at the same time… I’ma need them to protest something more important. Last time I checked, soda machines weren’t an issue of life or death. Death, maybe. But you don’t need it to live. Sigh.

Oh, and here’s a link about the vending machine ban from a few years back.

I live in Mississippi and one of the first things they did was remove the snack and drinks machines from many schools. We are still the fattest state it’s obvious the focus needs to be some where else and not just focusing on soda.

They’re not gonna focus on it because it’d be interfering with capitalism… so, we’ll simply have to fend for ourselves. Sigh.

I absolutely love this post! I watched the documentary Food Inc. a couple of weeks ago and completely understand what you mean about the whole corn issue. They (the government) are regulating farmers in a way to produce more, no matter the health costs to those of us who are eating it. And they think making a soda a little more expensive is going to help the countries obesity problem? get real! they are the ones creating the problem in the first place… and this extra money from the tax will only make it worse….

thanks for posting and creating awareness!

Well well written! I love reading posts written by people who actually think! Wish I was that talented… keep up the inspiration, and thank you for all the eye-opening, thought-provoking posts.