Home What Are You Eating? The Problem With Processed Foods, Part III: Nutritional Deficiencies

I get lots of questions about why I’m such a huge stickler for chemical-free foods and why it matters… and instead of writing 3,500 words every time I’m asked, I wrote one 3,500-word blog post.

Surprise, surprise, no one was reading all that.

That’s okay. I’m breaking it up into a few parts that everyone will be able to digest slowly and properly (pun intended), and hopefully we can explore why healthier, cleaner, more chemical-free food choices are so important. It is critical that any person embarking on a clean eating journey have an understanding of why the journey is so vital to their success in losing weight.

Consider this part III of the series.

So, if the foods aren’t nutritionally deficient, why is this a problem? 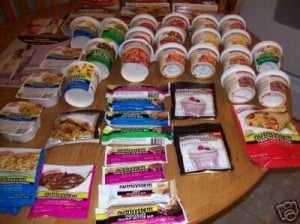 And before you call me a conspiracy theorist, consider this: it took science decades to recognize that trans-fats – once a massive part of margarine and other major foods – were hazardous to our health. Believe it or not, the government still allows trans-fats in foods, and actually allows food manufacturers to lie about how much trans-fats are in their foods. (More on that later.) 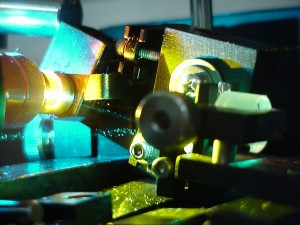 What else, in these foods, is doing us in? Science doesn’t know yet. And really, since most of our food science studies are funded by the very industry they affect… do you genuinely expect science to find out? I’m not telling you that they’d intentionally fudge numbers to present favorable results – trying to remain unbiased, here – but I am telling you it’s easy to divert funds elsewhere… as in, another study. Maybe even… a study attempting to debunk something claiming their products are harmful.

That’s not the conspiracy theorist in me. That’s just smart business on their part… regardless of what it does to the consumer. Keep the consumer far enough away from the research, and they’ll never know the downfall of buying my product. It just happens that way.

So since this is all cyclical, let’s go back to that availability of food thing. Now, all this food (food, mind you, that seeks to NOT be nutritionally deficient although it admits that it is) is available to our families. We, knowing what it’s like to have to worry about food not being available, begin to indulge. Factories – and factory jobs – are springing up because industries are blossoming. Longer work hours, both adults in the household are now working, and all this super convenient food at hand. We’re eating what we can, when we can, and eating a lot of it… since we’re enjoying the ability to eat at our discretion, not at the discretion of a ration.

Keep in mind, also, at this time… a new generation of children are being born under this new understanding of food. Family tradition might lend to certain dishes being made a certain way, but lots of dishes are being replaced by the magic elixir in the box. Some of us have that Grandma who insists on cooking everything from scratch. We tend to write her off as crazy or paranoid because “Times have changed” and “No one has time for all that cooking,” or maybe because “This is the [insert decade]s, Nana, we don’t live in the kitchen the way you used to!” Things that are all true, but come with consequences.

I asked you, dear reader, to keep in mind the point I made earlier about hyphenated chemical ingredients in our food, right? I hope you did. The interesting loophole in the FDA’s policy about imitation foods is that there’s very little limit to what can now be put INTO food. That’s an important point. 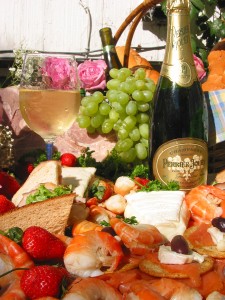 You know how, if you leave food sitting out, it will attract flies? Why? Because flies and rodents are attracted to the same things that our bodies are attracted to in food – nutrients. Ever notice that with ALL the food in a supermarket, there’s rarely any ants or bugs in the aisles, but you have to swat them away from the tomatoes or kiwi in the produce area? That’s not because every area in the grocery store – except the produce – is sprayed down. I can only offer theory as to why that is. For starters, the processed foods have to be processed to maintain shelf life. They have to be able to handle being transported to the facility. They have to be able to withstand sitting on a shelf until purchased. They have to be able to withstand sitting in your cabinets until you cook them.

Can you do that with your home made cooking? I doubt it.

Here’s another question: What do you think they’re putting in these processed foods to ward off insects and rodents?

Stay tuned for the conclusion of “The Problem With Processed Food!”

I believe you are on to something here. In addition, I’d like to add that I don’t believe our bodies can properly digest or eliminate these processed foods. It’s no wonder that we’ve watched our nation rise in numbers with indicators of obesity. You’ve done a phenomenal job with this series. Keep the knowledge coming.

Not only does processed food lack nutritional value, all those hyphenated chemical ingredients you mentioned are not assimilated by our body (thank goodness!), and many of them reside in our fat tissue as toxins. This promotes weight gain and weight retention, and may even lead to degenerative disease.

I find it amusing that after years of eating for convenience in order to lose weight I found it best to start with whole foods and prepare my own meals. It doesn’t have to be fancy or complicated, just fresh and organic!

Hallelujah. It’s so refreshing to hear like minded thoughts when it comes to processed food. Most people tend to view “clean eating” as crazy and irrational behavior, when I think knowingly ingesting chemically enhanced and processed food doesn’t seem like the smartest idea. Not only is processed food a major contributor to obsesity, but it plays a huge role in obsesity related illnesses (the number # 1 cause of death in our country now) and most illnesses in general. You wouldn’t put bad quality gas in your car and expect it to run well, so why would you think putting bad quality food into your body would allow you to operate at your best. Our bodies need the vitamins, nutrients and minerals found, in abundance, in clean eating to thrive. Only when people make the switch to clean eating will they truly feel and look (this is secondary to me) their best.

Just the fact that you feel better by eating fresh fruit, and vegetables, fresh meats is a given. I just feel we eat unconsciously or at least I did. I noticed one day for lunch I went to a health food store to get fresh juices and salad cause it was the only place around that was close to my new job. As I stood in line there was a dancer nearby that was coming in for lunch we were commenting about how we felt eating certain food.

Even though I realized that I did feel much better I unconsciously reached for certain foods until my body said no more. My body cannot digest fried food at all it’s painful..that is when I became conscious of what I was eating. Food has a life forced and the more that it is processed should it even be called food cause the energy is almost all gone, the enzymes are all gone.

I was reading the article about the girl who lived on McDonalds chicken nuggets..eventually your body will reject it..hopefully you will be alive to recover. I think it’s so much and an emotional choice, to unconsciously continue to stuff the pain, cause we don’t have time to process and let it go. Also who would we be. I remember someone said we are afraid of how wonderful and glorious we are. Eating clean gives me more energy I am nutritionally satisfied and it’s stopped my cravings. Once you feel the energy flowing in your body it’s hard to go back to eating fried and processed foods your body rejects it.

I now pay attention to what I am craving and I realized a nutritional deficiency is related to it. Sodium craving means I am low on potassium so fruits and veges with high levels of potassium balances me out. I notice I get less sugar cravings.

I’ve really enjoyed this series! Very informative! Gives me even more reason to continue saying ‘no’ to processed foods.

Loved this week’s series! I can’t comment on today’s post though (Friday). It’s like there’s a big blank spot on the bottom of the blog where the comment section should be. Is it just me?

I am super excited to learn about the history of food for Black people that you have promised for this month. That is such a great idea! I think if we wound back the clock and all ate what our great-great grandparents ate for one year, we would be completely transformed!

I actually read the longer post too. I am so thankful to have stumbled upon your blog. Knowing this info right here has me cooking like crazy and cutting out processed foods and reading labels to do so. And I’m seeing the lbs drop.

I just want to comment that I’m the child of a foreigner. I have seen so many of my family members come to this country thin and when they start eating all of the processed foods in America, have gained tremendous amounts of weight. This is so real!!! Thanks for educating the masses!

Does organic pizza, frozen oganic fruits, or vegetabes, ice creams count as processed foods. i am still al little confused about that?

Frozen fruits and vegetables are never counted as processed, because they’re flash-frozen. No processing, generally no chemicals.

Pizza is iffy. Why not make your own?

Ice cream? Anything that makes it easy to get TONS of calories in small servings – a cup of a good ice cream can be almost 600 calories WITHOUT toppings – is going to be side-eyed. It can be chemical-free, but you’ve really got to question whether it should be considered a “staple” or a “rarity” in your diet.