Q&A Wednesday: How Much Fat Is OK In My Food? 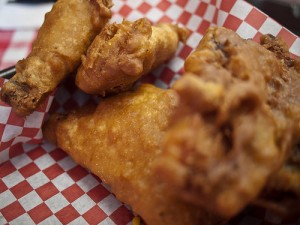 Q: I am counting calories, but should I be paying attention to fat?  For example, I ate a 1/4 cup of sunflower seeds for 190 calories, but it has 18 grams of fat.

There are some foods that are not bad with calories, but the fat content is out of control.  What’s a girl to do?

Hmmm…. the short answer is yes. The long answer is a bit more complicated.

Though I’ve already blogged about the fact that fat is okay to eat, I’ve never talked about how much one should shoot for.

My personal rule regarding fat is simple: fat should never be the star of the show.

It’s tricky because we’re talking about something that naturally is high in fat, but we’re also talking about snacking here, not a meal. A snack, essentially, isn’t “a show” to begin with.

The general rule is that fat should never make up more than 30% of your diet. If your diet consists of 1500 calories, no more than 450 should come from fat. With that extremely general understanding, you get a lot of leeway. If you had a relatively fat-light breakfast and dinner, then a snack that’s around 160 calories worth of fat shouldn’t be an issue.

Thanks to calorie counting, I know where I can find lots of fat. I also know when I’m eating too much of it, because I can feel the texture of my food changing. If something’s too greasy, it’s the fat. If something’s too light or smooth, it’s more often than not the fat. Anything that packs a whopper of a calorie count in a small amount (cashews, walnuts, pecans, peanuts, sunflower seeds?) It’s almost always the fat.

As far as cooking goes, this is where the “star of the show” mantra comes into play. My meals consist largely of vegetables, with protein serving as the side. It can consist of meat, or any other source of protein. There’s usually an oil involved – or butter (gasp!) – and its used to create the “sauce” in the dish. It often doesn’t go beyond that. But when it does, it’s most likely because I had a day that consisted mainly of foods that had virtually no fat in them. I will modify recipes so that they use less fat, but that’s mostly to reduce calories in general. Lots of recipes already use far too much fat, simply because of the”Mmmmmmm” feeling they give.

It’s hard to say, for sure, because there are meals where I struggle to add fats. There are meals where I simply am not in the mood for it. Others, I’m nose diving into the sesame oil (and even then, using too much makes a dish unbearable.) There are times when all I want is veggies for a meal, and others where I want those veggies with avocado, a notoriously high-fat fruit.

The goal, at least for me, is to strike a balance… one that is always in favor of vegetables. Sure, I’ll add a little bit of protein, or a nice butter or oil, but so long as I ensure that the balance is always in favor of the lean, mean and green… I’m happy. Try it and see if you’ll be happy, too!

Kind of off subject … but I tried to get fancy with sesame oil, in my cooking one day. I didn’t get the memo that you didn’t need to use a lot. Our kitchen reeked of it for a good 2 days, lol. Talk about pungent.

Great advice, though! A winning take-away is that even with natural/healthy/essential fat sources (not industrialized – like Trans), balance remains key!

…and its good friend, cilantro…yum!

One of the other things to keep in mind is what type of fat it is that you’re eating. I’m working on lowering my cholesterol, so I have to watch out for saturated fat in particular (no more than 15 grams of it per day).

Thank you so much Erika!

I just wanted to say thank you for the help. I’m in the process of learning to eat healthier. I’ve lost 22 pounds since December 2012, and I don’t want to gain any of it back.