Home Health News Would You Recycle If You Could Trade In Trash For Veggies?

Would You Recycle If You Could Trade In Trash For Veggies?

In many urban centers throughout the world, vibrant waste recycling programs aren’t just eco-minded niceties, they serve an essential role in keeping communities clean and clutter-free. But thanks to one forward-thinking initiative in the Brazilian city of Jundiaí, trading in trash has never been tastier. 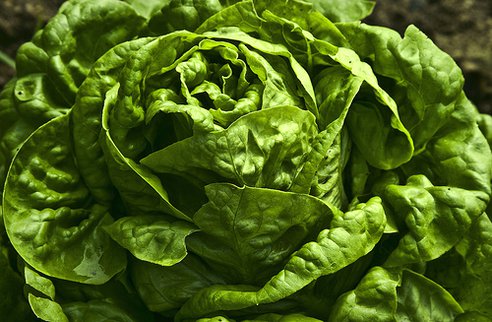 Ten years ago, the city’s Municipal Utilities department launched “Delicious Recycling“, a program aimed at encouraging residents to get into the habit of collecting recyclable waste in exchange for fresh vegetables, grown locally in a public-run garden — and boy did it take off. Today, the garden boasts more than 30 thousand plants to meet the demand of thousands of veggie-loving recyclers, turning aluminum cans and plastic bottles into edible greens.

Ultimately, the program has done wonders for the health of the environment as well, by ridding the city of improperly disposed waste.

“What once cluttered and even choked the flow of water from storm drains is today used as currency for healthy food,” local mayor Miguel Haddad tells Jundiaí Online. “Everybody wins with this.”

Good grief… New York City would look like the land of milk and honey from now on if we could get that… but I digress.

Apparently, there are other programs like this, as well:

The idea of trash as food may be a bit controversial (especially if you bring your dumpster-dived delicacies to a pot luck), but trading trash for food has proven wildly popular in Mexico City.

The sprawling city’s[…] residents generate some 12,600 metric tons of trash a day, a figure the government is keen to reduce, especially following the closure last year of the massive Bordo Poniente landfill. One of the solutions it has devised is a monthly barter market, the Mercado de Trueque, where people can swap recyclables for farm-fresh produce.

Trading Plastic For Produce
Participants who bring glass, plastic, aluminum, and paper and cardboard waste to the market, held in a centrally located park, receive “green points” good at a nearby farmers’ market where the vendors are paid by the city and come from farms in the surrounding area, CNN reported last month. In addition to locally grown fruits and vegetables, people can also use their vouchers to buy seedlings so they can start growing their own food at home.

The concept was an immediate hit: According to Fast Company‘s innovation blog Co.Exist, the first market “sold out, exchanging nearly three tons of 60 agricultural products for trash.”

“This innovative program is designed to show citizens directly and tangibly how what we call trash becomes raw materials,” the Mexican environmental agency wrote on its website, according to a translation by Co.Exist, which added that the program creates a “direct link between sorting and exchanging waste and a sustainable food supply.” [Treehugger]

Q&A Wednesday: Doing It At The Desk

This actually sounds exciting! I would totally be in for this! We should do this!

What do they do in France? Nothing!
In Denmark, in Germany for instance the consumer pays an extra 0,25€ more or less everytime he/she buys a plastic, a glass bottle, or a can wherever the place. If he/she wants the money back then the bottle has to be brought back to a machine in the supermarket and you get a coupon ( to be used in this same supermarket) .
In France nothing is going on as far as I know, no particular incentive, and I don’t think such incentives will work because people having access to food is not really an issue… Someone correct me if I am wrong.

I would love this! It makes so much sense.

OMG!!! This is a great idea! Can us Hippies get together and make this happen? Start a green non profit that will keep trash under control while feeding people clean real food? I can definately see this in DC!