So… I happen across these photos on Gawker of 50 Cent… 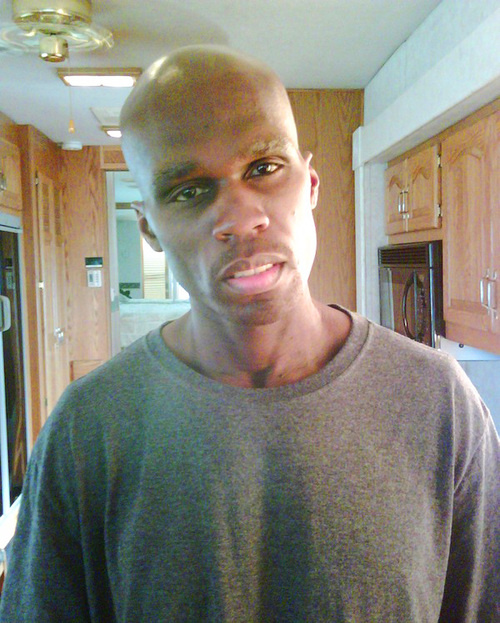 …accompanied with the following short story:

It takes several long stares to comprehend that these photos depict rapper 50 Cent, who once looked like this. In the name of his burgeoning acting career, he removed several tattoos and lost 60 lbs. to play a cancer patient.

…50 Cent can expect breathless accolades for his portrayal of a cancer patient in next year’s Things Fall Apart. These photos come from 50 Cent’s official fan site, where a moderator explains,

He dropped from 214 pounds to an astonishing 160 with a liquid diet and three-hour-a-day treadmill walks for nine weeks.

I didn’t expect anyone to really ask me what I thought about it, but hey. This is a site about weight loss, huh?

Y’know, 50 Cent isn’t the first to go to drastic measures to fulfill the obligations of a role. I can think of celebrities gaining weight (Robert DeNiro in Raging Bull, Jennifer Hudson with Dreamgirls), losing weight (Tom Hanks in Cast Away, Jennifer Hudson… again, supposedly)… and working darn hard to get the rubber band to go back to normal after stretching it to its limits, so to speak.

I couldn’t care less. I’m certainly not inspired by his “diet” to try it on myself. Why? Because I know three things:

1) These celebrities are paid very well for their time and efforts in taking their bodies to the limits to fulfill the needs of their roles. It’s one thing to select a celebrity for either their star power (the name they’ve built) or their talent regardless of how they look nothing like the character… but to select them and expect them to go that extra distance? Someone is paying serious dough for it. I can’t knock the hustle if 50 Cent felt like the dough was worth the strain on his body that a liquid diet may leave him with – actually, I could, but like my usual statement goes… I’m neither invested in nor affected by his personal decisions. 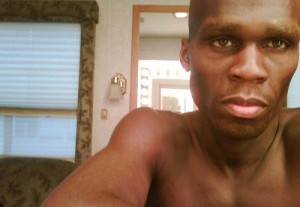 2) They are monitoring his every-freaking-move while on this thing. Think about it – a full liquid diet and only cardio is meant to deflate the body – it’s supposed to make him look like a cancer patient! A lifestyle meant to emaciate the body that thoroughly, coupled with that money in point one? Means he’s got the best doctors monitoring his every move. And rightfully so. Liquid diets are no joke. He’s being monitored so closely because he needed extreme measures for a temporary effect. As he said, “I’ve been eating – I’ll be back in shape in no time!” He’s basically telling you… that mess was only temporary. And as anyone who reads this site often would know, I’m gonna tell you – healthy, sustainable weight loss is absolutely about a lifestyle change. Not a temporary diet.

3) Look at him. He looks like his role. They nailed it! The body I want is brickhouse-style, and I know how to get it. That certainly doesn’t include looking like I’m battling cancer. Any brickhouse you know that resembles 50 Cent in these photos, well… you’re lying about her being a brickhouse. Ya just are.

In short… unless you’re being paid millions of dollars to go out of your way to change the way your body responds to food and, well, life… I suggest you skip that idea and just look forward to seeing 50 putting this new body to use.

My Thoughts On The Vogue Italia “Plus-Sized” Cover, “Real Women,” and Body Snarking

The Quick Fix is Never Quick, and it...

You Knew That Flat Tummy Tea Was a...

You made great points. Most importantly, this is supposed to make him look like a cancer patient! I cant lie back in the days I would have wanted to give the diet a try. However, it has to be a lifestyle change….and I need more in my life than liquids!Small steps, bring big results!

WOW! i AM speechless, he looks like a zombie! I hope the film does well otherwise he has done this for nothin. It cant be healthy to lose all that weight in 2 months!!!

I abso LOVEEEE you blog! You know ur pic of ur progress is save on my fone, so that every time I feel lazy I look at it, and away i goooo!

I love this blog! I started running about 2 weeks ago, everyday! and now its a breeze to do distances that I thought at one point wasnt possible!

That is a disturbing picture. It took me several looks to figure out it was 50. I hope he wins an Oscar, Golden Globe, Sag, Grammy, American Music Award and any other for what he put his body through. As one of the previous ladies stated I too hope the film does well or all the strain he put on his body was for nothing.

*blinkety blink blink* Wow. That’s scary. Seems like it would cause heart problems. And he has got to have some residual issues from those gunshot wounds. No amount of money is worth it.

Completely agree – and I’m glad you pointed out the fairly obvious (to us, maybe not to some of his fans) fact that he’s trying to look like a Cancer patient. When I saw him, it reminded me of that Stephen King novel/movie Thinner, and at the end the guy literally looked translucent. And of course, everyone’s been making those I Am Legend comments…*smh*

People really need to note/understand that these celebrities do this with a ton of resources at their disposal (doctors, equipment to monitor, $$$, etc) and that it’s temporary. The average Joe will end up in the hospital quick like this.

My goodness. What a drastic change! Please no one try this for yourself. I do hope he will be alright.

WOW…that is all I can really say. WOW!

he my row model but i cant follow his ways thats bs!!!!!

He looks awful but alas…that’s the look he was going for. He’s getting paid millions to do this crap so kudos to him I guess

No thanks re liquid diets…..

…that photo is just scary.

Well, if I didn’t already know that liquid diets were total foolishness, this would certainly convince me!! He looks absolutely ghastly.

What a great argument for losing weight in a healthy way.

What ever happened to this film, its been a while and I haven’t seen any information anywhere! Im dying to see it!!

I like this article it very interesting thank you

Great! In Just 30 days I lost weight & feel great. I’m no longer embarrased to wear a bikini and my skin feels beautiful. Thank you so much for changing my life with this wonderful product.

Lose weight and stay healthy. That is the way to be attractive.