Fit Chick Watch: Serena and Venus Williams Show Up And Show Out

This came today… and I’m just like.. in awe.

In the NYTimes, this photo shoot… 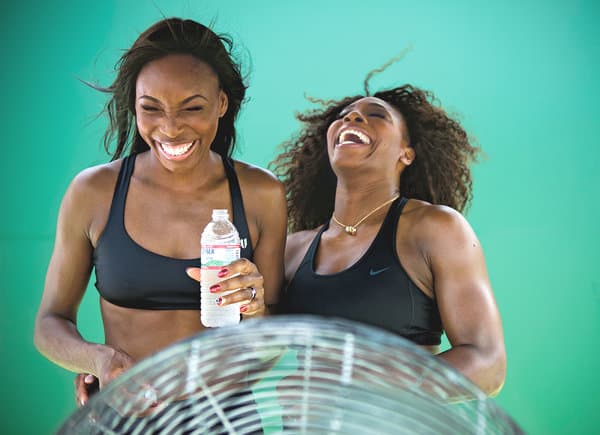 …resulted in this cover… 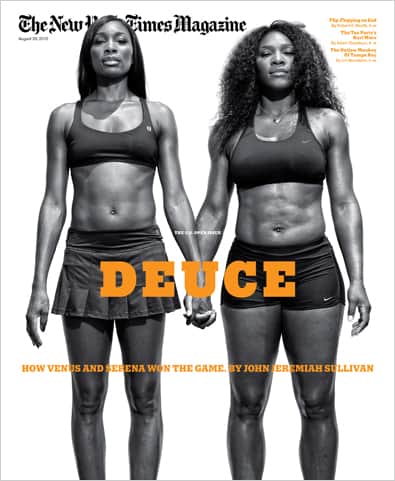 …and was partnered with this epic article, excerpt here:

This was in Compton, the low-income, gang-afflicted hub city outside Los Angeles, an area made infamous by many a rap song. Although they enjoyed about as stable an upbringing as you could have in Compton back then, its problems were no mere abstraction: they supposedly knew to lie down on the court when gunshots rang out in the park. And there’s a story that Richard, when asked what he would do if his daughters ever won a Grand Slam, said he would go back and try to help the Crips who sometimes looked out for the girls during their practice sessions. “Venus Williams Is Straight Outta Compton!” read an early promotional poster their father made, to post on telephone poles. He billed the two as celebrities before they were even famous. That was how you did it. Not fake it till you make it. You decided what you were. First you had the belief, and then you had the training. “Belief and training,” Venus told me a couple of weeks ago when I met with her in Cincinnati, where she and Serena were playing in a tournament just days after returning from the Olympics. “That was unconquerable.”

Not to mention, Serena’s appearance on Letterman… um, I’ll let the photo speak for itself: 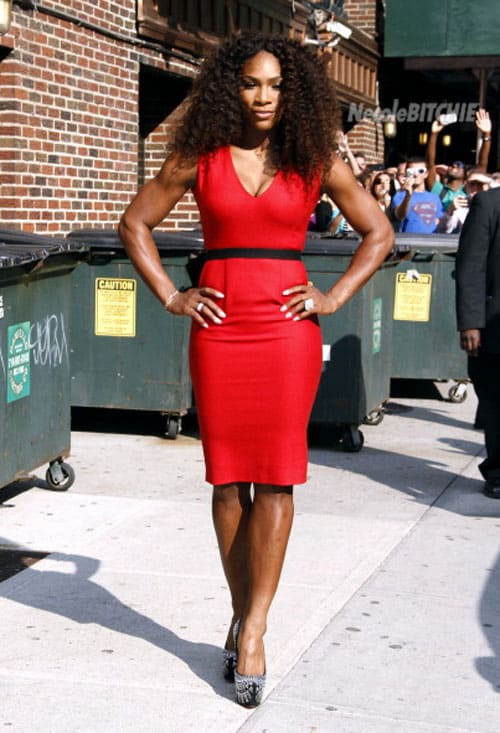 more of those are available at Necole’s site.

Serena is my same sex crush and my role model! You go girl! And those shoes are fierce!

Lol, mine too!! I promise, whenever I feel like giving up and out at the gym, I think about her physique and keep it moving. She is a great example of being in shape and having curves. Love her!!

Sharita: We should start a club!

They are some Bad Chicks!!!!

These black girls rock .. a real example of class

Someone needs to pass Serena my digits…Heyboo!!

I keep a fitness journal to monitor my fitness and keep me focused. I add inspirational quotes, workout routines from various magazines and fitness photos of women who inspire me. I definitely plan to add the the cover shots of the Williams sisters to my journal for inspiration. These girls are fierce.

Thanks for the NYT link, I did not know Serena speaks fluent French! The way these sisters handle themselves and stay beautiful (Venus’ cheekbones-wow) is an inspiration.

Gotta love Black women being appreciated for their bodies once again. History doesn’t repeat it’s self but there are always shocking similarities. Sarah Baartman comes to mind.

They are athletes. Their bodies are instruments – tools of success, results of hard work. That is markedly different from turning them into some kind of circus exhibit.

First you had the belief, and then you had the training. “Belief and training,” Venus told me a couple of weeks ago when I met with her in Cincinnati, where she and Serena were playing in a tournament just days after returning from the Olympics. “That was unconquerable.”

Excerpted from Fit Chick Watch: Serena and Venus Williams Show Up And Show Out – A Black Girl’s Guide To Weight Loss

That’s what’s gonna get me to the Marine Corps Marathon 2016…the belief that I can do it!