Celeb Watch: Brandy Admitted To Having An Eating Disorder?

Did this sneak up on anyone else?

With a hit television show and a successful music career, Brandy Norwood was one of the biggest stars of the 1990s, but her life was far from perfect.

On tonight’s episode of VH1’s “Behind the Music,” the 33-year-old reveals her struggle with an eating disorder as a teen.

“I wanted to be thin. That was my main thing. So I started not taking care of myself — not eating properly, not eating at all, diet pills, regurgitating, all all of these things that girls do,” she revealed to VH1.

The singer and actress explained that even with all her No. 1 singles, a starring role on the series “Moesha” and a decent film career, she always felt as if she was falling short. 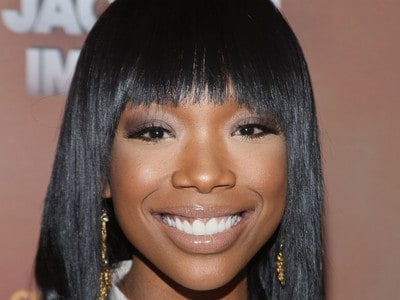 “People don’t understand that being the hottest star or making the most money does not mean anything,” she said. “I’m here to tell you I was making so much money — I was omnipresent — and I was the unhappiest teenager probably in the world.”

Did I miss all of this? Why was this not a bigger deal?

Are Black celebrities often coming out admitting they had eating disorders and it’s just run of the mill news, now? Or are you guys slippin’ on sending me stuff? [shakes fist]

The comments section on the HuffPo article are rife with people criticizing her for the car accident she caused, or saying “pfft – eating disorder…I had one, everyone had one… nothing new” – but is this really nothing new? And why was there no huge fanfare about this on any of the major “urban media publications?”

Oh, because Black women are too fat to have eating disorders. My bad.

I’m proud of Brandy for sharing her experience. I remember that she spoke about this several years ago in a few interviews. I recall that she was hospitalized at one point for exhaustion as well.

Her story resonated with me because I was going through something similar. I think that more people should talk about this to take away the stigma. I agree that the focus is always thick, fat or whatever but more people need to realize that some woman (and men) struggle with the other extreme of trying to be thin. The dialogue needs to shift to discuss mental and physical health instead of just the aesthetic.

I think this is why I try so hard to stay focused on a holistic approach to weight loss, fitness and wellness in general – because without that kind of balance, you’re really stuck with either desperation or dangerous methods.

I hate to hear this about her. I just wonder why it wasn’t made out to be a bigger deal.

Honestly, I don’t think people really know how to respond to the fact that black women (and men) suffer from disordered eating and body image issues and tend to backpeddle uncomfortably whenever it comes up. It’s complicated and ugly, and black people have a real tendency to pretend that any sort of disorders are fabricated or white people’s issues. There was an interview in Essence with Keri Washington a few years ago and she admitted to bingeing, then working out excessively, like 4 and 5 hours in a row every day followed by long periods of not eating enough. There wasn’t any response to that either – folks were more focused on her relationship to a white man. It’s difficult to accept that our relationships to our bodies are very real and very complex. I went through periods of disordered eating when I was in my teens because ironically enough, I didn’t have a body like Brandy or the other thin girls on TV. I felt then that skinny girls got respect and didn’t have to live in fear of unwanted attention from nasty old men. I guess in Brandy’s case, skinny girls were successful, rich, and happy…. maybe safe from dirty old men, too, I don’t know. Knowing now that someone I looked up back then felt that way, too, makes me feel I wasn’t alone. But it also really makes me wonder if it’s really possible to rear kids with healthy body images in such a thin-obsessed, body-shaming society.

Erika, perhaps a bit of envy at play here? (Not you, but in answer to why this was not a bigger issue).

Sometimes I think we look at people like Brandi and think, “Problems? How can she possibly have ANY problems? She’s famous, rich, AND skinny!” Therefore, she is not deserving of our sympathy/empathy.

I hope her public sharing of a very private issue will only serve to make more people aware of eating disorders.

I really think more black women do have eating disorders, but because it’s not spoken of openly we tend to push it to the back of our minds. A lot of black communities (and people) turn a blind eye to things we feel are “white” or that don’t follow biblical teachings. Just like the increase of HIV infection rate amongs blacks and homosexuality (how many of us know tons of gay/lesbians, but it’s never openly accepted) most chose to ignore the weightloss/eating disorder elephant in the room.

I was surprised it wasn’t a bigger deal too. Although I was sort of not surprised by it (because I had noticed she was really skinny), I think people didn’t make a big deal about it because it was a past issue, and not a current one. Not saying it’s right, because there are lots of girls who suffer from body image issues and take extreme measures, but I think that’s the reason.

I think it’s ironic to talk about how sad Brandy’s condition was when this site is called “blackgirlsguidetoweightloss.com” Every single major eating disorder association supports Health At Every Size, a movement that aims to stop disordered eating by promoting body acceptance and healthy behaviors, without an emphasis on weight loss. By equating thinness with health, it becomes easy to promote disordered eating. Instead, we should acknowledge that by adopting healthy habits we can make significant improvement to health without losing a single pound, and there is a lot of data to support that fact. Additionally, the unfair blame placed on black women for being fat and unhealthy ignores the fact that black women tend to be more muscular than women of other races and also tend to distribute fat in a healthier way. I encourage you to question whether or not one needs to have a normal weight to be healthy, and please look into the HAES movement.

Also, I think it’s cute that you associate “weight loss” with “eating disorder.” That kool-aid must be mighty sweet.

Hi everyone,
I suffered from an eating disorder in the past ( binge eating). There are many reasons people suffer from an eating disorder and it rarely about being thin. It usually stems some type of abuse whether it be emotional or physical stressfull events. It is a coping mechanism. More people should talk about so other young girl could know where to get help especially black women. I honestly think that alot of women binge eat and are afraid to talk to a counselor. We have to find the right outlet and take an holistic approach to this subject. The eating disorder programs do to talk about health at every size but they also have stereotypical thoughts about how black and hispanic women want to be thicker than their counterparts.

People with eating disorder usually want to have control because an stressful event happened to them. The event such as the car accident for Brandy plus the stress of being perfect in the pop world. Alot of people do not know where to turn to. After being through programs I found that finding a medical team that did not judge me or say harmful comments was important. Then finding a therapist who deals with trauma by using art therapy and doing hot yoga. Another big factor is finding the right doctor and dietitian that listen to your needs and look at weight loss with a lifestyle approach instead of focusing all on calories. My whole family deals with binge eating due to abuse they encountered in the past but I am the only one who got help for my trauma. Maybe one day Brandy and others women of color would doa documentary on where to get help for girls and men who suffer from eating disorders in the future.

I think Brandy admitted this a few years ago. I remember it helped me start talking about my own ED. I wish it was a broader discussion in our community because I do feel there are more of us who suffer from one or more of the various forms of ED than we realize. But it still has a stigma as a rich/white/female disease.

I am a fan of Brandy’s music and follow what she is doing, so this wasn’t really new to me. If you saw the “You dont know me” video you knew something was up.

This was prior to her car accident so I don’t think that was the issue. But its interesting to look back at that video and notice the signs. Her arms *shudder*.