So…last Wednesday, I was given the distinct pleasure of attending the Blogger Meet & Tweet in Manhattan, as a total newbie. Like, didn’t know the crowd – only knew of a handful of people who would be there, and you can rest assured many didn’t know much about me – but I realize that, even though I isolate myself a lot as a blogger, I’m generally a people person. I think, more than anything, if I managed my time better I’d be soooo much more social… but until then, I’ll just go to events like these as the only six foot tall ‘fro in the room. 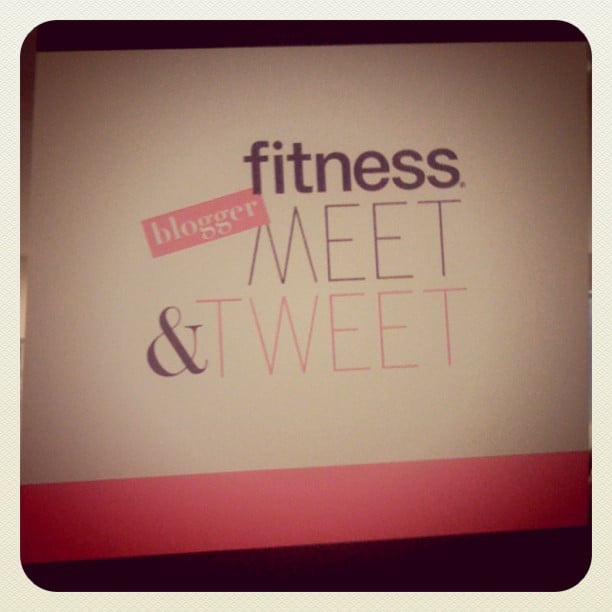 Everyone was kind of caught off guard by my cluelessness – I get to walk around? I get…samples? – but they all were awesome in explaining what I’m supposed to do and where I go. The event was a combination of panels as well as vendors explaining their product to me. 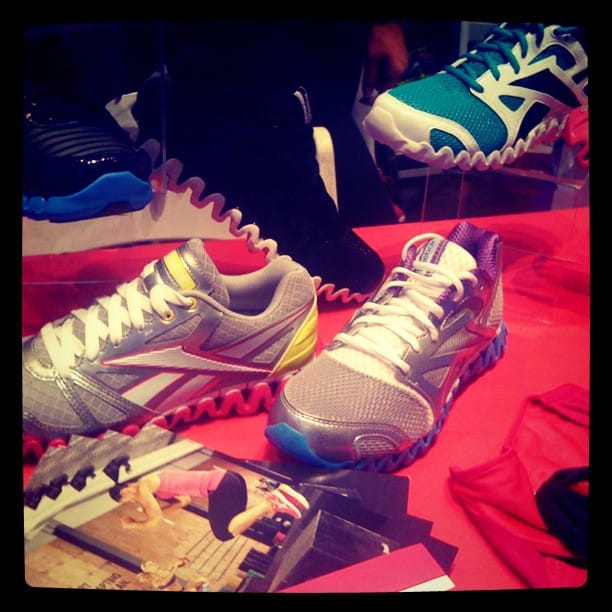 I did make it through to all the vendors…but y’all know me – I’m a nerd. I was most interested in what the panelists have to say. Five panels in particular – a panel on “Carbs, Cleanses and Coffee;” “Fitness Facts & Fibs;” “The Spandex Segment: Fashion and Fitness;” a panel on building a blog into a career as well as the panelist who spoke during the lunch segment about food addiction (who totally had my heart, talking about a subject near and dear to me) – had me doing more note taking than actual schmoozing… but people were spotting my tweets and coming up to me asking “are you Erika?” and telling me “Your ‘fro is way more awesome in person!” 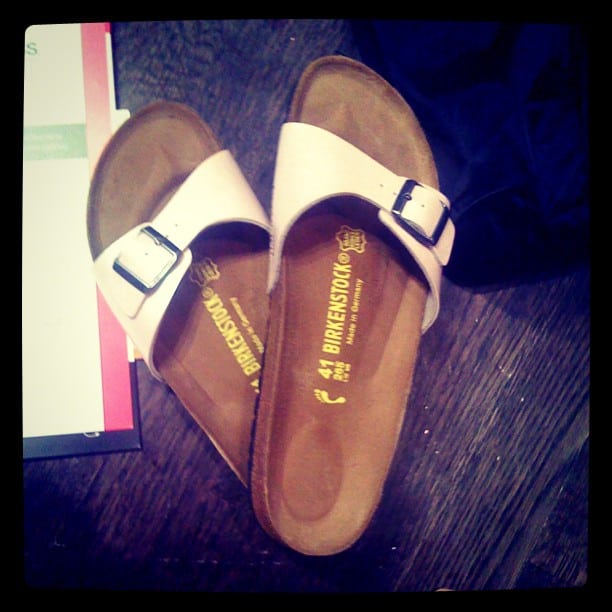 The pearly pink Birkenstocks they gifted me...and y'all know I love my pink! 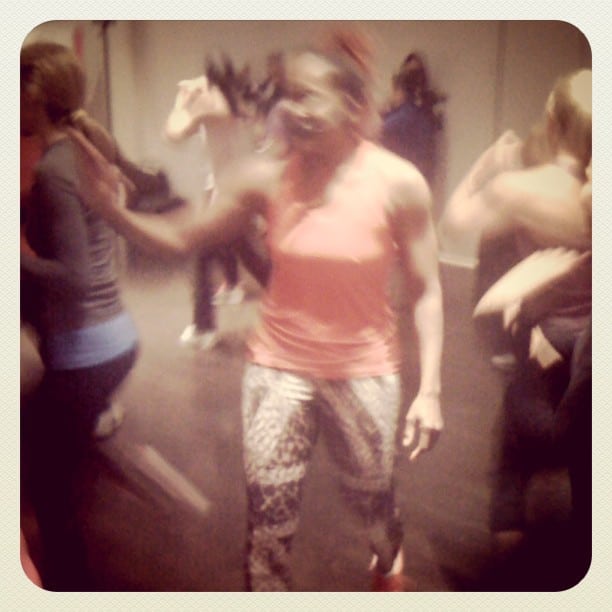 The epicly-built Reign of @TaburaFitness, who wouldn't be still long enough for me to snap her photo, led the KiwiSweat Pop-up workout class at the end of the conference!

At any rate, I recorded the sessions from the Meet & Tweet and plan to post the important quotes from them…but the event was awesome. Mia Hamm, badass soccer player, was there – I didn’t get to meet her, but tons of people got signed soccer balls from her. Oakley – who apparently makes sports apparel, something I’m mad late in learning – was there; Birkenstock (which totally brought out the urban hippie in me); KiwiSweat, who hosts pop-up fitness classes in NYC (hmmm…) was there; Reebok showed off their new line of running sneaks and Camelbak promoted it’s new product (that I’m totally gonna have to share with y’all)… V8, Vichy, Pure Protein, The Grain Foods Foundation, Sun-Maid? All there. Showin’ off. 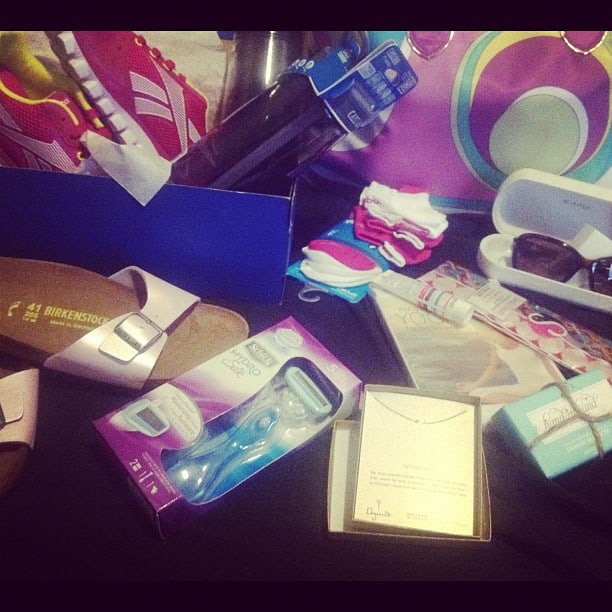 My own little swag bag... with my non-processed food swag

I did wind up taking home an awesome swag bag, full of products from Reebok, Birkenstock, Oakley (glasses that don’t slide down your face when you sweat? Dude…), Dogwood Jewelry, Schick (I know, brand overload), but no other product was appreciated as much as the concealer I uncovered in the bottom of my bag… 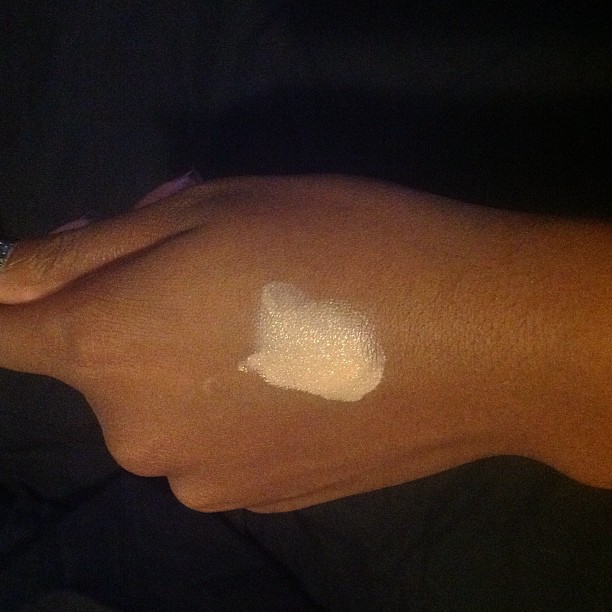 Yes, that is my hand. With the concealer on it.

At any rate, be on the lookout for those quotes from the panels that took place, because transcribing those quotes is taking me a bit longer than I anticipated.

(Side note: it takes me longer to write these short posts than the regular uber-long ones I write! What gives?)

Guess most fitness bloggers are white? LOL. I’m so jealous! I hope I can get serious enough about my weight loss blogging to go to one of these one day! Mia Hamm was my hero when I was little, I would’ve geeked out had I been in a 100 ft radius of her

Y’know, someone else said something similar on the FB page. Just felt like an interesting assumption.

I gotta go find my favorite white girl and give it to her. LOLOL