Home Beauty Looks Like Minnie Mouse Has Lost Weight… Or Something

Looks Like Minnie Mouse Has Lost Weight… Or Something

Emphasis on the “or something,” of course:

As New York department store Barneys gears up for its annual holiday campaign, they’ve announced something for the kids: A runway display that will feature classic Disney stars like Mickey and Minnie Mouse. 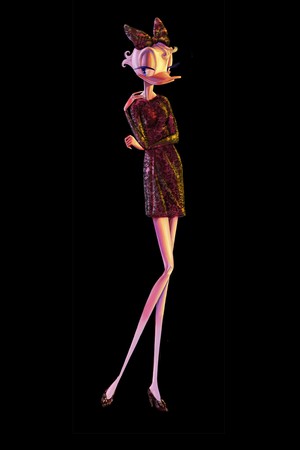 But, to make the mouse duo more “appropriate” for the runway, the characters will be taller and skinnier than their actual size — a decision that has some people outraged because of the message it sends to young children about body image: 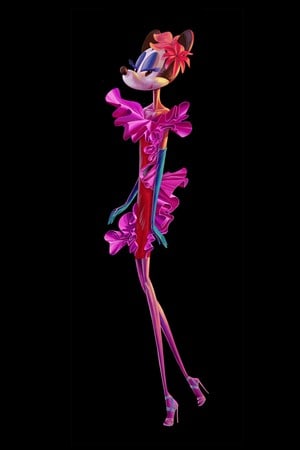 Barneys’ creative director, Dennis Freedman, explained the decision to make Minnie Mouse 5″11 and significantly skinnier by saying that Minnie would otherwise not “look so good”:

“When we got to the moment when all Disney characters walk on the runway, there was a discussion,” Freedman recalled. “The standard Minnie Mouse will not look so good in a Lanvin dress. There was a real moment of silence, because these characters don’t change. I said, ‘If we’re going to make this work, we have to have a 5-foot-11 Minnie,’ and they agreed. When you see Goofy, Minnie and Mickey, they are runway models.”

Barneys’ move is reminiscent of a similarly problematic marketing tactic from another department store. Last month, JCPenney drastically altered the size of its mannequins, slimming them down to the point where the mannequins’ legs were actually skinnier than a human arm. [source]

For comparison, check out Goofy: 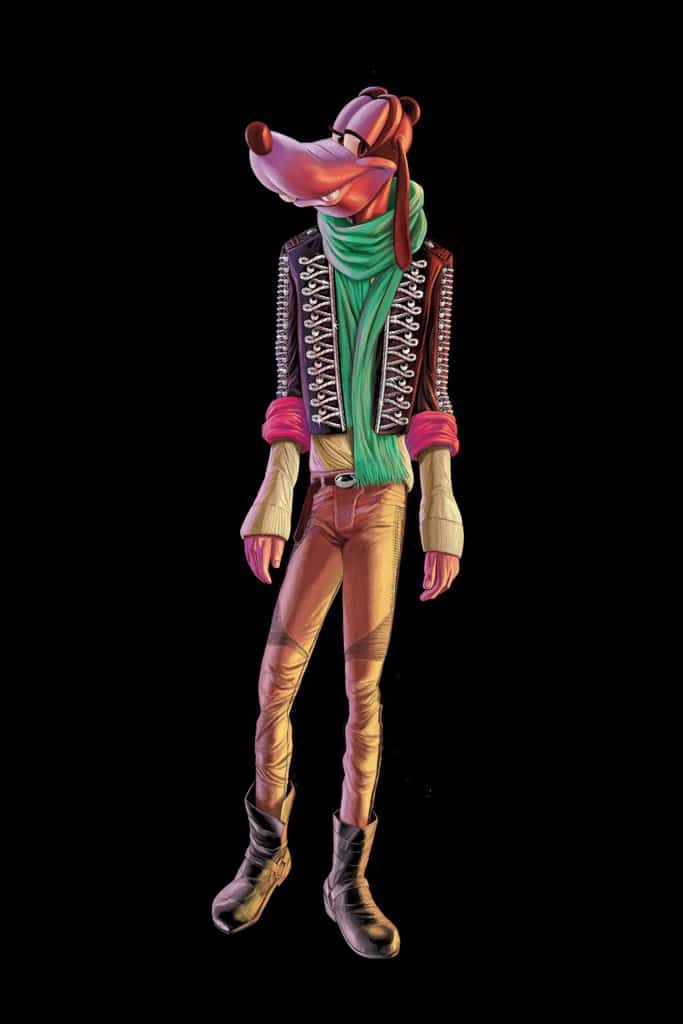 The saddest part of the article, for me, is the final paragraph, which links to this tidbit of information:

A new campaign that aims to empower teenagers from today’s image and weight obsessed society has revealed that the number one wish for 11 to 17-year-old girls is to be thinner.

Miss Representation has released facts during its Keep It Real campaign, revealing that 80per cent of ten-year-old girls say they have been on a diet and 81per cent are afraid of getting fat.

Adults have become accustomed to dealing with society’s constant and pervasive body pressure, but how young girls handle the idea that their value lies in youth, beauty and sexuality is troubling to many.

The facts, which come from lengthy studies published in the Journal of Christian Nursing, also revealed that 53per cent of 13-year-old girls are unhappy with their bodies, a number that increases to 78per cent by age 17.

I’m going to be realistic and say that, while I doubt a “fashion magazine” would affect many of the little girls I see and talk to each day… I bet the latest music video probably does. In fact, I’m pretty sure it affects many of the grown women I encounter each day, too.

Serious question: what do we do about this?

I see nothing wrong with these images infact I have them as my background for my work computer. I think they are adorable. Since is Barney’s marketing to children? Children have no money and the last time I was in barney’s, a few weeks ago, I didn’t even see any children. People are too sensitive about everything and try to shelter their children from everything. I’ve been reading Vogue since I was 10 and never once did get all upset about how I looked because of how to the models looked, I just wanted the clothes. Stop relying on media to teach your children and teach them yourself! Tell them that Minnie Mouse isn’t real, tell them that magazine alter photos, tell them the truth! Geez for the love of the Universe they are not even real and people are getting offended.

“People are too sensitive about everything and try to shelter their children from everything.”

…but, children aren’t sheltered from much of anything right now, so I’m not implying that kids need to be sheltered as much as I’m asking what do we TELL girls and women so they aren’t a part of the statistics mentioned in the rest of the quoted article.

I mean, listen. This is New York. There is NO “shielding” your children here. You can shield them all you want, but as soon as they get a metrocard… it’s curtains. You seem to have grown up without the negativity. What was told to YOU? What helped?

Money talks for these people. Until we demand that they show more realistic images by not buying their product nothing is going to change.

And so there lies the problem…there isn’t enough demand. People are so unhappy with who they are they continue to buy into a lie that they will never achieve.

I think if these images weren’t geared toward children then they wouldn’t have used cartoons. Children see things & try to convince their parents to buy them no matter how expensive or ridiculous. That is why so much is marketed to them. They don’t need money, they have ours and we give them whatever. My daughter is in adult clothes like many young girls & if I had the money to waste & cared about what she wanted I would buy it for her.

I have a 3 girls 10, 6 & 1. The 10 year old obsessed with videos & magazines but she doesn’t compare her body to the girls she sees. Growing up I did because of the pressure from adults close to me who emphasized not getting fat. I’m struggling with not doing the same. Its what I’ve been condition to do when I see fat. She is a little bit on the thick side. She’s in a size 1 in adults but looks in the mirror & loves herself anyway. I know if I show her these pictures she’ll wonder why they look so stupid. She thinks anyone who is too skinny looks stupid. I love that! I was real health conscious with her early on but for the last 3 years we’ve been sloppy with our eating & we’ve gained alot of weight. I have forced us to eat more cleanly & we’re doing yoga daily.

Sorry, but those are the ugliest reimagining of Disney characters that I’ve ever seen. Classic Disney characters are a brand that shouldn’t be altered to the point where they are unrecognizable, or in this case, look like crack-addicted creatures. But to each his own.

Hear hear…
I will have to say that from time to time I compare my body image with those I see in magazines and sadly my peers. I thought something was wrong with me when the majority of them are very petite and I am obviously not (I have a muscular body type). That constant social interaction, coupled with what I see in the magazines and TV ads really messed with my psyche. There are too many unrealistic thin boyy types

(sorry)… thin body types and not enough exposure of real, healthy women. I am so serious when I say that I was so low on the self esteem scale and not until recently, I am bouncing back. Children are not the only ones affected by society’s standards of beauty.

I too have seen these images, and heard the issues behind them. I also think that since these are cartoon characters, that these images are geared towards kids. Now, while I do think we should be on a national campaign to end childhood obesity, this angle is a bit much. This is always the downside of weight loss, we promote a healthy weight, but truly America does not understand the concept of a healthy weight. Otherwise, we would not see such drastic images. Hopefully this will not impact the toddlers, and young children, but the teenagers may be susceptible to thinking that they need to go on a diet. I hope not.

Goofy looks like MJ. And I think the whole thing is ridiculous.