Home BeautyBody Image “If You’re Fat, You Only Have Yourself to Blame”

“If You’re Fat, You Only Have Yourself to Blame”

This kind of stuff gives me a headache.

And, I’m sorry to say, that’s exactly what this did.

Last week, The Daily Beast published an article written by a woman who admits to being “a former anorexic” who opines,

Forget the food police – what happened to common sense? When things go wrong, do you blame yourself or others? When you identify a problem in your life, do you fix it yourself, or do you point the finger at someone else?

Lots of more text happens, then this appears:

Avoiding responsibility is easy, but ultimately pointless. Five years ago I gave up smoking. As any ex-smoker knows, there is nothing more tempting than others lighting up around you, the sight and smell of a cigarette, the habit, the urge. Instead of blaming other smokers, I simply avoided pubs, clubs – even coffee bars – until I was through the worst cravings.

This is called taking control. Because guess what? The real world is full of triggers, from super-slim models to ‘thinspiration’ websites, to female friends discussing the size of their thighs or their juice-only-day-on-day-off-fasting-detox. (After 10 years of anorexia I personally find this weight-and-body-obsession unhelpful, but I don’t blame them.)

Remember US consumers taking legal action against McDonalds for making them obese? In 2009 a former heavy smoker sued Philip Morris and was awarded $300 million.

But no-one forced them to eat or smoke. You don’t hear those who suffer from depression complaining that discussions about mental illness exacerbate their depression. What about cream cakes and cookies in supermarkets? Aren’t they triggering for those on a diet? Same with booze – it’s everywhere, but it’s still a personal choice. A friend of mine is recovering from alcoholism and she just has to grit her teeth at weddings. She does not demand that others abstain from alcohol; she accepts that it’s part of the culture we live in. [source]

I’m not quoting any more. I promise. 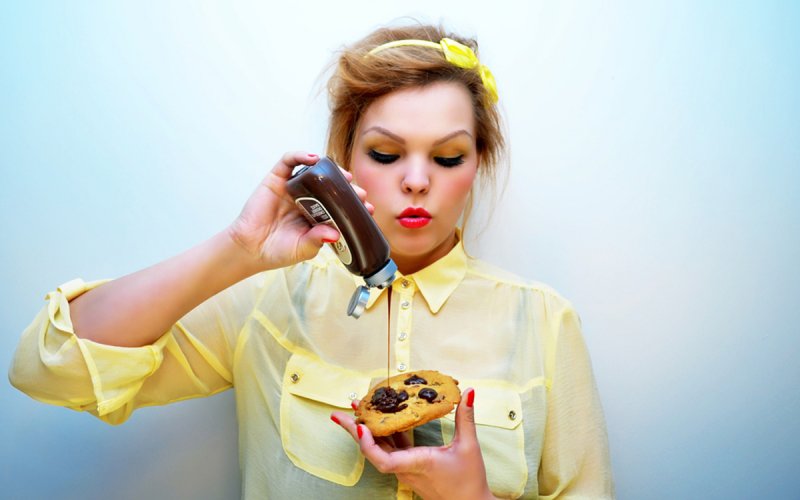 I will say this, though – I can think of five reasons, just off the top of my head that eradicate the idea of “personal responsibility” in terms of body size, but I don’t need to list them.

Because it’s not your business. No one owes anyone conversation about their body, their size, or their health. They aren’t obligated to share what could be considered an “explanation” – or, in the eyes of some, an “excuse” – for their size, as if to imply they should apologize to society for being fat.

Guess what – barring liposuction and tummy tucks, most people who are fat today? They’ll be fat tomorrow, and every single day until they aren’t fat anymore.

Can these people live? Can they breathe? Can we let people do what works best for them, without judgment, with support and encouragement and compassion?

I also, as someone who hasn’t taken a puff of a cigarette in what will be five years come May 15th, cannot tell you the sheer irony in comparing smoking to food, without acknowledging the sheer hell that people go through to give up what makes smoking so addicting and acknowledging how that could correlate to the struggle of giving up what makes weight loss so challenging.

(And, yes, “How can food be an addiction? I guess we’re all addicted to food then, huh?” is a phrase that’s so annoying, it should probably be its own blog post.)

Also, as a person in recovery from her own eating disorder, I struggle with the absolute irony of a person who publicly admits to struggling with anorexia for ten years who wants to point the finger at overweight people and wave the flag of “personal responsibility.” What’s become an almost-lifelong habit is hard to give up, whether it results in a thin body or a not-thin body.

Bodies are fraught with emotional issues. We’ve all had our fair share, and need to spend time healing. Why someone who clearly struggled with their own body would be so devoid of compassion when it comes to someone else’s ability to control themselves… is beyond me.

Oh, wait, I do know why: Anything for clicks.

What did y’all think? Let’s discuss.

I read an article a LOOOONG time ago by I think Naomi Wolf (can’t remember accurately) and it made reference to the book Fat is a Feminist issue. Anyway, in the article the author talks about how even though women who suffer from anorexia have a very serious eating disorder, they are still lauded for staying skinny. It’s kind of a sick and twisted thing in us. So she was saying basically the skinny girls get to have this eating disorder with all the love and compassion, etc. because their disorder keeps them…..wait for it….SKINNY. I think that’s the disconnect for your author. She can’t or won’t equate her eating disorder and struggles with the those of the fat people because they are FAT. Trust she’d give another anorexic so much love and compassion because she remained thin.

It’s always been an interesting premise since I read it and I feel its truth every time I hear stuff like this.

This was article was absolutely great. Generally, speaking from experience, I have found that SOME people who struggle with their own self-perception tend to place the similar restraints and rules on others.
Also in terms of giving up “bad” habits, yes giving up smoking is very challenging but the fundamental flaw in comparing smoking and eating is that you cannot just stop eating or cut it out of your life in the same way smoking can be removed. You don’t need to smoke to live. Eating is more innate, and our “bad” eating habits are somewhat etched into the building blocks of what make us who we are, our DNA and genetics. Sure smoking has it’s tempting urges, but I feel that the temptations of food are far more widespread. In daily life I rarely come across smoking, but just walking down the street or watch television I am bombarded with food, eating and everything related.

I think they should remove the word “blame.” No one is to blame for anybody being fat/alcoholic/a smoker. People are wired differently; people cope differently, people have different body types. No shame, no blame, it’s just life.

I absolutely love this because society’s perception of FAT people is horrible. I’ve had to actually sit thru a class where the instructor is teacher behavioral theory that states that “Fat people make their friends fat” Really??? After being momentarily horrified, I couldn’t take it anymore. Though I’m ‘fat’ I never encourage others to eat excessively, I actually eat better than ALL of my ‘thinner’ peers and I don’t expect anyone to get fat to make ME feel better. Its amazing how often I’ve had to break it down to people that overeating is an addiction, just like alcohol or smoking with one big difference. I HAVE TO EAT TO LIVE, but booze or cigarettes aren’t a requirement!!!! But alas, its a ongoing battle to educate the unaware.