Home BGG2WL Spending a Week in the City With Nokia #HelloIcon

Spending a Week in the City With Nokia #HelloIcon

Last week, I was graciously offered the opportunity to spend a few days with Nokia at Social Media Week, an event geared towards marketers and advertisers to help them better connect with their supporters on social media, and of course I couldn’t say no!

If you follow me on twitter, you might’ve noticed the onslaught of tweets of photos that I sent out with the #helloicon hashtag attached, and that’s because Nokia was launching their latest phone, the Lumia Icon, last week. (You can click here to check it out!)

Of course, at the opening event, we spent some time with the phone, but after that, we were on our way to Heliummm, an aerial arts studio where watched amazing displays of athleticism on the trapeze, aerial hoops and aerial silks.

From there, we went to The Breslin, a restaurant inside of The Ace Hotel in Midtown, where I snapped this amazing shot of the restaurant’s open kitchen…

Later on in the week, we went on an on-foot food tour of Greenwich Village, which included chocolate…

Both Chesca and Christen from @DivasandDorks were on our tour, and it was so lovely to see them both again!

Later, we went to dinner…

…and then, dinner again…

…which had me down in the train station at an ungodly hour wondering why I hadn’t just called a cab instead.

But. The next day… magic happened. Well, sort of.

When you first move to New York, the first thing you are told is to “Avoid Times Square at all costs.” There are too many people, traffic is insane, and the lights are bright enough to make you forget that nightfall has already come and gone. Yet and still, Nokia brought us…

I tried to ask the lovely lady if I could ride her horse, at which point she whipped out her ticket pad… so I ran. Me and ticket pads don’t get along.

After a three-hour tour of Broadway and the local theatres…

…we went to the infamous Junior’s – yes, that Junior’s! – and you know what I was all about.

Definitely made the entire table share this with me just because I wanted a bite. #helloicon #hellocheesecake pic.twitter.com/Jz9DHbnGTp

…I needed to see if that cheesecake was worth them all walking across creation to get it. I politely asked my entire table to take a few bites, so that I wasn’t tempted to eat the entire thing myself… but it was so good. Light, fluffy, flavorful, maybe a tad bit too sweet, but still… it was so delicious.

Lastly, our trip ended with a trip to… 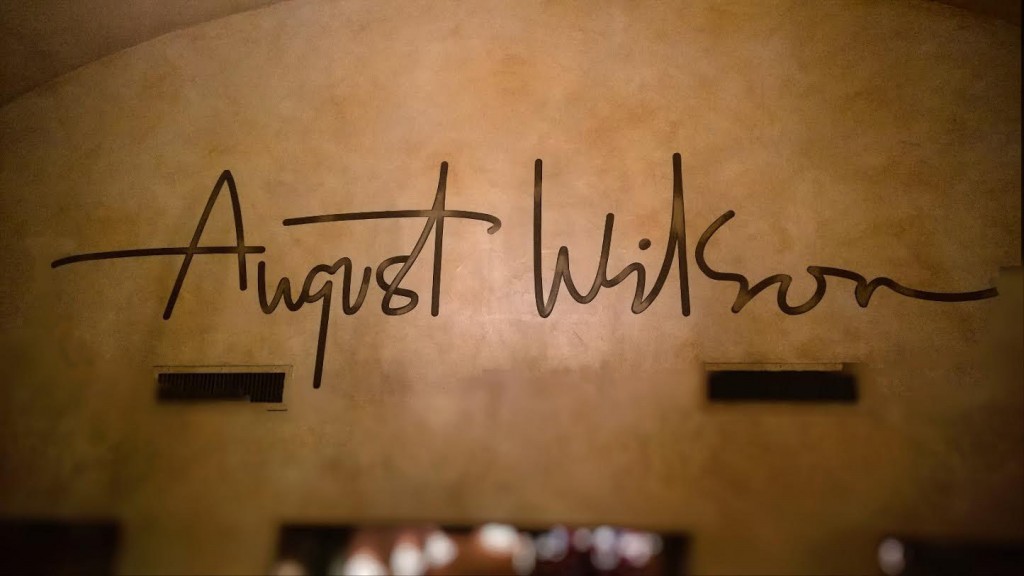 …the August Wilson Theatre, where we enjoyed a viewing of… 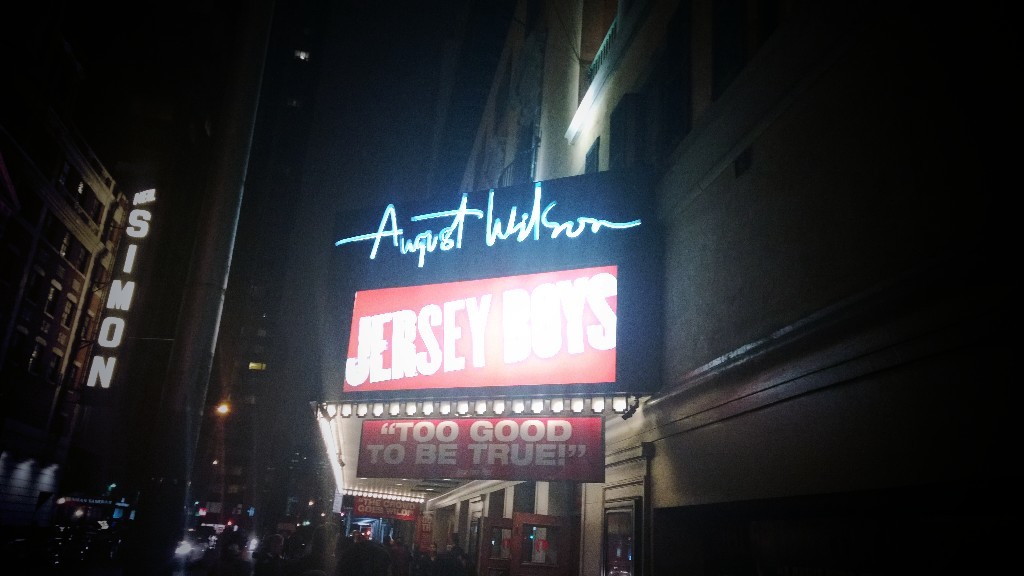 …Jersey Boys! A musical about Frankie Valli and The Four Seasons, which had so many songs that I feel like I’ve grown up hearing my entire life. Songs I didn’t know where Valli’s – Can’t Take My Eyes Off of You, remade by Lauryn Hill; Beggin‘, remade most recently by Madcon (straight up workout music); and My Eyes Adored You – coupled with old standards and old favorites alike (viva “Walk Like A Man,” “Oh, What A Night!,” and “Sherry”) all made for a night full of me annoying the people around me because I could not stop singing along.

As I’d mentioned before, if I weren’t doing – and loving – what I do now, I’d be pursuing my Ph.D. in music history, specifically focusing on 20th century music, theatre and other forms of aural art… so touring Broadway and getting to experience my first Broadway show was kind of an emotional experience for me.

Also, there’s the random opportunity to explore Chelsea, and one of my favorite places in the city, Chelsea Market. (It’s just…much, much too far from Brooklyn for me to get out there much.)

That, above, is Chelsea Market. Gorgeous, right?

Social Media Week was fun and valuable. I’ve realized that I really need to change how I do a few things around here, for the better. More on that later.

The fun thing about this photoset is the fact that all of these photos were taken with the Nokia camera! Which, as an admitted Canon DSLR lover, I had to admit the Nokia fared pretty well against it, which is pretty impressive for a smartphone. But, as the world gets more and more social, and more of us are interested in sharing shots of our lives with our loved ones and followers, having that kind of camera on hand becomes important. So…let’s just say I’ve upgraded. Happily.

You can check out the Lumia Icon here, here and here.

After everything was said and done, I’m kind of feeling like I might need to go back to Broadway to catch a show in the near future! Have you been? What would you recommend?

Video Vault: What Happens When Everyday Women are Put on the Photoshop Diet?

Get Life: Building the Healthiest Smoothie Ever