Home Exercise 101Running Exercise and Evolution: Is Your Exercise Routine Making You Smarter?

Exercise and Evolution: Is Your Exercise Routine Making You Smarter?

I have the world’s illest backlog of articles to share with y’all. Still trying to work my way back through, and whew. I’m gonna pummel y’all. 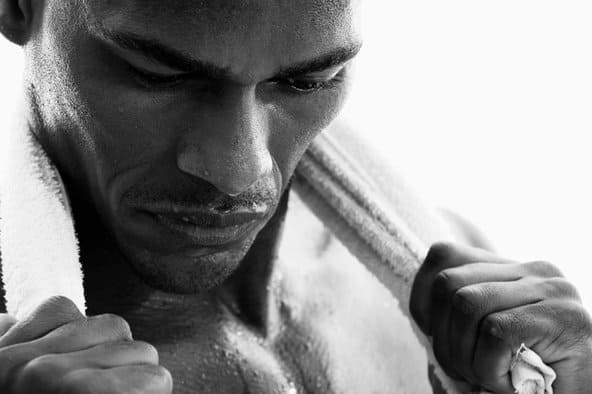 But simultaneously, in a development that until recently many scientists viewed as unrelated, humans were becoming smarter. Their brains were increasing rapidly in size.

Today, humans have a brain that is about three times the size that would be expected, anthropologists say, given our species’ body size in comparison with that of other mammals.

To explain those outsized brains, evolutionary scientists have pointed to such occurrences as meat eating and, perhaps most determinatively, our early ancestors’ need for social interaction. Early humans had to plan and execute hunts as a group, which required complicated thinking patterns and, it’s been thought, rewarded the social and brainy with evolutionary success. According to that hypothesis, the evolution of the brain was driven by the need to think.

But now some scientists are suggesting that physical activity also played a critical role in making our brains larger.

To reach that conclusion, anthropologists began by looking at existing data about brain size and endurance capacity in a variety of mammals, including dogs, guinea pigs, foxes, mice, wolves, rats, civet cats, antelope, mongooses, goats, sheep and elands. They found a notable pattern. Species like dogs and rats that had a high innate endurance capacity, which presumably had evolved over millenniums, also had large brain volumes relative to their body size.

The researchers also looked at recent experiments in which mice and rats were systematically bred to be marathon runners. Lab animals that willingly put in the most miles on running wheels were interbred, resulting in the creation of a line of lab animals that excelled at running.

Interestingly, after multiple generations, these animals began to develop innately high levels of substances that promote tissue growth and health, including a protein called brain-derived neurotrophic factor, or BDNF. These substances are important for endurance performance. They also are known to drive brain growth.

What all of this means, says David A. Raichlen, an anthropologist at the University of Arizona and an author of a new article about the evolution of human brains appearing in the January issue of Proceedings of the Royal Society B, is that physical activity may have helped to make early humans smarter.

“We think that what happened” in our early hunter-gatherer ancestors, he says, is that the more athletic and active survived and, as with the lab mice, passed along physiological characteristics that improved their endurance, including elevated levels of BDNF. Eventually, these early athletes had enough BDNF coursing through their bodies that some could migrate from the muscles to the brain, where it nudged the growth of brain tissue.

Those particular early humans then applied their growing ability to think and reason toward better tracking prey, becoming the best-fed and most successful from an evolutionary standpoint. Being in motion made them smarter, and being smarter now allowed them to move more efficiently.

And out of all of this came, eventually, an ability to understand higher math and invent iPads. But that was some time later. [source]

There are a few things that struck me as interesting about this.

First, the idea that humans were actually built for and adapted to the idea of endurance (long distance) running, is at odds with the principal of “primal living” that so many support. Since I generally consider Mark Sisson to be the go-to when it comes to matters like this, I hand-picked a post of his that feels relevant.

In regards to that, I say – choose what’s best for you. I’m not an endurance runner right now, primarily because I can’t commit to the training. But if I could, I’d go Flo-Jo on you. Nails and all.

Well, maybe not the hair. But close.

To explain those outsized brains, evolutionary scientists have pointed to such occurrences as meat eating and, perhaps most determinatively, our early ancestors’ need for social interaction. Early humans had to plan and execute hunts as a group, which required complicated thinking patterns and, it’s been thought, rewarded the social and brainy with evolutionary success. According to that hypothesis, the evolution of the brain was driven by the need to think.

“Meat eating?” What, as a predominant source of protein and fat available at that time? Interesting.

I also think there’s a nice takeaway from the “brainy and social” being rewarded. It works in networking, it works in the evolution of our bloodlines, too.

As a parent, there’s an interesting nature-and-nurture thing that goes hand in hand with this. When the article talks about the offspring of the lab animals being more physically fit runners, I think about us and how our efforts towards fitness affect our children. They’ve already been born, so there might not be genetic benefits, but they do get to witness us prioritizing our fitness and being active, and that should pass something off, right? Also, for someone like me who’s aiming to have another child soon, does this mean that I may genetically pass on healthier habits to them, or their kids, and onward?

Paula Deen’s Even More of a Scumbag Than I Thought

This is so interesting. I just finished Jason Seib’s book, “The Paleo Coach,” in which he stated that humans were NOT built for endurance training (long-distance running) and anything longer than a 2-minute sprint was stressful to the body and should be avoided at all costs. He talks about people who run for miles and miles on end and insists that they are doing nothing more than putting unnecessary strain on their bodies. He recommends sprinting the straights and walking the curves on a track, or doing HIIT training on an exercise bike or rowing machine. I tried his method this morning. I did 6 minutes of HIIT cardio and lifted heavy weights for several reps. When I was done, I felt empty, like something was missing from my workout.

“He talks about people who run for miles and miles on end and insists that they are doing nothing more than putting unnecessary strain on their bodies.”

LOL This is sort of a weird argument because that’s the purpose of exercise – to put a kind of consistent strain on the body so that the body can build the necessary strength and physique to adapt to handling the particular exercise. If it’s endurance training, then the body naturally adapts. LOLOL

“He recommends sprinting the straights and walking the curves on a track,”

This is ALSO really weird, because it essentially discourages developing agility around your ankle joints. I mean, jogging around a curve is essentially what, maybe a lateral or transverse movement, depending on the track? It’s kind of a cornerstone of fitness to be able to do that with your legs and not injure yourself or tip over. To discourage it, for whatever reasons is… I don’t know…weird. I’d have to check that out myself to see exactly where that’s going, but on its face it sounds weird.

Honestly I just ignore advice from anything with “paleo” in it, for the most part.

There’s a lot of good work out there talking about how terrible paleo trends are for you (and your pet, but that’s another story) and I’m eager to see this ‘trend’ die its death. Why on earth wouldn’t you want to develop balance, endurance, coordination? I mean, why, with out lung capacity, forward facing eyes, long legs, short toes, and inner ears would someone really think our bodies haven’t evolved for running and agility?

I’m def. with you on this, Erika, and side eyeing this “don’t run for more than two minutes” deal.