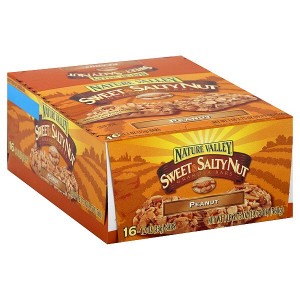 High maltose corn syrup is simply another word for maltodextrin. It’s funny, because this came up in the post from this past weekend regarding the ingredients in the Doritos. To quote that post:

Maltodextrin – “A caloric sweetener and flavor enhancer made from rice, potatoes or, more commonly, cornstarch. Through treatment with enzymes and acids, it can be converted into a fiber and thickening agent. Like other sugars, maltodextrin has the potential to raise blood glucose and insulin levels.”

Excerpted from Weekend WTF: News Flash – Doritos Are Good For You!!! | A Black Girl’s Guide To Weight Loss

I decided to do a little more digging, though, because high maltose corn syrup hasn’t been as thoroughly eviscerated as its seemingly similar-yet-much-more-evil sibling, high fructose corn syrup. Perhaps having as much information in one place as possible will help someone else.

…it’s a very, very similar “cousin” to high fructose corn syrup. Unfortunately, there is zero scientific research on this lab-altered sweetener, which means we don’t really know what the risks are. Still, we can deduct[sic] a few things about it, since experts say it’s very similar to HFCS:a.) It’s sweet, really sweet (just like HFCS), so more caloric. Beware dieters.

b.) Again, while there is no solid research, some experts believe it may have the same health risks associated with HFCS. (This makes me think that food makers are so sneaky swapping HFCS for a very similar ingredient with a slightly different name!)

The bottom line: Until we know more, my advice is to treat high maltose the way you’d treat high fructose. [source]

There are lots of different sugars out there, and maltose is but one of them. For example, lactose is a common sugar found in dairy products that is a disaccharide (or two sugars joined together) of glucose and galactose. (People have lactose intolerance when their body is missing or doesn’t have enough of the enzyme lactase to process the sugar.) Fructose is a sugar that is found in fruit and honey. Maltose is another commonly found sugar. It’s a disaccharide that is composed of two glucose molecules. It also goes by the name “malt sugar” and is the primary sugar in beer. Maltose isn’t as sweet as fructose. Fortunately, our bodies have an enzyme (maltase) that easily breaks down maltose into two glucose molecules, and glucose is easy for our bodies to process.

Is high maltose corn syrup as bad as high fructose corn syrup? From a pure research standpoint, there have been no definitive studies yet, but common sense says yes. High-maltose corn syrup is most commonly used in ice cream, candy, beer, and bread… all notorious belt-stretchers. If you’re looking to cut calories, corn syrups are always a good place to start, because they have no real nutritional value.  [source]

I’m pretty sure that I’ve made my thoughts on high fructose corn syrup clear enough for everyone, but just in case…

Do you need to explain to someone that High Fructose Corn Syrup fiddles with leptin, a hormone in the human body that aids in regulating the appetite, in a way that prevents you from being able to control your hunger? Do you need to be able to explain to someone that HFCS screws with your body’s ability to process insulin? (Just in case you’re wondering, that works like this: since HFCS is metabolized as fat quicker than regular sugar once it hits your liver, this process triggers something called non-alcoholic fatty liver disease. This process leads to insulin resistance and type II diabetes.) It isn’t enough that you know something makes you uncomfortable and you don’t want to partake in it. You have to be a doctor now to speak ill of it?Well, let me tell y’all somethin’ – I’m no doctor, and I’ll still be damned if someone tells me that my own bad feelings aren’t enough to justify not wanting a chemistry experiment nourishing my body I was given. Period. You might get the mental judo chop for that one.

Let’s also talk about this moderation thing, here. Of course, HFCS is safe in moderation. At the same time, so are Doritos. The difference between the two is, well… do you know how many foods you eat each day contain HFCS? Let me put it to you like this: Soda? High Fructose Corn Syrup. “Processed Cheese Food?” HFCS. Jam, jelly, ketchup, BBQ sauce, “fruit juices,” Wonder bread (most breads, actually), eggos, pop tarts, cough syrup, and mayo? High Fructose Corn Syrup.Yes. Apparently, you have a better chance of escaping Doritos than you do HFCS.

I think I’ve named at least ONE thing that we all eat throughout the day. If not, then think about this: I’m sure you’ve had a McDonalds menu meal, right? The same corn that makes your HFCS feeds the cows that turn into your burgers, becomes the oil that cooks the fries and the syrup that sweetens the shakes and the sodas, and makes up 13 of the 38 ingredients in the Chicken McNuggets.  Now, think about “moderation.” How can you effectively moderate something that is everywhere and in everything? You can’t… and they know it. Your ability to gauge what “moderate use” is becomes swayed by the fact that it’s been in everything you ate that day. For those of you who use these foods regular and often, “HFCS in moderation” is pretty much… a joke.

Listen…. listen. Here’s what I gather from today.

If malt sugar is the sugar from beer…

And because sugar is, well, sugar…

You know how you see men with beer/liquor bellies? You know how we always see college freshmen who’ve clearly gone a little hard on the bottle with the “buddha bellies?” What is alcohol, but fermented sugar with no fiber to temper our intake? An abundance of sugar translates to excess belly fat. (Let’s not even get on what an abundance of high fructose corn syrup translates into within the body. Just… let’s not.)
Excerpted from Q&A Wednesday: My Belly Won’t Shrink! | A Black Girl’s Guide To Weight Loss

I mean, c’mon. Let’s just get this out of the way, now. There is no “safe form of sugar.” Sugar will always do what sugar has always done within the body and to the system. I’d rather just say screw it and deal with granulated sugar before I’d ingest this stuff. If you can avoid it, do yourself the favor and turn in the opposite direction… and run as far away as you can!

An Open Letter To The Black Blogosphere

I used snack on Nature Valley Trail Mix whenever I went into the city… now I just pass it by for this (and other reasons). Interestingly, I got it in the health food store without reading the label at first. When I DID read the label… the stupid thing has about 6 different types of sweeteners (including this one) in this one little bar! What on earth?!

So much for it being a ‘health’ snack. 🙁

By the way, I grew up seeing my mom use granulated sugar for killing flies. They ate it, and never got back up… maybe dead, maybe drunk… who knows? We’d swat them once they start stumbling around anyway. 🙂

There’s a little island trivia for you. 😀

That’s right, I’ve done the same thing. but for my case, it flies back up and flying, how do it I do not know. may be sugar contains certain substances which are very disturbing flies

Great post! I used to LOVE these way back when. I get disgusted when I look at the back of everyday food labels and see HFCS. Don’t get me wrong, I still eat sugar, but I *definitely* avoid the HFCS at all costs and granulated sugar as much as possible.

Thank you once again for showing me something that I probably would have never questioned, I am thankful for your site. I am really just learning more and more about the foods we eat everyday. I am learning and changing my thought process and challenging myself to do better everyday!
Thanks

Trying to avoid HFCS and eat healthy bought a box of Fiber One and vola, it has maltose corn syrup. Shame on their deceptive advertising.

long time creeper, first time commenter, about 2 months into clean eating, LOVE THIS BLOG it has helped me SO MUCH!! was actually the reason i started clean eating. anyways… my “all fruit” jelly has maltodextrin in it, but in parentheses after maltodextrin, it says “dietary fiber” so i thought it was ok to have it until i read this article. off to make my own jelly now, see ya.

I learned something new today so I will not be messing with anymore nature valley bar or any granola bars. I am really focusing on clean eating. I cooked today and been using raw sugar or maple syrup.