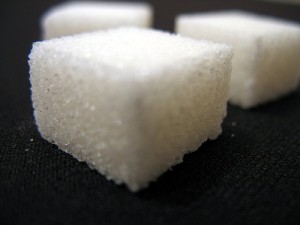 I’ve been shouting from the rooftops that sugar is an addictive substance – especially when it’s a chemical in a recipe that a company invested billions into making sure it is as addictive as possible (betcha can’t eat just one, anyone?) – and recently, another study came out to shout along with me.

Seeing a milkshake can activate the same areas of the brain that light up when an addict sees cocaine, U.S. researchers said on Monday.

The study helps explain why it can be so hard for some people to maintain a healthy weight, and why it has been so difficult for drugmakers and health experts to find obesity treatments that work.

“If certain foods are addictive, this may partially explain the difficulty people experience in achieving sustainable weight loss,” Ashley Gearhardt of Yale University in Connecticut and colleagues wrote in the Archives of General Psychiatry.

Gearhardt’s team wanted to see what happens in the brain when young women are tempted by a tasty treat.

They used a type of brain imaging known as functional magnetic resonance imaging, or fMRI, to study brain activity in 48 young women who were offered a chocolate milkshake or a tasteless solution. Women in the study ranged from lean to obese.

The team found that seeing the milkshake triggered brain activity in the anterior cingulate cortex and the medial orbitofrontal cortex — brain areas that have been implicated in an addict’s urge to use drugs.

And this activity was higher among women in the study who had high scores on a scale that assessed their eating habits for signs of addictive behavior.

“These findings support the theory that compulsive food consumption may be driven in part by an enhanced anticipation of the rewarding properties of food,” Gearhardt and colleagues wrote.

People who are addicted to a substance are more likely to react with physical, psychological and behavioral changes when exposed to that substance. Altering visual “cues” — billboards of tempting treats, for example — might help curb the urge to indulge, they said.

“Ubiquitous food advertising and the availability of inexpensive palatable foods may make it extremely difficult to adhere to healthier food choices because the omnipresent food cues trigger the reward system,” they wrote.

The study suggests that advertising might also play a role in the nation’s obesity problem, and future studies should look at whether food ads trigger this same kind of brain activity.

Obesity is one of the biggest health challenges facing the United States, and health officials already added a requirement to President Barack Obama’s new healthcare law requiring that restaurants add calorie counts to their menus.

Y’all know I’m a big proponent of laying off the sugar, so this only makes me happier that this has been proven. Perhaps if more people realize that this is an addiction and not just “cravings,” it’ll be taken more seriously and ridding ourselves of the addiction will be taken as seriously as something like alcoholism. What do you think?

I don’t have a problem with sugar itself, but when it’s coupled with chemicals, who knows what’s in that stuff.

But that wouldn’t have worked with me, I hate milkshakes and ice cream.

This would be the biggest culprit for me. Even if I lay off the candy and the sweets for a while the sugar craving come back with a vengeance. Lately, I ‘ve switched to buying even more fruits and raisins to combat my addiction. So far Sugar – 10 Me – 5 up from Sugar 10 – Me – 2

This is a fact. I know that I am addicted to sugar. I can happily eat cake or ice cream instead of a meal. I laugh about it with friends and co-workers and they always call me when ever there’s snack around but I’m thinking I may have a real problem…

But what’s killing me is sugar. I have been transitioning to natural sweets (honey and fruits), but when I try to get rid of the more than occasional ice cream/cake/chocolate, I feel terrible! Aggravates my migraines, irritability, inability to focus, and maybe slight memory loss/confusion. Could be withdrawal symptoms? Or are they something to be worried about? I’ve had blood tests telling me that my sugar is normal, not low not high.

Just want your opinion on this. Thanks for this blog!

I used to have the same problem and YES my dear it is withdrawal. The first 5 days are horrible while your body is feening for the drug. But trust me, after 5 days of clean eating the symptoms will subside and disappear altogether. I have lost 75 lbs to date and know exactly what you are going through. Hang in there for that period of time which will feel like an eternity while you are going through it but looking back, I’ve been through worse. Good luck.

Thanks so much! I’m glad my first hunch was right. I almost thought my sugar levels were dropping too fast. I’m still trying. Right now I’m half and half. I’ll get there soon.

I sooo believe this because I am a sweet eater!! OMGoodness!! It gets ridiculous at times….wow….

I have known this in my gut forever. I used to eat dinner at my house (choke dinner down) with the knowledge that if I did, I would get desert. Mom, don’t do it!! My mom is the best woman in the world, but that habit has left me as an adult who finds finishing a meal almost impossible without craving something sweet. I resist now, but it’s worse than quitting cigarettes! That craving has left, the sugar craving is strong.

I found the only way to really curb it was to go RAW! It was awful for the first week or two, but then all of a sudden, I was teeming with energy, I was never hungry, I could just eat here and there and always be satisfied. It jump started my weight loss like I have never experienced. There is a lot of great research on the benefits of eating raw. I have since returned to occasional cooked food, and I have to say it is as bad as the sugar slippery slope. I am slipping into more cooked foods, more bread on occasion, more butter. Now I’m not saying a lot, but these items are basically all complex carbohydrates….which almost immediately break down in to disaccharides (SUGAR) and I want more bites when I’m finished with the plate. That does not happen with raw foods. So if you’re struggling out there, try it. It changed my life, and writing this has reminded me, that I need to bust into the cupboard and throw out the naughty things like processed peanut butter and english muffins I’ve been stashing, and return to the veg, sprouted grains, and fruits that were changing my body for good!

I gotta say it, if you feel like a sugar or a carb junkie, you can’t have it in moderation, you will slip. You don’t tell a heroin junkie after a year of being clean that they can have needle for special occasions, it’s gotta be goodbye forever, or the monster comes back!