“Let’s Move” Pairs With The NBA For New Commercial 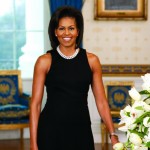 First Lady Michelle Obama teams up with the NBA to create a new commercial touting the benefits of basketball as a fun form of exercise…kinda had me wishing I still played.

Right before the weekend, the NBA uploaded the commercial to YouTube as a pre-cursor to it appearing during the ongoing playoffs. From the press release (the commercial is viewable below):

NEW YORK, April 21, 2011 – The White House and the National Basketball Association (NBA) today announced they are teaming up in the fight against childhood obesity. Through NBA FIT, the NBA, WNBA and NBA Development League will work with Let’s Move! toward a goal of reaching more than 250,000 young people to support the Presidential Active Lifestyle Award Challenge (PALA).The effort will tip off Sunday, April 24 during the NBA Playoffs with the debut of an NBA FIT/Let’s Move! public service announcement featuring the First Lady. The campaign will also include a schedule of more than 350 events in the effort to educate young people on the benefits of an active lifestyle. The PSA encourages young fans to use their love of basketball as the centerpiece for a healthy and active lifestyle and will run across the league’s broadcast partners – ABC, ESPN, and TNT – as well as NBA TV throughout the playoffs. The partnership will also feature a WNBA FIT/Let’s Move! PSA, which will air throughout the 2011 season.

In the PSA, the First Lady encourages young fans to use the game of basketball to get 60 minutes of activity per day and discusses her family’s love of the game: “If you’re anything like our family, then you love to play basketball. It’s an amazing sport. Most importantly, playing basketball for just one hour a day is a great way to feel good and stay strong.”

NBA FIT utilizes its players, who are among the fittest athletes in the world, to share important health and fitness tips in the effort to educate and engage children and families in healthy living practices. NBA stars Chris Paul of the New Orleans Hornets and Grant Hill of the Phoenix Suns are council members for the President’s Council on Fitness, Sports, and Nutrition.

In addition, the NBA has extended its effort into the Hispanic community with the introduction of the éne•bé•a marketing platform in 2009. A number of the 350 events in the coming year will be targeted to local Hispanic communities through éne•bé•a En Forma (NBA FIT), which promotes healthy and active lifestyles to Hispanic youth. [source]

Mrs Obama looks amazing! And her arms are off the chain. I love what’s she is trying to do with the ‘let’s move’ campaign.

Love the health initiative and am excited about adopting many of the suggestions into my lifestyle. Fortunately, my boys are very active….now mom has to get on board and Move! Love it!

Also, Beyonce did a video for the ‘Let’s Move’ Campaign…it’s really fun! There is a video on MTO…here’s the link in case you want to see it.
http://cdn.mediatakeout.com/48182/beyonce_releases_her_new_video____and_it_may_be_her_best_one_ever_you_gotta_see_this.html

For the record, I had it before them, dang it. ROFL

Ok, so call me an ass and let’s move on. AFTER I posted that I stalked through the blog and saw that you had it on here. Unfortunately, since you are Speedy Gonzalez over there, I couldn’t erase it before you commented. Way to make me look bad…lol.

Nope – I’d rather call you my old homie who’s lookin’ out and ask you to do the dance with me. ROFL