Half Of America Slated To Become OBESE By 2030 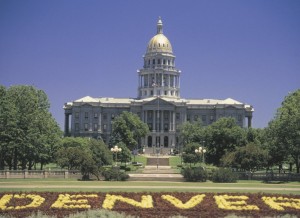 Half of Americans will be obese by 2030 if things continue the way they are now, according to four new papers in the Lancet.

And as a result, there will also be an additional 6.8 million cases of stroke and heart disease, 7.8 million cases of diabetes and 539,000 cases of cancer, which could place an extra $66 billion burden on the nation’s healthcare bill, according to the research.

“At the rate we’re looking at right now, it’s a dire prediction,” study researcher Claire Wang, of the Mailman School of Public Health at Columbia University, told ABC News. “Something has to be done.”

Right now in the United States, about 32 percent of men and 35 percent of women are obese, researchers said. Obesity is defined as having a body mass index (BMI, a measure of height and weight) above 30. A BMI of 25 to 29.9 is considered overweight, while a BMI of 18.5 to 24.9 is considered normal weight.

Researchers pinned a lot of the blame on the food industry, which more and more is producing cheap and processed foods that have led to “passive overconsumption.” Therefore, they said, more measures will be needed to curb the influencing factors that contribute to obesity.

Obesity rates in the U.K. are also expected to balloon, with 41 to 48 percent of men and 35 to 43 percent of women expected to be obese by 2030, compared with 26 percent of the population who is obese today.

Previous studies have made similar forecasts: A 2007 British study predicted half the U.K. population would be obese by 2032.

Earlier this summer, a report came out detailing the most and least obese states in the United States. The fittest is Colorado, with an obesity rate of barely less than 20 percent, while Mississippi is the fattest state, as more than 30 percent of its residents are obese.

I take issue with the wording in the first paragraph. I don’t know why I keep seeing “as a result [of obesity], there will also be an additional 6.8 million cases of stroke and heart disease, 7.8 million cases of diabetes and 539,000 cases of cancer, which could place an extra $66 billion burden on the country.”Why do I take issue with it? Because it implies that the diseases are a result of being obese, when they are not. It makes it sound like those diseases are only present IN those who are obese, which is not true. Weight gain is a symptom of the larger issue, just like high blood pressure, diabetes and everything else. It isn’t the source of the problem, and I would love it if westoppd trying to tacitly blame “fat people” for the ills in this country. It’s one thing to tell people to be their fittest and if they lose weight, okay… because a “not skinny” body can still be a fit body, but c’mon. Saying “LOOK AT ALL THESE DISEASES AS A RESULT OF THEIR OBESITY” is blaming them for something that, by and large is a the result of something much bigger and, apparently, more widespread.

I also appreciate that the researchers mentioned th culpability of the food industry:

Yet governments’ reactions so far are wholly inadequate and rely heavily on self-regulation by the food and beverage industry, and the so-called nudge approach. After all, they argue, it is up to the individual to make the right choices. Unlike tobacco, food and drink need to be consumed and the state’s interference could be perceived as too intrusive. The UK Government, in particular, has made it clear that only voluntary agreements with food and beverage companies are on the agenda, and many of the public health committees are made up of large numbers of these very industry representatives. So do these voluntary agreements work? All indications so far are that they do not. [source]

So would this be what starts to introduce our inadequate food policy to the conversation about weight? Probably not, but a girl can hope, right?

Frankly Diabetes is more about bad diet than obesity, though both do tend to go hand in hand. The worse the diet, the more prevalent the diseases like Diabetes.

I agree with Eva, because their is a common factor between diet,weight and some of the illness that affected us today, Dr. Roe discusses this in her book as she describes how poor diet and weight sent her family and Friends to an early grave. So please do not take this lightly this is very serious and it also affects our young. In the bible belt their is a increase in strokes because of fried fish. We have to educated ourselves and we can prevent a great deal of diseases just with a change of lifestyle and diet.

I decided to google some health info about Tonga, since its’ citizens are disproportionately obese. You know, since according to the media, we’ll be just very similar to them by 2030. Found some interesting information:

Tonga is free of malaria and most tropical diseases, but tuberculosis, filariasis, typhoid fever, dysentery, and various eye and skin diseases remain common health problems. Nevertheless, in comparison with many other Pacific islands, Tonga is a healthy country.

I can’t find anything that references Tongan citizens and rising rates of high blood pressure, stroke, heart disease, or cancer. There is an increase in diabetes, though. According to an article:

“There is a high prevalence of diabetes in Tonga due to the rapid change from the traditional agricultural lifestyle to a sedentary lifestyle with a steady supply of Western food,” he said.

What’s this? No scapegoating of obesity? Reference to Western diet and lack of exercise? Glory be.

I’ve come to expect that you’d be on top of these things, as of late. 🙂

Ha! You got me pegged, Erika.

I saw this over the weekend and it is very shocking! I totally support the movement towards living a healthier lifestyle. Thank you for sharing this it is important that people are aware of what is happening in our country.