Serena Williams Covers New York Magazine and Slays Us All

I am officially typing from the afterlife. 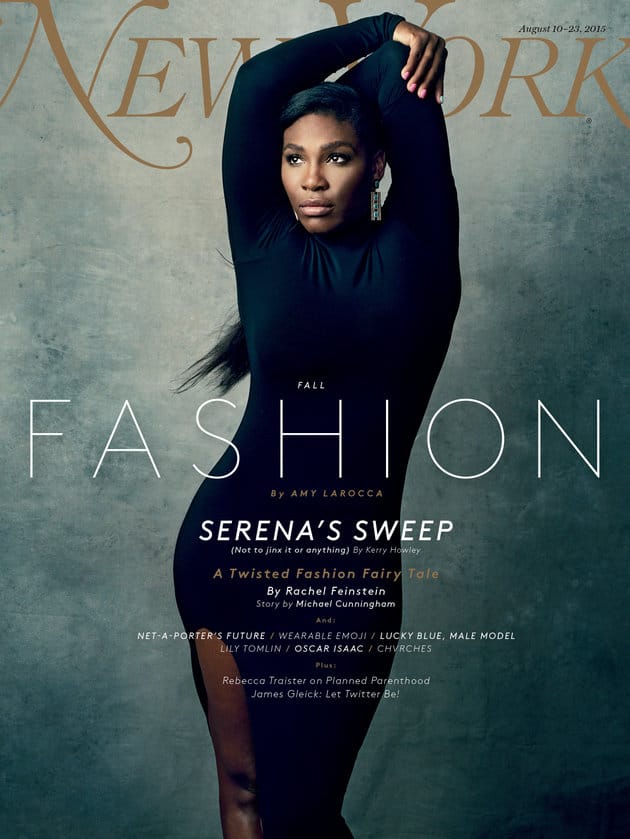 Here lies Erika. May she rest in pieces after having been slain so thoroughly.

In a cover story for NY Mag, we get the following tidbits:

Serena is the daughter of one Richard Williams, the perfect embodiment of his perfectly executed, perfectly bonkers plan. You may have heard that Richard was watching TV when he saw a Romanian player win $40,000, at which point he decided to learn a game he knew nothing about, teach this “sissy sport” to his athletic wife, Oracene, and conceive two children whom the Williamses would together turn into champions. You may have heard about the used tennis balls he cadged from country clubs, the 78-page typewritten document in which he detailed his training regime, the broken glass on the Compton courts. But the story is a good deal crazier than you’ve heard, because the facts don’t conform to the tennis-as-ticket-out-of-the-ghetto song-and-dance the networks used to play before a match. Richard Williams was not a poor black man living in the hood. He was the comfortable — very comfortable, according to his autobiography — owner of a security company who lived in Long Beach with his wife and five daughters. He moved his family to Compton, where Venus and Serena served to the sound of gunfire and his stepdaughter was later shot to death, because he thought it would “make them tough, give them a fighter’s mentality.” Oracene Price was against this plan then; one can only imagine what she thinks of it now. 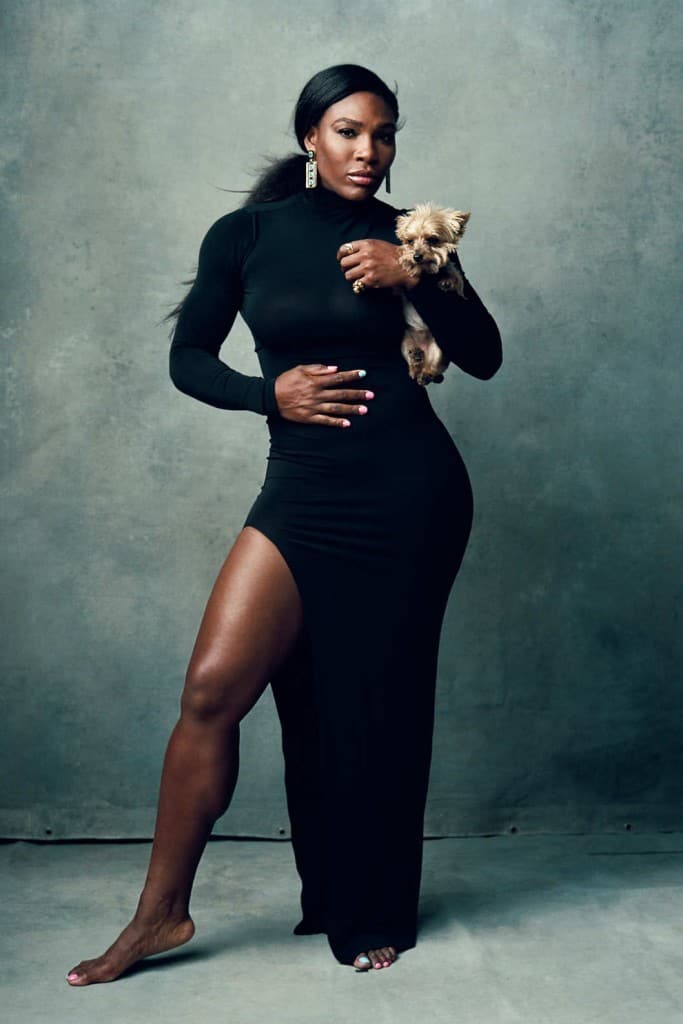 Entire childhoods were devoted to slapping serves over the net and running the court in the California heat, the mundane and lactic-acid-inducing specifics of a 78-page training regime. “If you fail to plan, you plan to fail” is an incantation Richard imposed on his daughters, who were made to keep journals about their goals and how best to achieve them.

Inevitably, the sisters’ on-court style was described as “confrontational.” One sensed in early accounts of the Williams sisters’ dominance, and senses even now, a certain tightening of the available vocabulary in describing a muscular black woman on the court. Doubles-sideline-to-doubles-sideline-in-three-strides is an act of avian grace, and yet Serena is perpetually “crushing” and “slamming” and “rolling over,” as if the entire sports commentariat picked up English at a construction site. It’s instructive here to spend a few minutes googling “Roger Federer,” two words that inspire sportswriters to pseudo-spiritual cant: Federer crushes and slams but also “lifts” and “lobs” and “taps,” his stroke “liquid,” his forehand a humanity-saving treatise on the seraphic potential of the fallen human form, his feminine delicacy evidence that he exists on a higher spiritual plane. When Serena and Venus are called “masculine,” when they are accused of having been born male, when the head of the Russian Tennis Federation calls them “the Williams brothers,” it is not meant as a compliment. This impulse may also explain why Serena Williams, who has prevailed over Maria Sharapova 18 times and fallen to her only twice, makes less in endorsements than her blonde Russian counterpart, and why last month political pundit David Frum, whom no one has ever accused of being excessively masculine, publicly speculated that Serena was on steroids, whereas Venus had stopped juicing in order to get pregnant.

Oh, look – this sounds familiar, too.

One can only speculate about whether the Williamses would have been better received had they been more willing to conform, to pretend to care about tennis tradition, to hop on Nick ­Bollettieri’s tennis-star assembly line. They never nailed the rehearsed humility, never mastered the stone-faced just-want-to-do-my-best-so-grateful-for-the-opportunity-thanks-to-all-my-amazing-fans act calibrated to negate the possibility of an athlete’s interiority. Serena answers most questions with mischievous half-statements, eyebrows raised over a good-natured ironic side-eye. On her eventual retirement: “I will finally be able to make some Miami Dolphin games,” she says, laughing, “and make some, uh, better decisions down there with the players.” On the way she has changed the game: “My dad taught us to have early preparation. I notice the other girls have similar preparations to mine, and I’m like, ‘Hmmm … well, you don’t want to admit where you got that from, right?’ ”

Listen. I love her, and all of her perfect imperfections. 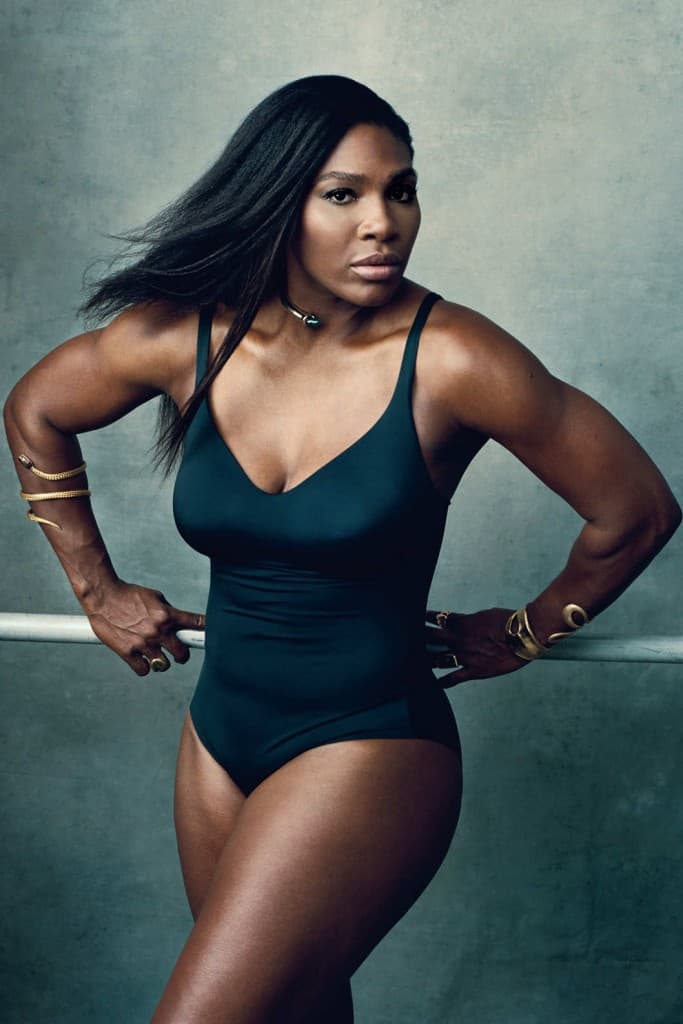 No country for Home Shopping Network, though.

These were my favorite parts of the cover story. What were yours?

Serena just slaying LIVES. She is intelligent, her athleticism is phenomenal and a cool ass chick. She is more than the sum of her body but damn if she don’t slayyyyyyyyyyy!!!