Janet Jackson is still slimming down. 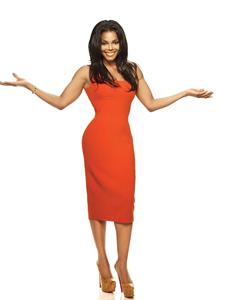 The singer is unveiling new Nutrisystem ads – the TV spot debuts on Monday and print ads at the end of April – to showcase her weight-loss success.

The 5-foot-4 yo-yo dieter doesn’t want to talk about the number on the scales — although in December the company said she had lost 10 pounds in a little more than a month.

“I’m not viewing this as a diet,” she told USA TODAY’s Nanci Hellmich at the time. “I’m not putting a number on it. I don’t look at the scale. I’m going about it in a different way this time.” She doesn’t need to lose “a great amount,” she said, adding that she would stop “when I feel good about it.”

I knew this was gonna happen.

If Janet – yes, she of chef, nutritionist, personal trainer and personal dude-who-delivers-her-milkshakes-and-vitamins – is really, truly and legitimately eating this stuff:

…then I will eat a Hershey bar. That’s how much I’m willing to bet on this. Like I said before:

Just…. that’s just something to think about when you see those commercials for Mariah/Janet/Jessica Simpson hawking their prospective products. Not that Janet’s body is unattainable – it is – but that it’s hard freaking work, so hard that she’s employed a staff to help her accomplish it. If you think she got it by eating Nutrisystem – because, let’s face it, the idea is that you’ll think back to “in-season” Janet, not just Janet-in-the-commercials– then you’ll be sorely mistaken.

Ending Emotional Eating, and the Transformative Art of Self-Care: What is a Coping Mechanism?

I thought she looked fine before. She’s always had dismorphia(sp)issues. I hope nutri system comes with a therapist.

Doesn’t she always have weight to lose? By this I mean, any time she’s not doing her music, she has gone off of her ‘diet’ and gained 60 pounds and stopped going to the gym. I’m sorry, but she’s a terrible example for women. Yo-yo dieting for the last 20+ years.

I couldn’t agree with you more Tami! I don’t look to a yo-yo dieter as a positive example. I DO love her body and her ability to be committed to getting the look she wants. I do NOT want to imitate her yo-yo lifestyle though.

If you truly believe she’s eating that mess, I’ll do you one better than a candy bar, I’ll eat it as well! YUCK

Janet looks great?
But looking at that food kinda scares me. Hopefully she will not yo-yo again.

I’m beginning to feel like NutriSystem, Weight Watchers and LA Weight loss have run out of their “target” market and have “bought” some folks (Janet and Jennifer) to guide us into the light as they attempt to develop a new market. When they ask “Marketta” and “Yvonne” who are barely making ends meet let alone having a team to manage and a company to pay me, I’ll “bite.”

I couldn’t agree more Evette! I applaud anyone for being able to lose weight however they see fit, but for me, an everyday single mom, it’s hard. Money is tight and I am pinching every penny. Not only do I think she is not eating it, and not only does she have personal fitness people, but they are more than likely paying her to advertise for them. Pay me… I’ll even eat the stuff! 🙂

What disturbs me most is that for many it doesn’t get to the why of overeating. the emotional baggage or the fact that so many of us wouldn’t know good nutrition if it bit us in the butt.

Nutrisystem for real Janet!!! Janet was on a recent episode of Anderson Cooper with her Personal Chef. Need I say more!!! The operative word is Personal Chef. So, is this chef of hers cooking from those packages? Janet has been very deceptive in the past about her weight loss methods. I find it heard to believe that anyone being so generously compensated is working with the truth. Janet is no stranger to severe crash dieting and lipo suction.

A couple of years ago, didnt jessica simpson do an ad to endorse some pizza that has cheese on it and then we later on learn that she is allergic to cheese?…i remember reading it somewhere.. a long time ago

I admire Janet Jackson but I wish she would not endorse a product that is mostly processed. Even it looks like weight has been a struggle for her I think she might be suffering from binge eating. I could be wrong. Alot of people suffered from that including me. My weight often fluctauated between 128 to 160 pounds. I did get the help that I needed to stop and working on losing these 32 pounds. I lost 4 pounds this month. I am also working on myself. Hopefully she would find a program to fix her relationship with food . My weight use to fluctuate. I do not understand why celebs dont discuss the hard work through cutting calories with fresh wholesome food and hiring a personal trainer and their chef.

Make sure that when you are consuming food, never to watch an emotional television show or movie. If you are watching a soap opera or dramatic movie, there is a good chance that you are going to express emotion, which will cause you to drop your inhibitions, leading to eating more. There is no amount of NutriSystem or Weight Watchers products that will help against this.

After reading her book, I’m glad to know that I am not the only who dealt with an eating disorder since I was a little girl. As of now, I have a feeling that Janet is not fully recovered but that’s something that I dont believe in anyway. Overall, she will be always in the limelight for the rest of her life and wanting to look her best at all times. I can’t blame her!

seeing a yo-yo dieter no matter who they are keeping the weight off with their success plan is a testimony in itself. Didnt Jessica just had a baby with plans to lose the weight and Janet maintaining her weight after taking a stand to maintain since starting Nutrisystem. If i had to look for weight lose examples, it will be someone maintaining their desire weight; Marie, Janet, Jessica even Jennifer.