I am so, so…soo soo soo soooooo so so excited about this documentary.

Byron Hurt decided to tackle the topic of Soul Food and it’s effect on the Black community, and he did it with a documentary titled “Soul Food Junkies.”

One of you knows him. Tell him I want to hug him in ways that might concern my fiancé. Seriously.

I said this before – and had my laptop not exploded I would’ve said it for 29 days during February – that the adulteration and industrialization of our food played a far greater role in African-American health than anyone and anything else… but no one wanted to hear all that. I’m interested to see how they tie it into everything else, because that same industrialization altered the way we perceive taste, and that’s just as problematic as the ingredients in the convenience products we’ve grown accustomed to nowadays. 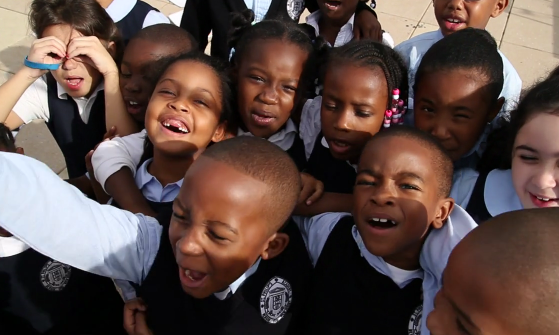 And the little children shouting, “Vegetables are soul food!” totally just made my entire spring. Seriously.

You can follow the progress – and eventual airing – of Soul Food Junkies by “liking” it’s Facebook page, and many thank-yous to Nicole for sending this in to me. I’m sad I didn’t get to support the fundraising efforts.

Seeing this documentary just makes me sad for all the research I did for February…gone. I still have my books and my recipes, and the knowledge in my head, but there was so much work… just gone. Not even Best Buy could reclaim it all. And even if I could, what would I do? It’d have to be “Black History Year” on BGG2WL or something… because Black History Month is long gone.

Actually… that’s not a half-bad idea.

Q&A Wednesday: Did You Know That Healthy Is The New Black?

Finally! I’ve been waiting to for this documentary to come out since Hunt did the Kickstarter last year.

Thank you Erika. I will be looking out for this. And I agree with you and that gentleman about the industrial food complex.

Um if you like I’ll hug him for you….LOL he was a cutie…:O) I mean I don’t want you to get in trouble with your fiance.

Yeah, hug him for me.

I’m all over this! I can’t wait to see it. I’m also going to go back and check out some of Byron’s other documentaries.

This has definitely peaked my interest and at an amazing point in my life. I recently decided I want to pursue food science (as a lover of food and science, I don’t know how I didn’t stumble across this earlier on in my life). I was a pre-med’er in college and kind of lost interest in the field to do the bureaucracy in the field among several other factors that are too much to go into detail here. And Erika, I think I should thank you in part because you’ve opened my eyes to this food revolution that’s going on as well as my own journey towards a healthier lifestyle. Now, as far as your research goes, I would love to help if you’re looking for an intern of sorts. I’m still trying to fine tune my goals of what I want to do with food science and I think a little research would do me some justice as well help you regain what you lost in February. P.S. This is my first time commenting and I always wanted to say that I’m amazed by your critical thinking and questioning Erika. It pushes me to *side-eye* things a lot more and for that I should say thank you as well. 🙂

This is so great. There are so many healthy ways to prepare soul food. I’m really into vegan soul and my family loves it!