Since the poop burger was, apparently, some kind of elaborate hoax – and thank goodness, though considering what I know about meat production out here, I wouldn’t be surprised – I feel obligated to provide a second belated Weekend WTF?! for your enjoyment.

This isn’t even an “outraged” WTF?!…. it’s just a “sit there, laugh, pull out your receipt and shake your head” kind of WTF?!, here.

I was particularly interested in what Whole Foods’ response would be to this because, as the following mentions, they’re pretty strict about photography and camera work on their property. Apparently, they were pretty cool about it: 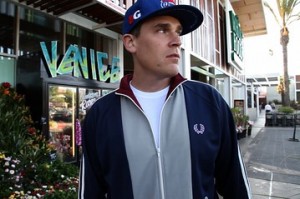 Using just a Canon 5D and a group of talented friends, they shot without permission at various locations. “Whole Foods has a strict policy about not shooting, and they asked us very politely to leave… but we shot enough at three different locations on no budget.”

The stores may not have wanted them to shoot, from the corporate point of view, it’s all good. Sirr Less, the global VP of Communications at Whole Foods – whose name instantly makes one think of Sir Mix a Lot, being on this tangent — had this to say: “Creativity like this always resonates with our company, and we take it as a big compliment…” While he’s happy that they’re happy, Wittman is adamant this was not some sort of infomercial. “It was not something I did to promote Whole Foods or promote Kombucha; we just did it to have fun.” And Whole Foods is thrilled; the attitude of the grocery store chain is a healthy one (excuse the pun) when it comes to Fog and Smog’s parody of the healthful living they have turned into big business. “Nobody makes more fun of us than we do of ourselves, but we’re always happy to see someone do it in a novel way. While we’re serious about good food, healthy living and selling groceries, we also believe that laughter is the sweetest thing — and these guys get that!” Less said.

In some moments this past week, Wittman’s been a bit turned off as people have approached the group to create the same sort of thing for their brands, but that was never the intention of doing the video. “The point of it was being honest and funny. I’m a grown man, I have a day job. I’m not gonna sit here and say I don’t need to work for a living, because I do, so I can afford that $80 bucks for six things [watch the video and you’ll understand]. But I also wanna be conscious of it. So the irony is that this video I made, is saying that.”[source]

Video Vault: The Best Treadmill Fails Of All...

The video is cool. Thanks for sharing!

Between “I’m about to check out. Pay my $80 bucks for 6 things and get the heck out!” and “I’m riding slow in my Prius, leather seats, tinted windows – you can’t see us!” I was crying laughing!

At the time, a statement hadn’t been released by WF – but I’m glad they eventually condoned/approved of the finished product. This store filming is a zillion times better than that atrocious Wal-mart music video, smh. They should be happy.

lol i thought it was too cute. i laughed out loud a couple times. and it’s so true; if you don’t go into whole foods with a plan and knowing how to be the frugality expert, you will end up spending $80 on 6 items.

Loved it!!! Besides I know where those Whole Foods are. LOL I personally visit the one in El Segundo. :O)

Hilarious! I want an NYC version!

That was pretty funny. It made my night. : )

Cracked me up!!!! Especially when he spins that organic lettuce in the plastic bag at the end! I can’t stop watching it.

LOL! My favorite part too!

I remember when this video came out. I watched it probably 15 times.lol. Dude who did this has since went on to be in an actual Prius commercial.

This video is HILARIOUS! Many points had me snickering on the low (since I am at work). Especially the lady in the flower department whose eyes were darting left and right trying to make sure her manager didn’t see her singing the chorus. Ha ha!

Hilarious! I love Whole Foods. Go there all the time. And yes, I feel him about paying $80 for 6 things, LOL.

I found myself in the parking lot of this exact whole foods one day. No lie I was nearly hit by a Prius.

Whole Foods parking lot is a war zone Friday – Sunday night in Boston, MA. I have been challenged by hybrid cars of all kinds and Audi’s.

That video is hysterical. I feel him. Those little shopping carts,,,,,ROFL. #firstworldproblems.