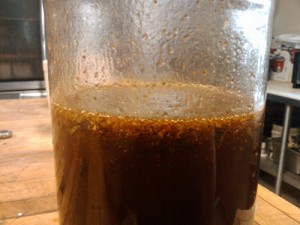 Next, heat the sesame oil over medium heat and then add the onion mixture and cook until the onions start to release their juices, about a minute or two. Then turn the heat to medium low and mix in the olive oil, honey, molasses and brown sugar. Stir until the sugar has almost completely dissolved, then add in the soya sauce. Bring to a quick boil, then reduce the heat and let simmer for about 30 minutes. Once done allow the marinade to cool completely before using it.

Paula Deen, Her Alleged Diabetes, And Why I Can’t Stand Her