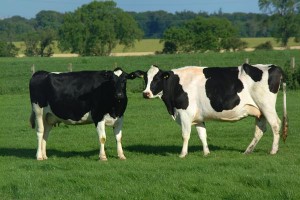 Q: I saw you tweeting yesterday about how being called “cornfed” isn’t really a compliment. I’ve heard me and my girls be called this before, but it didn’t sound mean. Why isn’t it a compliment?

A: For those who may not know (and there may be many, because I only hear this used in random places in the midwest and the south), you use “cornfed” to describe a person with a large behind and large thighs. “You see Suzy Q lookin’ all cornfed in those jeans?”

This has a long backstory, that results in a very short simple answer. I’ll keep it as short as I can. 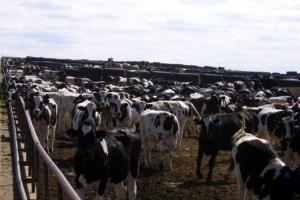 Now, cows aren’t supposed to be fed corn, but they are. Cows aren’t supposed to be kept in small and crowded quarters, but unfortunately, they are. Cows are fed corn because corn is a cheap way to quickly fatten up a cow. Cows are kept in crowded quarters because the lack of exercise, coupled with theintentionally fattening diet, causes the cows to fatten up (or, in the eyes of the industry,”grow”) much quicker. There’s not as much muscle (if any) as it would be if the cow had its proper diet and exercise.

So, basically, a cornfed cow is a poorly fed, poorly exercised, fat cow in comparison to what it should be. That’s the origin of the term “cornfed.” It’s basically meant to imply that a cow is more fat than muscle. It’s kind of interesting – the parallel, there.. because people who eat a bad diet and don’t get proper exercise suffer that same fattening fate. I don’t really know how it morphed into a compliment for women – if I called a girl a fat cow, she’d probably want to slug me – but nowadays, practically anything said to a woman with a smile is taken as a compliment. I don’t really know where to go with that.

So… now that you know, how can you respond? I have two answers… depending upon what kind of mood I’m in. For one, I’d give the “confused Scooby Doo” look and say, “You know that’s not a compliment, right?” And when I’m told “Yes it is!” I’d simply reply, “Do you know where that comes from?” And when you get the answer that clearly denotes a lack of understanding, reply “How do you know its a compliment if you don’t even know where it came from?” and end the conversation. My second answer still involves the “confused Scooby Doo” face, but that’s it. Nothing else.

I’m with Liz. I always heard “cornfed” in terms of beefy, big athletic football guys who had “country” ways. And yes I used to work with a cornfed type who chewed tobacco and spat all the time in a pop bottle or can. Not mentally slow, but COUNTRY!! He claimed tobacco juice kept away mosquitoes, and bedbugs (I don’t know how he knows this!), and kept him alert when driving. It also kept him dateless for months!

I have been called: big boned, “healthy”, thick, a Cadillac (built for comfort, not speed), but never cornfed. By the way, I do LOVE a medium, thick, Grass-fed rib-eye steak every once in a while!

I’ve never heard the term “cornfe” but I have heard “ya’ll southern girls need to lay off the cornbread” or “girl you been hitting that cornbread water, look at all that booty”…..its all bad

There is a saying that goes, “he was born, bred and corn-fed to do…..” but in that case corn-fed isn’t about weight, it’s about having “traditional” American values or something.

Cornfed is country. I am completely midwestern n my husbands family is from the south. It isnt a compliment or insult, it’s a description. The term “thick” or “redbone” as in relation to this description could use a backstory piece, too.